Making it easier to check on business partners

DURING these uncertain economic times when secondary insolvency can bring an otherwise healthy company to its knees, it is important to be able to review the financial health of potential or current business partners. This will be easier to do next year in Slovakia when a registry of financial statements will be made available to businesses. While the legislation establishing this registry was being debated, an amendment was proposed to also raise the threshold for mandatory independent audits of financial statements of Slovak companies, but this was rejected by parliament.The legislation enacted was a revision to the law on accounting prepared by the Finance Ministry and adopted by parliament on December 1. 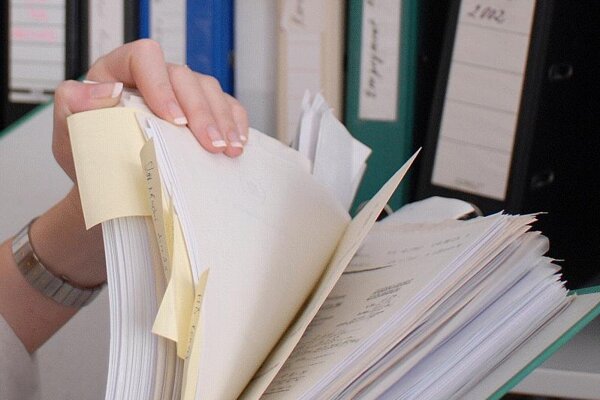 DURING these uncertain economic times when secondary insolvency can bring an otherwise healthy company to its knees, it is important to be able to review the financial health of potential or current business partners. This will be easier to do next year in Slovakia when a registry of financial statements will be made available to businesses. While the legislation establishing this registry was being debated, an amendment was proposed to also raise the threshold for mandatory independent audits of financial statements of Slovak companies, but this was rejected by parliament.
The legislation enacted was a revision to the law on accounting prepared by the Finance Ministry and adopted by parliament on December 1.

“The key contribution of implementation of the registry of financial statements will be a significant improvement in the availability and the quality of financial and other information about commercial subjects and institutions in the Slovak Republic,” the ministry wrote in its materials accompanying the proposed revision.

The ministry said the availability of this kind of information is a basic precondition for undertaking various analyses needed to assess the condition of individual companies, market sectors and the market as a whole, adding that from a macroeconomic viewpoint it will lead to better understanding of various factors influencing the economy and society. The single registry will also eliminate the current process of duplicate processing of financial statements by the Finance Ministry and by the Ministry of Justice as well as duplicate storage of the same documents: one in the Commercial Register and a second at the tax office.

In addition to savings in time and administrative tasks by government offices, the ministry believes the single registry will also reduce costs to businesses, with a positive impact on the business environment in Slovakia and more effective and transparent communication between businesses and government offices.

The registry will be officially launched at the beginning of 2013, as will the duties of companies relating to depositing their financial statements with the registry, Patrícia Malecová Šepitková from the press department of the Finance Ministry told The Slovak Spectator.

The Finance Ministry has started data entry for the registry within its DataCentrum information system. The ministry is currently entering financial statements that have been delivered to tax offices since 2009 but Malecová Šepitková said the registry is only in trial operation at the moment and is not accessible to the public.

The Federation of Employers’ Associations (AZZZ) believes that the new registry will better help businesses in dealing with the problem of secondary insolvency by enabling a company to at least roughly check the financial condition of its trading partners. Because all the information will be available electronically, Rastislav Machunka, the vice-president of AZZZ, told The Slovak Spectator that his organisation believes the positive aspects of the system will outweigh what he called some moderately negative consequences.

Ondrej Baláž, president of the Slovak Chamber of Auditors (SKAU), told The Slovak Spectator that the registry is a step in making the business environment in Slovakia more transparent. He noted that businesses were obliged to make their financial statements public before but that access to the information was relatively complicated for commercial partners, either current or potential ones, even though state bodies had direct access to the financial statements delivered to tax offices.

Additionally Baláž noted that companies have very varied business activities and that an effort to box up all companies into a single prescribed pattern for reporting their financial data could be problematic.

Some business leaders sought to use the process of amending the law on accounting to raise the threshold level for mandatory independent audits of financial statements, arguing that the current threshold is below that set by the European Union, which increases costs and administrative burdens on smaller businesses. But an amendment to this effect failed to receive enough support in parliament.

Finance Minister Ivan Mikloš argued against a change in the threshold, stating that if the change was adopted the number of companies required to have independent audits of their financial statements would fall by four-fold, according to the SITA newswire.

The proposal to raise the threshold originated with the National Union of Employers (RÚZ) and an amendment was submitted to parliament by Martin Chren, an MP from Freedom and Solidarity (SaS) party.

“The duty of audit applies to a large number of companies that must bear the cost of an annual audit,” Martin Hošták of RÚZ told The Slovak Spectator, adding that this is a significant cost item and that the law on accounting does not distinguish based on other indicators as to which companies really need to have an independent audit.

Hošták said the current threshold in Slovakia’s legislation is far lower than the requirements of the European Union. Slovakia’s requirement for an independent audit applies to companies with balance sheet assets of €1 million or more or net turnover of €2 million or more, compared to the EU thresholds of €4.4 million for assets or €8.8 million for net turnover. In addition, every company in Slovakia with more than 30 employees is required to have an independent audit of its financial statements, while the EU requires this only for companies with 50 or more employees. The RÚZ recommended increasing Slovakia’s thresholds to correspond with the requirements of the EU while preserving the possibility for smaller companies to choose to have their financial statements audited.

Chren argued that his proposal would reduce the administrative burden on Slovak businesses, with a positive impact on the business environment. Currently, about 6,695 Slovak businesses are required to have an independent external auditor examine their financial statements and Chren’s amendment would have reduced that number to about 2,176. Chren said his proposal, eliminating the audit requirement on 4,519 businesses, 67.5 percent of those currently required to have audits, would save each business between €1,160 and €15,000. On the other hand, adoption of Chren’s proposal would have reduced the market for commercial auditing companies.

Machunka of AZZZ believes Chren’s proposal was good but that its failure to be adopted will not cause any serious deterioration in the business environment.

“It would reduce the costs of the businesses to which it pertains, but could simultaneously cause certain problems with the trustworthiness of financial statements,” Machunka told The Slovak Spectator, adding that nevertheless he believed that the benefits outweighed the negative aspects.

The Slovak Chamber of Auditors (SKAU) disagreed with Chren’s proposal to raise the threshold.

SKAU estimated that if the higher thresholds had been approved, more than 90 percent of the businesses in Slovakia that are currently obliged to have independent audits of their financial statements would be exempt from this duty.

“Based on our experience, an audit is especially beneficial for smaller companies,” Baláž stated. “With regards to regulations that are often undergoing changes and the small number of accounting employees in Slovak companies, there is a huge accumulation of functions and the responsible employees often do not have time to notice all the changes. For them an auditor is often the first source of needed information.”

The TNS agency conducted a survey for SKAU on a sample of 100 companies and the representatives of these companies perceived the requirement to have an independent audit as a means to obtain some certainty that their accounting had been done correctly (88.6 percent) and at the same time believed that an audit is a tool that increases their company’s trustworthiness in the eyes of commercial partners, banks and the government (62.3 percent). In this survey 45.6 percent of the respondents agreed with the current threshold levels and 21.9 percent said that an audit should be mandatory for all companies. SKAU provided this information in its official stance on Chren’s draft revision, as reported by the SITA newswire.

Baláž added that since tax issues are intertwined with proper accounting methods, an audit can be useful in detecting errors.

“SKAU believes that an audit of accounting significantly contributes to reduction of tax mistakes,” Baláž stated. “In many companies the auditor is often the only expert person who is checking accounting. Tax checks often do not come for several years and they often focus on one specific area, but an auditor must comprehensively check all accounting.”