GLOBALISATION, the financial and economic crisis and reduced government budgets do not make it easy to enforce a country’s tax laws and catch tax cheats. Slovakia certainly faces these problems, and says it realises that more efficient and effective tax collection is not only a way to increase state revenue but is also a key to a healthier business environment. 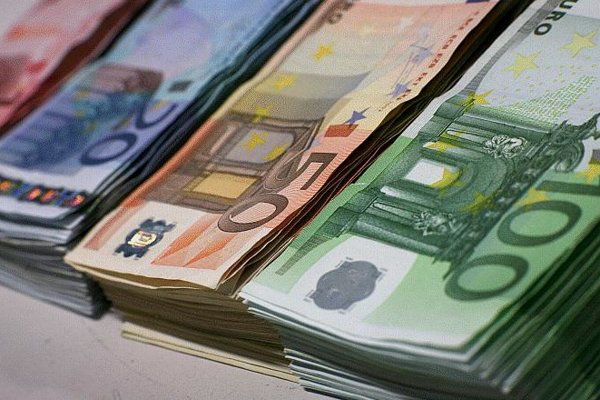 GLOBALISATION, the financial and economic crisis and reduced government budgets do not make it easy to enforce a country’s tax laws and catch tax cheats. Slovakia certainly faces these problems, and says it realises that more efficient and effective tax collection is not only a way to increase state revenue but is also a key to a healthier business environment.

“The current uncertain economic situation puts tax administrators as well as taxpayers in front of new demanding challenges,” Stan Jakubek, country managing partner of Ernst & Young in Slovakia, wrote in a press release accompanying the firm’s 2011-2012 Tax Risk and Controversy Survey, subtitled A New Era of Global Risk and Uncertainty published in early December 2011. He wrote that all national governments need more tax revenues flowing into their coffers and are moving to strengthen their cooperation to better check cross-border transactions and share more information about national tax returns.

The Slovak Finance Ministry knows that it must focus on efficient and effective tax administration since indirect and direct taxes are the most significant sources of revenue for the state. It views improvement in tax collection as one of the ways to avoid raising tax rates and as a means to improve the business environment, ministry spokesperson Martin Jaroš told The Slovakia Spectator.

The survey found that 75 percent of companies reported a rise in the number or aggressiveness of tax audits and 97 percent of the tax administrators stated they want to increase their observation of international financial flows and cross-border transactions in the coming three years in order to detect tax fraud.

“Transfer pricing remains a leading source of controversy; and indirect taxes, the migration of intangible assets and issues of a firm’s permanent establishment are all becoming sources of intense focus for taxpayers and governments alike, reflecting continuing globalisation,” Ernst & Young wrote in the survey report.

The Slovak Finance Ministry pointed out that neither the ministry nor representatives of companies based in Slovakia had participated in this particular survey and that while some corporate executives and tax administrators from other EU member countries took part the survey was primarily focused on countries such as India, the United States, China, Brazil and others. For that reason Jaroš said it is not possible to generalise from some of the statements and findings from the survey or to assess the situation in Slovakia from its conclusions.

But the Finance Ministry representative did agree that transfer pricing is one of the most significant and debated issues in the field of international taxation.

“This is because this area has a significant impact on state budgets,” Jaroš told The Slovak Spectator, adding that revenues flowing into state budgets from various taxes have decreased across the world, especially since the economic crisis.

This is why Slovakia’s Finance Ministry is paying special attention to transfer pricing and has a priority task for 2012 to create a functional mechanism within the country’s Financial Administration that will assure effective performance by the state level office and individual tax offices in monitoring transfer pricing of corporate taxpayers. The goal is to adopt effective measures that will allow the Financial Administration to undertake more comprehensive and effective tax audits to examine transfer prices set by international corporations.

A main priority of the EU and its member states in the area of indirect taxes, specifically value added tax (VAT), is protection of each country’s tax revenue and detecting and prosecuting tax frauds. Several initiatives are underway.

“The way VAT is collected has not changed almost since its introduction,” Jaroš told The Slovak Spectator. “It still primarily depends on self-reporting by the tax subject, after which the tax administration may later carry out an audit.”

The European Commission has begun working on a feasibility study to find ways to improve VAT collection as part of an ongoing discussion about its strategy to fight VAT fraud as well to make the future VAT system as effective, simple and fraud-proof as possible.

Slovakia’s Finance Ministry is putting forth several initiatives to improve in-country tax collection with the goal to establish clear and unambiguous tax legislation and regulations that do not permit variable interpretations. It also wants Financial Administration staff to be more focused on dealing with uncooperative taxpayers or those who cheat the system, with better targeted tax audits and more systematic monitoring.

“Uncompromising proceedings against fraudsters on one side and forwardness and willingness to cooperate with responsible taxpayers on the other hand should be characteristic for all staff in the Financial Administration, but that requires improvement in their expertise and their remuneration,” Jaroš told The Slovak Spectator.

The Finance Ministry has implemented several measures to improve tax collection, while other initiatives are still in the pipeline. Each tax office in Slovakia should have a special supervisory team to deal with transfer pricing. Based on a concept paper to fight tax fraud adopted by the government in May 2011, several non-legislative regulations have now been instituted and a draft revision to the VAT law has been prepared as well. Revised legislation on excise taxes took effect at the beginning of 2012. That is expected to lead to more effective tax audits and better monitoring of the production and movement of goods that can more easily escape taxation.