THE TOWN of Pukanec in south-central Slovakia was primarily a mining town. But it is interesting to take a look at how the town’s children were educated in the past. 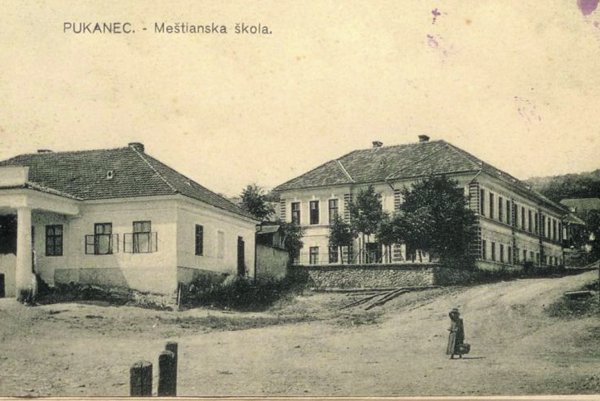 THE TOWN of Pukanec in south-central Slovakia was primarily a mining town. But it is interesting to take a look at how the town’s children were educated in the past.

The very first mention of a school is from 1606 and tells of a Lutheran lyceum established in the town. Later more historical records appear: one slightly comical one is from 1769, in which Andrej Katulay, a teacher and organ player, asks the town council to finally grant him a salary.

The Pukanec school and education of the town’s children are marked by tensions between the Roman Catholic and Protestant (Evangelical) branches of Christianity – and Pukanec flip-flopped several times on whether students of different religions should be educated together or separately.

In 1829, the archbishop of Esztergom, Jozef Rudnay, ordered the school in Pukanec to be divided into Roman Catholic and Evangelical classes. In 1836 the children were taught together again, but that was then reversed in 1853. Whether the energy put into dealing with this particular question contributed in any way to the quality of the students’ education is not known.

A milestone in local education was the arrival of large numbers of Czech teachers in the first years after the establishment of the common state of Czechoslovakia in 1918.

This postcard from the 1920s shows the second-level school (meštianka or meštianska škola in Slovak) in Pukanec. It is notable that the town’s main street was still unpaved at this time.