THE FAMOUS collection of coins known as the Košice Golden Treasure has left its home in eastern Slovakia and gone on show in the dignified setting of Wawel Castle in the southern Polish city of Krakow. 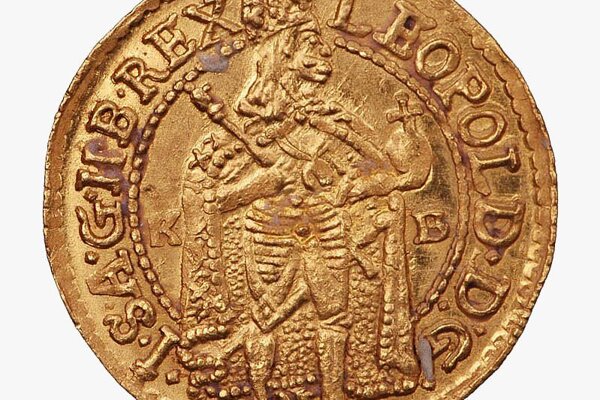 THE FAMOUS collection of coins known as the Košice Golden Treasure has left its home in eastern Slovakia and gone on show in the dignified setting of Wawel Castle in the southern Polish city of Krakow.

The treasure was found on August 24, 1935, during reconstruction of the headquarters of the Financial Directorate in Košice’s Hlavná ulica, the SITA newswire wrote. It consists of 2,920 golden coins, three medals and a Renaissance chain more than two metres long. The items are believed to have been hidden during the anti-Habsburg revolt of Imrich Tokoly, whose units seized the city in 1682. Based on the age of the latest coins among those found, the collection can be dated to between 1679 and 1682. The original owner was probably a member of the Spišská komora (Spiš Chamber), i.e. an important official in the Habsburg financial administration. The building where the treasure was found belonged to the Spiš Chamber, which was the main financial institution in the eastern part of Greater Hungary.

In spite of what is known about the treasure, there is still some debate about who it belonged to. The coins were made in 81 mints between the 15th and 17th century, mostly in the form of ducats.
The three gold medals included in the treasure are rare, and the medal depicting Emperor Ferdinand I on horseback, from 1541, is the only one of its kind in the world. The oldest coins are ducats of Sigismund of Luxembourg, minted between 1402 and 1404; the latest ones, which helped date the collection, are ducats of Leopold I minted in Kremnica in 1679.

Wawel Castle in Krakow is a Polish cultural monument and together with Wawel Cathedral, which stands within the walls of the castle, has a crucial place in Polish history. In the crypt of the cathedral lie sarcophaguses containing the remains of Polish kings and heads of state, including those of Polish President Lech Kaczynski, who died in an plane crash in 2010.

The patrons of the exhibition are Slovak Culture Minister Daniel Krajcer and his Polish counterpart, Bogdan Zdrojewski. After successful exhibitions in Bratislava, Prague and Budapest, the treasure will be on show at Wawel from February 6 until mid April.