THOUGH refraining from any bold predictions regarding the actual results of the parliamentary elections, two political pollsters agree that the turnout at the polls on March 10 will be quite low compared to previous elections. In the June 2010 parliamentary elections 2,566,779 citizens went to the polls, 58.83 percent of the registered voters. 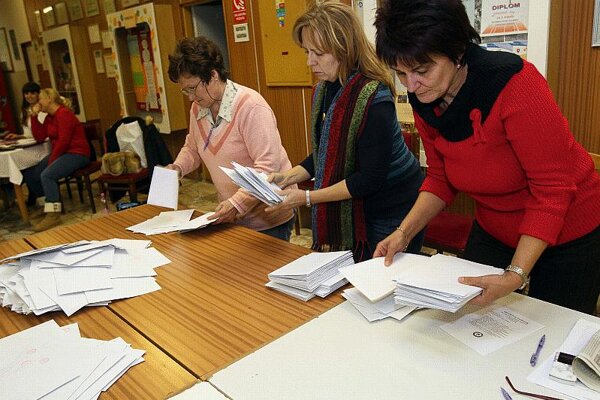 THOUGH refraining from any bold predictions regarding the actual results of the parliamentary elections, two political pollsters agree that the turnout at the polls on March 10 will be quite low compared to previous elections. In the June 2010 parliamentary elections 2,566,779 citizens went to the polls, 58.83 percent of the registered voters.

Martin Slosiarik from the Focus polling agency predicts that the turnout for the elections will be somewhere between 43 and 48 percent, adding his view that this is the first time in the history of independent Slovakia when voters’ interest decreased as the vote approached.

“Even in the case of a last moment mobilisation, it cannot be expected that the turnout will be over 50 percent and that would mean, in a comparative point of view, the historically lowest election turnout since 1989,” Slosiarik told The Slovak Spectator.

Ján Baránek from the Polis agency said there are two main reasons for his expectation of a low election turnout: disappointment from the fall of the government last October and the publication of the so-called Gorilla file on the internet in December 2011, a document allegedly prepared by the Slovak Information Service (SIS) intelligence agency that documents high-level political corruption in 2005-6.

“There is a large lack of motivation, especially among right-wing voters,” Baránek told The Slovak Spectator.

Slosiarik added that allegations in the Gorilla file have caused some voters even to lose faith in Slovak democracy.

“They [the voters] do not believe that politicians really represent the public interest of society,” he stated, adding that he does not expect this feeling to change in the near future.
Both Baránek and Slosiarik said the political parties have not done much to persuade voters to go to the polls but also added that the media has been focused primarily on the Gorilla file and reactions from politicians about the allegations, and that has reduced the opportunity for parties to present their election programmes to voters.

Baránek said that if some of the current political leaders now try to appeal for people to vote it could be counterproductive since some of those politicians have been linked to the alleged corruption reported in the Gorilla file. He added that if certain party leaders associated with the allegations in the Gorilla file had left their party slates when the information first surfaced then new leaders might have had more success in persuading Slovaks to vote.

Baránek added that the only way to attract voters in the few remaining days before March 10 are direct appeals from distinguished members of society, but not from the parties or candidates themselves, to vote for a specific party.

“It should be done by someone who is more or less out of these corrupt affairs, [who represents] an alternative for people who are disappointed or do not know who to vote for,” Baránek told The Slovak Spectator.

Slosiarik said that the negative feelings among some Slovaks about the current political environment will mostly impact the Slovak Democratic and Christian Union (SDKÚ) party.

The reason is that in previous elections it always tried to present itself as the party that sought to improve transparency and fight corruption.

“Some of its [SDKÚ’s] voters regard the information in the Gorilla file as a betrayal,” Slosiarik stated.

But he added that the current situation within Freedom and Solidarity (SaS) following publication of the so-called Sasanka files, which describe alleged conversations between the party’s chairman, Richard Sulík, and businessman Marián Kočner, could negatively affect those voters who might have cast their ballots for SaS.

“Mostly the new parties such as OĽaNO [Ordinary People and Independent Personalities] and 99 Percent – Civic Voice can take advantage of the massive disappointment in the centre-right political spectrum,” Slosiarik stated.