A MAJOR South Korean investor will have to wait for a response to its request for an investment incentive until a new government is formed after the parliamentary elections scheduled for March 10.But electronics manufacturer Samsung says it will not quit Slovakia, despite the decision by the outgoing Iveta Radičová cabinet on February 22 to delay a decision potentially worth tens of millions of euros. 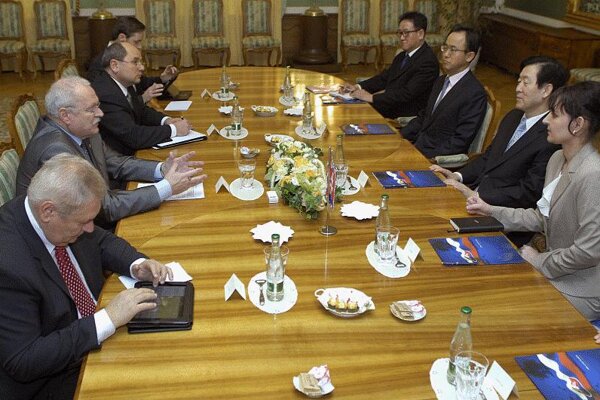 A MAJOR South Korean investor will have to wait for a response to its request for an investment incentive until a new government is formed after the parliamentary elections scheduled for March 10.
But electronics manufacturer Samsung says it will not quit Slovakia, despite the decision by the outgoing Iveta Radičová cabinet on February 22 to delay a decision potentially worth tens of millions of euros.

Samsung Electronics Slovakia has been seeking investment stimuli in the form of tax relief worth €28 million to support its plan to invest €90 million in the modernisation of its plant in Galanta and thereby, it says, help to preserve 950 jobs.

However, the Slovak government has said that it needs assurances that the investment will go into research and development and the creation of new jobs.

“We have not refused to provide assistance, but we have several question marks,” said Prime Minister Iveta Radičová when explaining the cabinet decision, as quoted by the SITA newswire. “The first question mark is whether the preservation of the existing jobs is in question and the second is whether Samsung will go on in the same way after every investment stimuli, i.e. after exhausting one it will then apply for another and say that if it is not provided it might leave.”

The state aid which Samsung is seeking amounts to nearly €30,000 per job maintained. However, investment incentive rules in Slovakia allow state support only for the creation of new jobs, or for regions with high unemployment. Samsung’s Galanta plant is in Trnava Region, which has comparatively low unemployment.

According to Slovak President Ivan Gašparovič, the Korean party is open to further negotiations. Meanwhile, Gašparovič, speaking through his spokesperson Marek Trubač, said that Samsung “in no way said a word about leaving Slovakia” during the president’s meeting with company executives, SITA reported on February 23. Gašparovič added that he agreed with the cabinet’s decision.

Radičová said that Economy Minister Juraj Miškov has to complete the material on the investment stimuli adding that “as long as Samsung turns to the government and really fulfils the agreement from 2005 about the research and development centre then the government, of course, can only support such activities”.

Daniela Piršelová, a spokesperson for the Economy Ministry, told The Slovak Spectator that Samsung Electronics Slovakia employs more than 4,500 people, including more than 2,000 in Galanta, and approximately the same number of workers are employed by its subcontractors.

According to Piršelová the investment would modernise production of LCD and LED TV sets and allow manufacturing of new types of 3D, SMART and OLED televisions.

“Only provision of tax relief which is in line with the Economy Ministry strategy to gradually phase out direct support for investors is being considered,” Piršelová said.

The average monthly wage at the factory will be €937, according to ministry data.

“The required information about the research and development aspect of Samsung’s new project will be complemented, and the proposal for the investment incentive will be resubmitted to the next government session,” Piršelová said.

However, the establishment of a big research centre in Slovakia is unrealistic, according to Slovak Academy of Sciences analyst Vladimír Baláž. He said that “companies leave research centres in their home countries, as these are very lucrative issues.”

“Even a small centre with a few dozen researchers would be a success for us,” Baláž stated, as quoted by Hospodárske Noviny. He added that Slovakia would not have the capacities for a bigger one.

Last autumn local media reported that the company was toying with the idea of leaving Slovakia.

Samsung dismissed the reports but admitted that the situation in production of LCD screens was unfavourable. Over the last five years, Slovakia has provided Samsung with investment aid of over €10 million. Samsung Electronics Slovakia has been active in Slovakia since 2002, SITA reported.

Samsung is not obliged to remain in Slovakia, as investment incentives exceeding €130 million that were approved in 2006 were used up one year ago and the company would no longer have to return the assistance if it did not stay in Slovakia, the economic weekly Trend reported.

The production of home cinema systems, satellite receivers and other electronic goods was transferred to other companies and partner factories in Hungary and Romania in 2009, according to Trend.

In contrast to these two countries, Slovakia is unable to offer such low wages, and hence is only producing medium and higher class LCD televisions.