WHEN parliament adopted an amendment to the Act on Bankruptcy and Restructuring last fall it raised hopes that the business environment in Slovakia would improve. The revised law became effective on January 1 and while it is too early to assess its overall impact, businesspeople and lawyers say it has put some new weapons in the hands of creditors. Nevertheless, some are concerned that the changes were passed too late and that many debtor companies currently in bankruptcy no longer have the assets to repay their creditors. 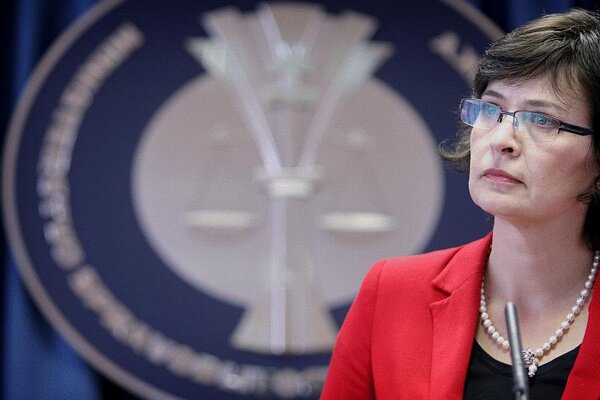 WHEN parliament adopted an amendment to the Act on Bankruptcy and Restructuring last fall it raised hopes that the business environment in Slovakia would improve. The revised law became effective on January 1 and while it is too early to assess its overall impact, businesspeople and lawyers say it has put some new weapons in the hands of creditors. Nevertheless, some are concerned that the changes were passed too late and that many debtor companies currently in bankruptcy no longer have the assets to repay their creditors.

“The approval of the amendment is a positive signal for decent business people,” said Justice Minister Lucia Žitňanská last October when parliament passed it. “The time is ripe to put an end to speculative practices when an indebted company files for bankruptcy too late, when it officially no longer has assets and creditors' claims cannot be satisfied, or when bankruptcy proceedings were prepared in advance with 'friendly' creditors so that it would mean only a transfer of assets from one company to another [related company].”

The Business Alliance of Slovakia (PAS) surveyed businesspeople and reported that half of the respondents believe that the new law will have a positive impact on payment discipline because the risk that a creditor would open a bankruptcy proceeding against a company not meeting its obligations has significantly increased. A quarter of those surveyed by PAS were sceptical of the benefit of the amendment and a similar number had no opinion, Róbert Kičina, the executive director of PAS, told The Slovak Spectator.

Peter Makovický, the executive officer of Exekučná, a debt-recovery company, told The Slovak Spectator that he perceives some scepticism among certain expert circles such as lawyers but believes the amendment will be viewed more positively in the future.

One of the most significant changes made by the amendment is in the definition of an insolvent company. The previous law defined an insolvent company as a debtor with two or more creditors. The amendment states that a company is required to declare bankruptcy if it is unable to pay one creditor a debt that is past due for more than 30 days. The amendment also establishes personal liability on the part of company executives who violate this obligation to start bankruptcy proceedings. If executive officers or members of statutory boards of an insolvent company do not start bankruptcy proceedings in accordance with the requirements of the law, those persons will be obliged to contribute a sum equal to the firm’s original basic capital into the general bankruptcy estate.

Another major change is that a creditor will now be able to submit a claim even after the 45-day deadline after the start of bankruptcy proceedings has passed, Makovický said.

Analysts and attorneys believe that these new parts of the bankruptcy and restructuring law put new weapons in the hands of creditors.

“The threat [of initiating a bankruptcy proceeding] forces chronic or large debtors to re-assess their attitudes to their creditors and pushes them into more active resolution of debts,” Radovan Pala, partner of the e|n|w|c Natlacen Walderdorff Cancola law firm, told The Slovak Spectator.

Jana Marková, chief analyst at the Slovak Credit Bureau (SCB) that maintains credit registries in Slovakia, believes the greatest benefit of the amendment is to move the process closer to the goal of the bankruptcy law: to have creditors’ claims satisfied as completely as possible and to force companies that cannot pay their debts to exit the market as soon as possible.

Pala said he sees two levels of improvement for creditors under the new law. The first is that a creditor can take action against a debtor while there is still a possibility that assets are available that can be liquidated in order to pay the creditors and before a debtor has the ability to transfer assets to an affiliated company or persons. The second improvement is that the amendment will substantially reduce the possibility that an affiliated company or persons will exert undue influence during bankruptcy or restructuring proceedings via various machinations that were not explicitly forbidden under the previous law.

“The most fundamental benefit is that the amendment brings creditors an accessible possibility to initiate bankruptcy proceedings against debtors,” Pala stated, adding that it eliminates the previous situation in which a creditor could initiate bankruptcy proceedings only when it held an enforceable executory title, in essence a court judgement against its debtor. The amendment now permits a creditor to file a bankruptcy petition by demonstrating that it has a payable claim in its accounting books.

But Pala views the amendment’s definition of ‘affiliated persons’ as too broad in that already a 5-percent ownership share held indirectly or via executive employees or their relatives meets the standard of an affiliated relation and he believes this could be a double-edged sword. Pala also commented that the new legislation enables creditors to challenge each others’ claims during bankruptcy proceedings and he is not convinced that Slovakia’s bankruptcy courts are prepared to settle such disputes between creditors quickly enough.

There is a general expectation that the number of active bankruptcies will increase this year. Kičina sees the global financial crisis from 2008 as the primary reason for the growth of bankruptcies in Slovakia but noted that some companies were able to cover their restricted cash flow stemming from poor payment discipline by debtors from their own reserves but that more companies are now becoming insolvent because the general economic situation in Slovakia is in a quagmire and is not improving very much.

“Because the bankruptcy legislation is now more flexible, I expect another increase in bankruptcies this year in Slovakia,” Kičina told The Slovak Spectator.

The SCB does not view an expected increase in bankruptcies as a negative outcome.

“We perceive bankruptcy to be a ‘curing’ process enabling problematic companies to depart from the market,” Marková of the SCB told The Slovak Spectator. “Simultaneously, we expect that the changes [in the law] should reduce the number of bankruptcy proceedings halted or cancelled due to a deficiency of assets.”

Pala believes the amendment should have been passed by parliament much earlier.

“If it had arrived roughly two to three years ago, its positive impact would be much more visible,” Pala said. “Since the first crisis wave is already over, a large number of debtors are without any assets.”