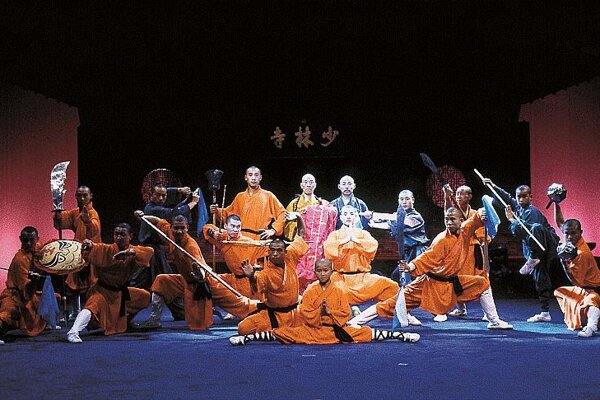 Bratislava
SHOW: A SHOW by Shaolin monks which has travelled the world and enchanted TV viewers is about to visit Slovakia for the third time. On this occasion the Chinese martial artists will break wood, bend metal and push heavy objects with spears pressed against their throats, among other spectacles. The monks’ Slovak tour will include a show in the Hant Aréna (aka Pasienky), Trnavská cesta 29 in Bratislava, on March 6 at 18:30. Their tour also includes dates in Nitra (March 5) and Komárno (March 7). Tickets cost from €5 to €30 and can be bought through www.ticketportal.sk.

Bratislava
LIVE MUSIC: We Have Band – This British trio from London, whose music can best be described as disco-punk and who rose to fame at the Glastonbury Festival, come to Slovakia as part of their European tour. The band will be supported by from Austrian band My Name is Music.
Starts: March 5, 20:00; KC Dunaj, Nedbalova 4. Admission: €12-€16 (in advance), €18 (on the door). More info: www.kcdunaj.sk.

Bratislava
EXHIBITION: Nový T(o)var / New G(o)ods – This exhibition shows sex toys designed by Anna Marešová that won the Czech National Award for Student Design 2011. Her unusual and innovative works have attracted the interest of facilities and individuals from all over the world.
Open: Mon-Fri 10:00-18:00 until March 15; showroom of the Kabinet company, Mlynské nivy 34. Admission: free. More info: www. designcabinet.cz, www.kabinetkabinet.sk.

Štrbská Pleso
ICE RINK: A NEW ice rink opened at Štrbské Pleso in the High Tatras at the end of January. Both visitors and local residents can use the rink, which is near the Kempinski Hotel at an altitude of 1,350 metres and is 10 metres long and 15 metres wide. The rink is not artificially cooled, so the outside temperature has to be below zero for it to operate. Ice skates can be rented by those who do not have them on hand. Weather allowing, the rink will operate until the end of March.

Košice
BALLET: Labutie jazero / Swan Lake – This classical ballet in three acts by Marius Petipa and Lev Ivanov to the music of Tchaikovsky is an element in the basic repertoire of almost every large ballet company. It is being staged at the State Theatre by Ondrej Šoth, Marilena and Andrej Halász, with music conducted by Igor Dohovič and performed by the theatre orchestra; the ballet is danced by Košice-based artists.
Starts: March 10, 19:00; Štátne divadlo, Hlavná 58. Admission: €3.50-€8.50. Tel: 055/2452-200; www.sdke.sk.

Prešov
PLANETARIUM/MUSIC: Hudba pod hviezdnou oblohou / Music under the Starry Sky – This (recorded) musical programme under the artificial sky of an observatory this time offers the unique voice of Italian tenor Andrea Bocelli; a lecture on the planetarium’s ZKP-2 projection device will be provided for those interested in astronomy.
Starts: March 8, 18:00; Planetarium, Dilongova 12. Admission: €2. Tel: 051/7722- 065; www.astropresov.sk.