Town seeks to save its ancient church

RESIDENTS of the municipality of Zacharovce near Rimavská Sobota are seeking funds to save their town’s 15th-century church, which is listed as a national cultural monument. 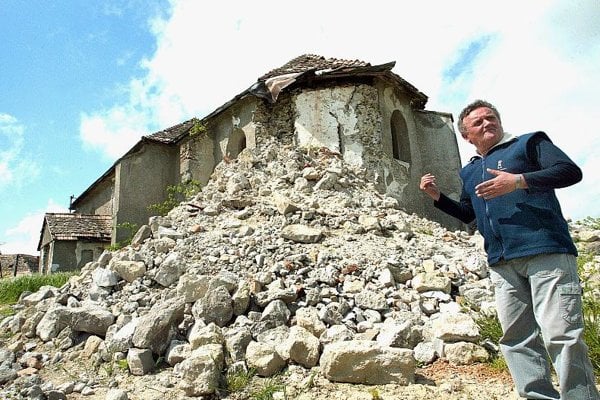 RESIDENTS of the municipality of Zacharovce near Rimavská Sobota are seeking funds to save their town’s 15th-century church, which is listed as a national cultural monument.

Zacharovce mayor Ružena Gembická told the SITA newswire that her municipality sent an application for a €35,000 financial subsidy for basic research work – historical, archaeological, architectural and static – at the end of last year.

“We received the ownership transfer deed [for the church] shortly before Christmas, almost like a Christmas present,” the mayor said, adding that “it won’t be easy but we will do our best to save it.” It took several years for the church to pass to municipal ownership, with the mayor saying that the church previously belonged to the state and was administered by the former District Council (Okresný národný výbor) but that the property should have been transferred to the municipality when the council was abolished.

The condition of the church deteriorated during this period of uncertain ownership and Gembická said the church’s 35-metre tower collapsed in 2002, that a leaking roof has caused mildew to form and freezing water has caused large cracks in the walls. Gembická told SITA that “it is sad how the state allows its cultural monuments to deteriorate”.

If the request for financial assistance for the research work is successful, the municipality will co-finance the renovation work by covering five percent of the costs, according to the grant proposal titled Obnov si svoj dom (Renew Your House). The municipality estimates €664,000 will be required to save the historic church and the mayor hopes that the town will be able to get help from EU funds or the Norwegian Fund.

The mayor said residents regularly retell a legend that one of the Hussite commanders who fought in the battle of Lučenec nearly 600 years ago is buried at the church.