SECONDARY insolvency is a well-known phenomenon in Slovakia: its effects can bring even otherwise healthy companies to their knees. Businesses report worsening payment discipline, but some have learned a lesson from the crisis-hit year of 2009 and adopted precautionary measures. Nevertheless, there is still room for improvement – or at least for more caution. 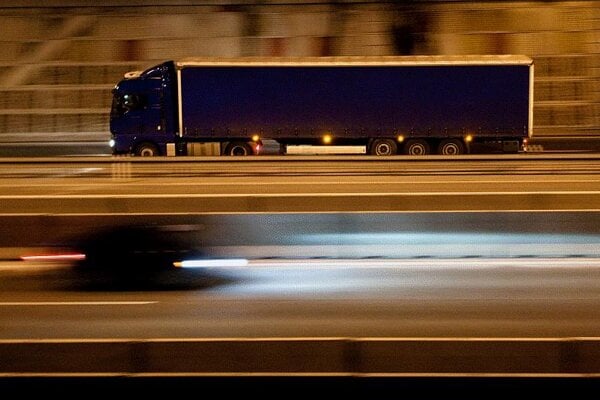 SECONDARY insolvency is a well-known phenomenon in Slovakia: its effects can bring even otherwise healthy companies to their knees. Businesses report worsening payment discipline, but some have learned a lesson from the crisis-hit year of 2009 and adopted precautionary measures. Nevertheless, there is still room for improvement – or at least for more caution.

“The situation has incomparably deteriorated,” Róbert Kičina, the executive director of the Business Alliance of Slovakia (PAS), told The Slovak Spectator. “While before the crisis managers voiced satisfaction with the payment discipline of their trading partners, since the crisis hit Slovakia in 2008 their tone has changed and they are still complaining about the time it takes for invoices to be paid, or the failure of their debtors to pay up at all. This exposes a certain group of companies, especially those with weak capital reserves, to the risk of secondary insolvency.”
Based on PAS surveys, 5 percent of companies are secondarily insolvent and another 20 percent are close to being so.

“I consider these to be alarming numbers since every fourth company faces existential risk,” said Kičina.

On the other hand, Peter Makovický, executive officer of Exekučná, a debt-recovery company, points out that secondary insolvency was a phenomenon in Slovakia long before the crisis and that businesses commonly have made use of the money of their sub-contractors in the form of supplier credits. In his opinion, the current crisis has not changed the situation and he says the ratio of cases caused by secondary insolvency has not changed.

Tomáš Mezírka, representing Atradius Credit Insurance N.V. in Slovakia, says his insurance company is not recording any significant increase in failures to settle obligations either in Slovakia or abroad from the viewpoint of aggregate volumes involved with secondary insolvency. But future development is foreseeable only with great difficulty because the inclination of a large portion of businesses is to succumb to panic. This leads to the retention of cash in banks or within companies, and its reduced circulation with consequent impacts on the ability and willingness of other companies to settle their obligations.

“Personally I expect a stabilised situation without any major drops and, in a better-case scenario, even a moderate improvement,” Mezírka told The Slovak Spectator.

Experts see companies with small financial and capital reserves, i.e. especially small and medium-sized companies, as being most at risk from secondary insolvency. Kičina also believes those which did not thrive before the crisis that are now suffering from reduced profits, or are even trading at a loss, as being at risk.

According to Makovický, secondary insolvency occurs in all business sectors in Slovakia, but is most prevalent in the construction sector, including suppliers of related technologies, materials and services, in road trasport and in the car-component manufacturing sector. Mezírka also identifies these sectors as being most at risk.

“Companies without strong enough financial backgrounds which do not have their claims insured will be most endangered,” said Mezírka. “Drop-outs in payments may be ‘lethal’ for them.”

Makovický said his company registered a significant increase in new claims from existing partners in December 2011 and January and February of 2012. But at the end of February the spring school holidays brought the numbers back to internationally comparable levels.

“In any case, at the beginning of the year we registered a number of cases which we took over during the first five months of last year,” said Makovický. “The development of the financial markets, the sovereign debt crisis and the political situation are not helpful to the business environment in Slovakia and businesspeople are not always looking into the future with optimism.”

Makovický believes that once concern about the euro, the sovereign debt crisis in Europe and the internal political situation settle down, payment discipline may improve.

Kičina noted that before the crisis more than half of invoices were settled within one month. Now he said invoices are commonly settled only within two or three months – and, in a tenth of cases, only after three months.

Mezírka is more optimistic and says that while Slovakia is often assessed as more risky, he is personally convinced that it enjoys significantly better payment discipline than some ‘Western’ countries.

“Alas, you always come across a fraudster who damages the reputation of this country,” said Mezírka.

Experts stress that caution is the primary method for avoiding problems with late payment and consequent secondary insolvency.

“The first protection is carefulness – checking new trading partners, curbing deals with irresponsible partners, requiring payment in advance and so on,” said Kičina. “Here I would expect better spreading of information about businesses and their payment discipline from the side of the state, for example via a portal of defaulters or via a blacklist. An insolvency register with up-to-date and well-arranged databases of ongoing bankruptcy proceedings would help too. Another possibility, but financially more demanding, is insurance of claims or their sale.”

With regards to popular ways to solve problems caused by secondary insolvency, companies most often reach for arbitration, according to Makovický.

“Companies have realised that proceedings at state courts involving the construction sector are protracted and this is why they endeavour to use other possibilities, for example arbitration,”
said Makovický, adding that there are more than 100 arbitration courts from which they can choose.

“But I can especially sum up that companies have not learned enough of a lesson and are still insufficiently attentive to prevention, preparation of proper contracts and checking of trading partners.”

According to Makovický, companies do not often enough establish credit systems with their customers through which they can set a credit limit and maturity dates that the customer must observe.
Companies should also stop granting exceptions and take action within days of the due date passing. Monitoring of customers with regards to declarations of bankruptcy, restructuring or liquidation should be a matter of course, said Makovický.

According to Mezírka, experiences in 2009 taught Slovak companies that without sufficient protection of their own claims they can be put at risk as well. He says this is also the reason for a significant increase in insurance of claims in Slovakia. Incentives for clients to pay early have also increased.