WHEN a company finds itself trapped in a desperate financial situation because of bad management decisions or unfavourable economic developments in its business sector it can file for bankruptcy and restructuring. Individuals in Slovakia can also petition to enter the process of personal bankruptcy, as this became part of Slovak law in 2007. But filing for personal bankruptcy in Slovakia is a complicated and lengthy process and it has not been widely used by individuals. The outgoing government of Iveta Radičová had said it would seek to amend the personal bankruptcy rules but failed to do so because of its shortened term. 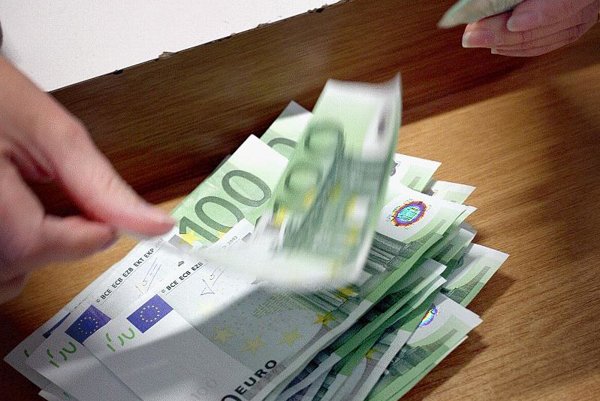 WHEN a company finds itself trapped in a desperate financial situation because of bad management decisions or unfavourable economic developments in its business sector it can file for bankruptcy and restructuring. Individuals in Slovakia can also petition to enter the process of personal bankruptcy, as this became part of Slovak law in 2007. But filing for personal bankruptcy in Slovakia is a complicated and lengthy process and it has not been widely used by individuals. The outgoing government of Iveta Radičová had said it would seek to amend the personal bankruptcy rules but failed to do so because of its shortened term.

A total of 329 persons filed for personal bankruptcy, or small bankruptcy as it is officially called in Slovakia, between 2007 and 2011 and in only four of those filings did the proceedings end with the debtor’s elimination of all debts, Peter Bubla, spokesperson for the Justice Ministry, told The Slovak Spectator. The number of individuals filing for personal bankruptcy in the Czech Republic is in the thousands, the Trend economic weekly reported.

A private individual is bankrupt, meaning insolvent or over-indebted, when debts exceed assets and the person is not able to pay at least two financial obligations to more than one creditor within 30 days after the due date of those payments, Havlát explained. If a debtor meets that definition either the debtor or one of the debtor’s creditors can file a bankruptcy petition with the appropriate court. If the court finds that the debtor meets these conditions and several others, the court assigns a bankruptcy trustee who has the responsibility to help settle creditors’ registered claims in a proportional manner.

After the conclusion of this part of the process, a three-year probationary period starts, Havlát said, and during this period the debtor must meet additional duties ordered by the court that can include allocating up to 70 percent of the debtor’s income to debts. If these conditions are met any debts remaining at the end of the probationary period can then be cancelled by the court.

Bubla reported that 53 people filed for personal bankruptcy in 2007 and elimination of debts was allowed to only one person. In 2008, 2009 and 2010 the number of personal bankruptcy petitions filed ranged between 38 and 82 each year and the number of people whose debt elimination was allowed ranged between five and 11. There were 106 personal bankruptcy petitions filed in 2011 and debt cancellation was permitted in 35 cases. Only four cases have reached the point where the three-year probationary period was completed and these debtors were released of all remaining claims against them.

According to Bubla, the personal bankruptcy process brings several benefits to debtors as well as creditors. Bubla noted that if a debtor meets the requirements under the law, his or her creditors lose the ability to further pursue a claim but that the creditors are allowed to write the claim off their accounting books and that this has an impact as well on taxation.

“The institute of personal bankruptcy also brings a benefit by clearing the market from usurious practices or high interest rates that debtors are paying,” Bubla stated.

Havlát added that the bankruptcy process can give a debtor the benefit of a brand new financial start, without debts, and a person might otherwise have these debts hanging over his or her head until the end of his life or be forced to live some parts of their life in the “grey economy”.

Both experts told The Slovak Spectator that the current law on personal bankruptcy needs improvement, with Havlát noting two very problematic areas. The first is that the process is lengthy, consisting of the first phase when a debtor successfully enters the bankruptcy process and demonstrates a bona fide interest in paying off debts, followed only then by the court’s decision to cancel debts after the three-year probationary period. Havlát noted the first phase can last as long as two years and the second phase is set at three years so the entire process can last for around five years.

The second more problematic area, according to Havlát, is determining which claims become irrecoverable after the process for elimination of debts is finished, saying that most experts are inclined to an interpretation that it is not possible for a creditor to recover any registered but unsettled claims against a debtor after the close of the bankruptcy proceeding and the probationary period. He added that analogously, creditors can claim settlement of obligations which they did not register or which the court did not handle during the two-phase proceeding until after the death of the debtor and also his or her heirs.

The process is quite expensive and is not available for those debtors who have no property because one of the conditions for entering personal bankruptcy is that the debtor has property worth at least €1,659.70 (Sk50,000). A debtor’s property is sold during the first phase of the bankruptcy process with the proceeds used to partially or fully settle the registered claims. The debtor must also pay court fees in advance of nearly €664.

Bubla said the Justice Ministry was working on a comprehensive revamp of personal bankruptcy as it was preparing the amendment to the Act on Bankruptcy and Restructuring but in the end only managed to change the rules for commercial bankruptcy.

“The ministry wanted to focus on the reasons leading to lower usage of personal bankruptcy in Slovakia,” Bubla told The Slovak Spectator. “We were, for example, considering the possibility that a debtor would not lose all of his or her property, as well as taking into consideration the alimental duties of a debtor, such as the debtor’s number of children. Because of the government’s shortened term in office, the ministry failed to push this revision through.”