2011 WAS a successful year for Volkswagen Slovakia (VW SK), the Slovak arm of the biggest car producer in Europe. Last year 210,441 cars rolled off the production lines at VW SK’s Bratislava plant, representing a year-on-year increase of 45.6 percent. Its turnover rose 28.5 percent to €5.2 billion and its profit after taxation jumped by 80 percent to €135 million. 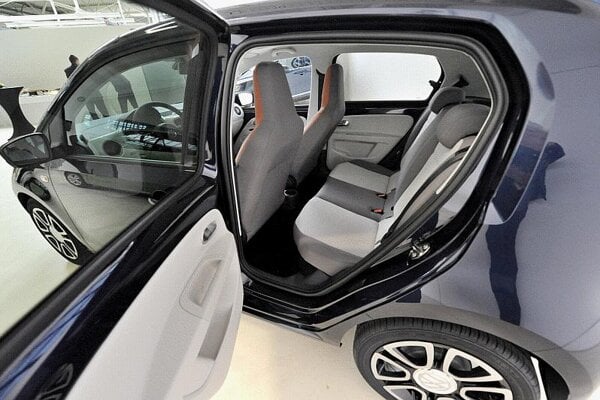 2011 WAS a successful year for Volkswagen Slovakia (VW SK), the Slovak arm of the biggest car producer in Europe. Last year 210,441 cars rolled off the production lines at VW SK’s Bratislava plant, representing a year-on-year increase of 45.6 percent. Its turnover rose 28.5 percent to €5.2 billion and its profit after taxation jumped by 80 percent to €135 million.

“2011 was full of milestones for VW Slovakia,” Albrecht Reimold, CEO of VW SK, said on March 13 as he presented the company’s results. He recalled the launch of the production of New Small Family (NSF) cars in Bratislava and the laying of the foundation stone of a new press shop. The company plans to invest approximately €90 million in this, and to create 100 jobs.

Sport utility vehicles made up 93 percent of the vehicles VW SK produced last year. Most of the firm's car production is exported. The biggest export market is Germany, with a 41.9-percent share, followed by China with 21.1 percent, the US with 8.7 percent and Russia with 5.3 percent. Only 0.2 percent of the cars produced by VW in Bratislava are destined for the Slovak market.

The company invested €225.5 million last year, of which by far the largest portion went into the launch of the new NSF models. In total, investment in this project is forecast to reach €308 million. Currently, VW SK produces NSF models, also known as Up! cars, in a two-shift production pattern. It plans to add another shift later this year, which will require an increase in its current labour force of 8,400 by an additional 650 people. The current workforce is employed in Bratislava as well as Martin, in northern Slovakia. When speaking about vehicle production plans for the current year, VW SK said it plans to manufacture over 400,000 cars.

VW SK representatives also introduced their investment plant for the next five years. While investments totalled €2.1 billion between 1991 and 2011, the company plans to invest an additional €1.5 billion by 2016.

Reimold confirmed that the Bratislava plant would be the first VW factory to manufacture the company’s new e-Up! electric car. Bratislava was selected due to its successful experience of producing a hybrid car, the VW Touareg Hybrid.

The start of production of the e-Up! is planned for the first half of 2013, and the first models should reach clients during the second half of 2013.

Reimold told The Slovak Spectator that it will be up to local dealers whether the electric version of the Up! will be offered to Slovak clients.

Apart from the launch of electric-car production, future investments should also include the construction of a new body shop.

Volkswagen Slovakia has been operating in Slovakia for over 20 years. Since 1991, it has produced more than 2.5 million vehicles and is one of the largest exporters, investors, and employers in the private sector in Slovakia.

The plant in Bratislava manufactures Volkswagen Touareg, Audi Q7 and Porsche Cayenne car bodies. Within the New Small Family it manufactures the Volkswagen Up!, Škoda Citigo, and Seat Mii models.