SLOVAKIA is a small country with a highly open economy competing for foreign investments with its neighbours. Its status as the only ex-communist central European country, aside from Slovenia, to have adopted the European single currency, as well as its predictable business environment and advantageous location in the middle of Europe, makes Slovakia an interesting destination for foreign direct investment (FDI). 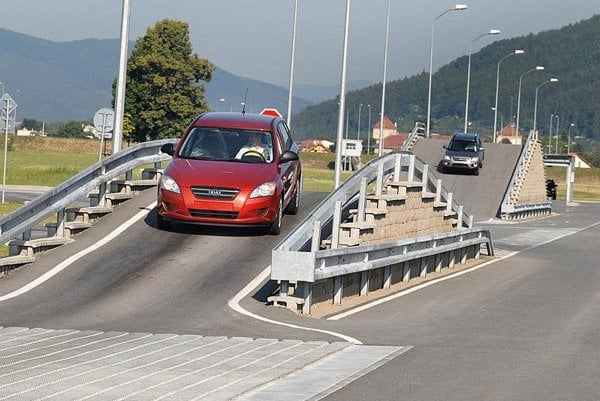 SLOVAKIA is a small country with a highly open economy competing for foreign investments with its neighbours. Its status as the only ex-communist central European country, aside from Slovenia, to have adopted the European single currency, as well as its predictable business environment and advantageous location in the middle of Europe, makes Slovakia an interesting destination for foreign direct investment (FDI).

The Slovak Investment and Trade Development Agency (SARIO), the state organisation which has drawing investment into the country as one of its main missions, believes that Slovakia is becoming a safe haven for investors in certain areas.

“Slovakia’s economy has some of the best macro results in the region and our political situation is rather stable and predictable compared to our neighbours,” Ľubomíra Gabrielová, the head of the marketing and communication department at SARIO, told The Slovak Spectator. “We are fully integrated in the eurozone, which is a big advantage for foreign investors who have markets in western Europe. Investors see the benefits of integration and a predictable business environment from a strategic point of view.”

SARIO’s experience indicates that the leading group of investors in FDI projects originate from European countries, followed by US companies, with investors from Asia in third place. This breakdown is inaccurate in certain respects however, as numerous US and Asian companies have entered the Slovak investment environment via European headquarters registered in the Netherlands, Italy or Germany. In recent years, when looking at the dynamics of FDI inflow in respect to projects implemented by SARIO, the portfolio of investing countries remains stable.

Dany Rottiers, managing director of Eastern Investment Centers (EIC), points out that the country’s small size has an impact on its appeal to foreign investors.

“Slovakia is a small country, so any investment here should be aimed at exporting to the whole of the CEE region or western Europe,” Rottiers told The Slovak Spectator. “Looking at Slovakia from the single perspective of the local market size, it will never be in a position to compete with Poland, Ukraine or Romania.”

In outlining the advantages and disadvantages of Slovakia compared with neighbouring countries, Rottiers listed Poland as the biggest competitor, at least for eastern Slovakia.

“Poland offers 50 percent cash incentives and no tax credit like in Slovakia,” he said. “Nevertheless, the euro, stability, education, productivity, absence of strikes, flat tax rate, logistics, etc. should compensate at least for part of that.”

According to Rottiers, Belgian, German, French and Scandinavian companies are mainly interested in investing in eastern Slovakia due to the flexibility of its workforce, while the automotive, electrical equipment, machinery, steel and construction-related industries are among the main ones moving to Slovakia.

When assessing the development in FDI inflow, SARIO has seen changes in recent years (2008-2011) particularly in project size and the number of new jobs they create, as 40 percent of companies that decided to invest here were already established entities that wanted to expand their production.

“Based on the structure of investments we can estimate that projects from Asia have a decreasing tendency while new investments emerge from German companies,” said Gabrielová. “In general the amount of investments has increased while their size has decreased. This shows more conservative thinking among investors and a tendency to start with smaller projects.”

According to Gabrielová, many investors are hesitating with investment projects and slowing down the pace of the ones that are already in motion. SARIO expects that this will be the trend in the short term for most investments, however in the long run it expects that western European companies will relocate their production to countries with a better labour productivity-to-price ratio.

“Companies are looking for ways to make their products more effectively and smaller investors in particular who are not experts at relocation will carry on investing in eastern Europe,” said Gabrielová.

As for the years of economic decline, SARIO experienced a huge drop in the number of completed projects in 2009, down by 76 percent.

“The drop in volume of investments and the number of new jobs was not that drastic, particularly due to the AU Optronics investment that significantly influenced the numbers,” said Gabrielová. “In 2010 the situation started to improve and the number of completed projects grew by 150 percent compared to 2009. However, the overall volumes of new jobs and investments were lower, due again to the influence of the AU Optronics investment in 2009 creating 3,000 jobs and investing €191.3 million.”

When listing barriers for the arrival of foreign investors, Gabrielová included the stagnating quality of the business environment, the slow development of infrastructure, labour market problems related to the quality of university graduates, the low quality of secondary schools, red tape, and an excessively long approval process for investment incentives.

With regards to the latter, Rottiers said that the process is faster now than it was some years ago but compared with other countries four to five months is still a lot; in Poland and Romania investors have offers of state aid on the table within 60 days, he said.

Slovakia has recently altered its investment support policy. As of the beginning of this year, investment incentives granted to investors depend on the unemployment rate in the region in which the investor wants to settle as well as on their sector of operation, with those of higher added value being preferred.

The German-Slovak Chamber of Industry and Commerce considers the reduction of the required minimum investment level, which also enables investment activities of smaller and medium-sized enterprises to be supported and not only large-scale projects of bigger companies, to be positive. The prolonging of the duration of tax holidays is another positive feature of the latest reforms although many investors would have preferred it if access to direct subsidies had remained at the level of the old system. Transparency in the process of granting investment stimuli has also been improved, which is, of course, to be appreciated.

“The more differentiated allocation of regions according to their unemployment rate as a precondition for the amount of state aid in practice may lead to weaker support of investment in regions with average unemployment,” Markus Halt, the spokesperson of the German-Slovak Chamber of Industry and Commerce, told The Slovak Spectator.

The chamber points out that the current scheme favours investment activities in regions with very high unemployment even more than before.

“From a theoretical point of view a zoning plan such as this makes absolute sense but from a practical point of view it may miss its intentions,” said Halt. “State subsidies may be ever so high; however, they will not significantly stimulate investment in less developed regions as long as the conditions for doing business there are not favourable.”

In this respect Halt said that the poor state of infrastructure in eastern Slovakia has always undermined regional investment potential. Furthermore, investors need skilled labour for realisation of their plans, which is often hard to find. The Slovak educational system is not reputed for meeting investors’ needs and filling the gap. Lacking enforcement of law and corruption are other known barriers to investment, according to Halt.

A yearly survey among German investors in central and eastern Europe shows that Slovakia is rated second best in terms of its tax system and tax burden – following Estonia, which was ranked first last year. In 2011, it also performed well in labour productivity and integration into the EU and the monetary union. It received below average ratings in the fields of transparency of public procurement and the educational system. More than 900 of the companies surveyed in 2011 were also asked to give an overall economic rating to the countries in CEE. After the Czech Republic, Poland and Slovenia, Slovakia was voted into fourth place among 20 countries. These results show that German investors in CEE still appreciate the Slovak flat tax system and consider the country an attractive location for investment.

The Austrian Embassy to Slovakia has observed less investment support activities in recent months due to the fall of the government in October 2011. But though there is always space for improvement, the feedback from Austrian companies regarding services provided is very good, Patrick Sagmeister, commercial counsellor at the Austrian Embassy, told The Slovak Spectator.

“We run a yearly survey among Austrian companies who are doing business in the CEE region,” said Sagmeister. “In the last couple of years Slovakia has been consistently rated as the country with the best business environment in the region. The Slovak labour force is particularly highly appreciated. Furthermore, the profitable fiscal system is seen as a high benefit for international investments.”

German investors expect a stable government which is committed to several important challenges such as reforming the educational and judicial systems as well as public procurement, providing flexibility in labour legislation, fostering highway construction and consolidating the budget.

“This would help the Slovak economy even more than paying out subsidies,” said Halt.