A new subordination rule entered into force: the role of related party creditors in bankruptcy post Amendment to the Slovak Bankruptcy Act.

IntroductionAs of January 1, 2012, the Slovak Act on Bankruptcy and Restructuring (Act No. 7/2005 Coll.) has been amended to introduce a statutory subordination of claims of related credi-tors (Section 95(3) of the Slovak Bankruptcy Act). The Amendment affects the ability of creditors to obtain satisfaction from companies in bankruptcy by classifying claims by “related” parties as subordinate to other claims. 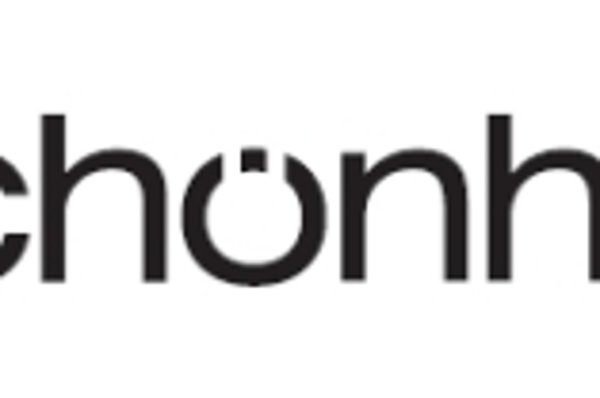 Introduction
As of January 1, 2012, the Slovak Act on Bankruptcy and Restructuring (Act No. 7/2005 Coll.) has been amended to introduce a statutory subordination of claims of related credi-tors (Section 95(3) of the Slovak Bankruptcy Act). The Amendment affects the ability of creditors to obtain satisfaction from companies in bankruptcy by classifying claims by “related” parties as subordinate to other claims.

In a nutshell, the new rule stipulates that for anyone to make a claim against a business in bankruptcy, the focus will be on the relationship of the creditor to the bankrupt debtor. Thus, if the creditor ever was a related party to the debtor- at any time- before, during or after the claim arose, the claim will be subordinated. Further, if the creditor obtained, in any way, interest in the claim from a third party, then the same scrutiny applies to the third party, i.e. were they ever a related party to the debtor? If the answer is “yes”, then the claim will be treated as a subordinated claim, and will only be paid once (and if) all other creditors in the bankruptcy have been fully compensated.

In other words, if you have a claim against a company in bankruptcy, and you (or any-one else in the chain of ownership of your claim) ever were a “related party” under the new Amendment, you go to the back of the line of creditors, and will get paid only if there is enough money left after everyone else has been. The new regime also invali-dates attempts to secure a subordinated claim. In addition, the Amendment removes the voting rights associated with the claims against a related party and the right to be elected into the creditors’ committee for the related creditor.

What does related party mean under the new law?
Any person or company which has a 5% interest in the debtor falls under the new Amendment. Additionally, any person or company with the power to influence the man-agement of the debtor to the same extent that a 5% interest holder could also is deemed to be a related party. The definition is especially broad because it covers indirect inter-ests as well.

Accordingly, the crucial determiners to apply under the new subordination rule are formal instead of content driven: Simply put: who holds or has held the claim?

Lawmakers’ intentions and possible side effects
Obviously, lawmakers wished to eliminate the practice of shareholders and other related parties creating claims against a bankrupt company to secure their interest during bank-ruptcy proceedings. Whether the Amendment will be able to resolve this issue remains to be seen.

On the other hand, the Amendment raises serious concerns that it is overbroad for the purpose of achieving its goals. Remember: a claim is considered a related party claim if it belongs, or belonged, to a person or company who is, or was, a debtor’s related party. Thus, the new subordination regime has the potential to produce obviously unintended (and even absurd) results if applied literally.

Especially troublesome, the new provision applies to claims of parties that were related at any point in the past. Consider the following: Two entities which were originally state-owned companies and subsequently privatized may be caught by Section 95(3) because they may qualify as related parties. This would substantially affect transactions between (among others) banks and large companies which were state owned prior to 1989. The claims of banks, based upon loans to such companies, could reasonably end up with sub-ordinated status should the company go bankrupt. Results like these suggest that Sec-tion 95(3) should be read and applied narrowly.

The Provision went into force on January 1, 2012, and covers all claims arising thereaf-ter. Further, as it lacks transitional provisions for claims that existed as of that date, the subordination rule is retroactively applicable to all claims in existence prior to January 1, 2012 as well. In the absence of a rule that excludes existing claims from the new subor-dination rule, it is possible that the subordination rule violates the prohibition of retro-spective legislation.

In comparison, the statutory subordination regimes applied in German and Austria cover claims arising out of financing provided only during a relevant period. In Austria, for ex-ample, the law provides for the equity substitution doctrine (Eigenkapitalersatzrecht), which covers shareholder loans given in times of crisis. The crucial consequence of the “equity substitution law” is the reclassification of shareholder loans as equity. If a corpo-ration is not deemed “creditworthy”, or is considered to have been in a “crisis” at the time when the loan is taken out, the loan may not be repaid until the stated capital is fully re-paid. In insolvency, such loans are subordinated to other debt. Thus, under Aus-trian law, a shareholder who meets the “qualified holding thresholds” (which well exceed the 5 % qualified holding set forth in the new Amendment) is not entitled to receive a quota in liquidation for any loan given.

Conclusion:
The subordination regime is new and untested, and Slovak courts have little expertise in dealing with related issues. The following, however, can be definitively said:

The subordination regime embodied in the Amendment goes far beyond what the laws of other European countries prescribe. It covers any claim, irrespective of its origin, so long as the claim was ever held by a creditor who was, is, or will be, a related party to the bankrupt company. And, it takes little to qualify as a “related party” creditor. Therefore, the changes made by the Amendment may have the unintended consequence of driving companies to seek creative structures for the purpose of disguising relationships between parties. Attempts may be made to disguise ownership, or related party relationships, by working with intermediary structures, or by having a parent or sister company incorpo-rated in a jurisdiction that normally does not disclose ownership information.

In addition, the subordination rule may deter ordinary course of business relationships such as the factoring business, and interfere with the commercial decision-making of par-ties. Creditors will have to accept that the anticipated rate of satisfaction of related party claims is very low. Usually, there is not enough money to satisfy all primary creditors. The broad definition of related party, together with the possibility that a claim may have ever been held by a related party, will force banks and other relevant companies to care-fully review the history of a particular claim and of the parties they are dealing with.
Therefore, we recommend careful evaluation of all the commercial, legal and practical risks of entering into an agreement with a related Slovak counterparty. If you are a re-lated creditor, your claim arising out of such an agreement will be subordinated in the event of the Slovak counterparty’s bankruptcy.

Finally, from a procedural perspective, the new Amendment will likely cause further de-lays to an already lengthy process of bankruptcy in the Slovak courts. Since it allows for creditors to challenge the claims of others participating in the bankruptcy, the new rule will almost certainly result in extensive side-litigation to determine the primacy of claims.
Ultimately, all of the foregoing issues may result in calls for further clarification or amendment of the relevant provisions.

Contacts
If you require further advice on any of the matters raised in this document, please con-tact Gudrun Stangl Lutz or Juraj Steinecker at Schönherr Rechtsanwälte GmbH, o.z.

This publication contains general information and is not intended to be comprehensive nor to provide legal, financial, or tax or other professional advice or services. This publi-cation is not a substitute for such legal advice or services, and it should not be acted on or relied upon or used as a basis for any decision or action that may affect you or your business. Before taking any such decision you should consult a suitably qualified legal adviser. Whilst reasonable effort has been made to ensure the accuracy of the informa-tion contained in this publication, this cannot be guaranteed and neither Schönherr Rech-tsanwälte GmbH nor any of its subsidiaries nor any affiliate thereof or other related entity shall have any liability to any person or entity which relies on the information contained in this publication, including incidental or consequential damages arising from errors or omissions. Any such reliance is solely at the reader’s risk.