A BOOK exploring Slovak graphic art after World War I has recently been published. Titled Úžitková grafika na Slovensku po roku 1918 – Modernosť tradície (Graphic Design in Slovakia after 1918 – Modernity of Tradition), it is the first volume of a broader effort to capture the Slovak history of this branch of art, which combines aesthetics with practical uses. 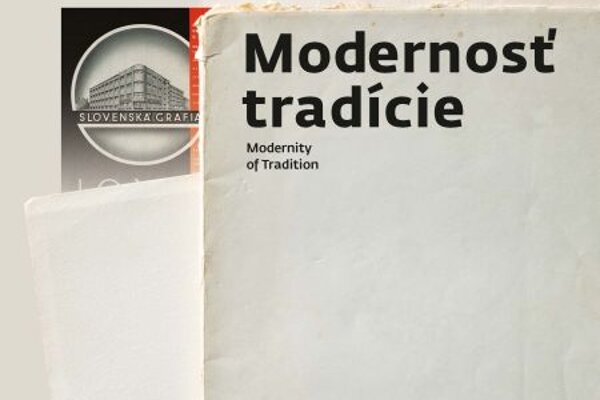 A BOOK exploring Slovak graphic art after World War I has recently been published. Titled Úžitková grafika na Slovensku po roku 1918 – Modernosť tradície (Graphic Design in Slovakia after 1918 – Modernity of Tradition), it is the first volume of a broader effort to capture the Slovak history of this branch of art, which combines aesthetics with practical uses.

Ľubomír Longauer, the author, told the Týždeň weekly why he wrote the book: “It happened that I taught for 22 years, with 13 years at the Academy of Fine Arts, and I needed to show my students something from the Slovak history of this trade and the literature was very scarce. Originally, I meant to publish a magazine but after the first issue I received no more grants. One of my graduates pointed me in the right direction by telling me that it should not be a magazine but a book. So I started and I have been pursuing historical research about applied graphic arts. The result has been 13 retrospective exhibitions of applied graphics through which I have also started presenting the results of my research in the form of the book.”

The book is jam-packed with various kinds of graphic arts, from political posters and magazine cartoons to designs of coats of arms and stamps, as well as illustrations and covers of magazines and books. It also presents the works of several Slovak graphic artists who have fallen from view, such as Jozef Vlček and Jozef Cincík, and others who are primarily remembered as writers, like Rudolf Fabry, as well as Štefan Bednár, whose activities during the communist period have obscured his more artistic origins.

Starting with an outline of the political and social situation after 1918, the book grounds the authors and their works in this milieu, providing a more complete view of the environment influencing their works. Martin Benka, a renowned Slovak painter and graphic artist is introduced as the author of a series of typographic alphabets and one of the Slovak pioneers in typography.

Longauer wrote that for this first volume he chose graphic artists who began their careers during the First Czechoslovak Republic between the two world wars who did not belong either to the circle around the School of Applied Arts in Bratislava or the so-called Košice avant-garde. The histories of these individuals will be included in the second volume of the series.

The book’s text is in Slovak as well as English, which was slightly abbreviated by the translators, Elena and Paul McCullough, though the English text offers an excellent overview of the beginnings of what the author calls “applied graphics or graphic art” that is now usually termed graphic design in contemporary circles. Longauer wrote that it is difficult to give a precise name to an art form that has evolved over the course of time and that it is even more difficult to define everything that can fall under this heading as well as to divide the field into various specialisations. The 352-page first volume was published by the Slovart publishing house in 2011 and printed by Neografia in Martin.

Longauer explains in the book’s introduction why it was a practical man like himself rather than an art historian who assembled the book. If everything goes as he hopes, he plans to publish six more volumes about Slovak applied graphics, extending through to the 1970s. He also hopes to open a museum of graphic design as he and his associates have collected more than 7,000 items for display.

He told Týždeň that Slovakia might then have a comprehensive showcase of this art form that he considers to be an understudied and perhaps somewhat ignored part of the country’s cultural history.