AFTER WORLD War II, Czechoslovakia became a satellite of the Soviet Union. The Communist Party, which seized absolute power in 1948, obediently carried out the orders it received from Moscow. 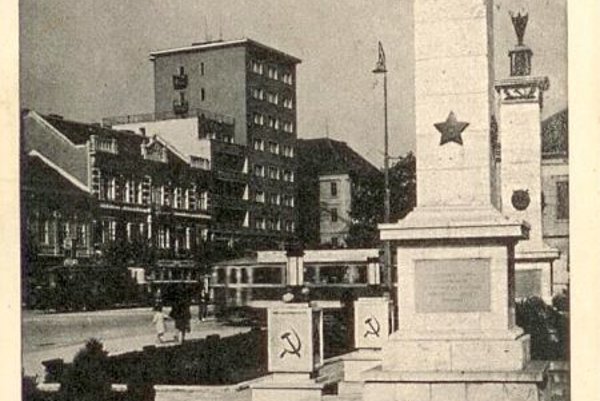 AFTER WORLD War II, Czechoslovakia became a satellite of the Soviet Union. The Communist Party, which seized absolute power in 1948, obediently carried out the orders it received from Moscow.

The ideology of the ruling party became all-pervading, gradually filling every corner of people’s lives. Every now and then, anniversaries were celebrated, jubilees held, propaganda movies shot, or books published praising life in the Czechoslovak Socialist Republic (ČSSR). The idyllic image portrayed was of a country filled with workers building factories, farmers in cooperative farms ploughing with tractors, artists creating and youths being educated. One slight hitch was involving intellectuals in this image. Usually, the communist leadership just asserted that all intellectuals backed their efforts.

From the late 1940s, and especially during the 1950s, statues of communist officials and monuments to the Red Army filled the squares and streets of Czechoslovakia. It is normal, of course, to pay tribute to soldiers who have died fighting wars; but the monuments to the Red Army were propaganda tools as much as monuments. They helped the dehumanised, bombastic architectural style that became known as “Stalinism” to creep into the streets.

We can see one such monument, typical for this period, in this postcard from the 1950s. The picture is from Košice, but if we ignored the hammers and sickles, or the five-pointed star, one could easily mistake it for one of the triumphal columns of the Roman Empire.

Over time people gradually became resistant to such propaganda, and instead began poking fun at it. For example, the stale slogan “Peace to the World”, or Миру мир in Russian, which decorated hundreds of facades, was read by Slovaks instead as the meaningless but comical-sounding “mupi mup”.