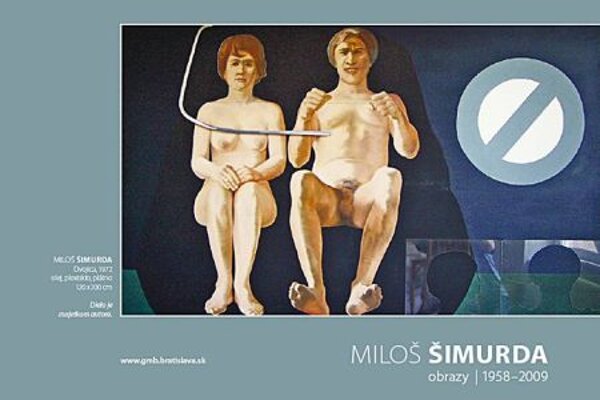 Bratislava
EXHIBITION: The exhibition Obrazy 1958-2009 at Bratislava City Gallery’s (www.gmb.sk) Pálffy Palace site, Panská 19 in Bratislava, presents the wide and varied works of artist Miloš Šimurda, from intimate to monumental-decorative. The central focus is figurative compositions, where the philosophical essence often drives Šimurda into the realm of the abstract. The author himself chose the principal works from every period of his creative life for this exhibition, which can be seen Tuesdays to Sundays between 10:00 and 18:00 until April 15.

Pezinok
LIVE MUSIC: Lucie Bílá – The Czech pop diva has announced a second concert in Pezinok, after the first sold out. Accompanied by piano virtuoso Petr Malásek, she will play the core of her repertory.
Starts: March 30, 17:00; House of Culture, Holubyho 42. Admission: €35. Tel: 02/ 5293-3321; www. ticketportal.sk.

Lučenec
EXHIBITION: The Novohradské múzeum a galéria / Novohrad Museum and Gallery (www.nmg.sk) in Lučenec is hosting an exhibition of Merkur, a once-popular construction kit similar to Meccano. Czech collector Jiří Mládek has managed to assemble two-and-a-half tonnes of pieces from the legendary kit, and also owns an original printer made from Merkur parts which was functional and could be operated using old, 8-bit computers. The beginnings of Merkur date back to the 1920s. Part of Mládek’s huge collection can be seen in the museum, at Kubínyho Square 3, Tuesdays to Fridays 9:00-17:00, and on Saturdays between 14:00 and 17:00, until April 30