The name Milan Rastislav Štefánik can be seen nearly everywhere in Slovakia – on memorials, statues, schools and street-names, even on airports. But who was Štefánik and why was he so important for the country? 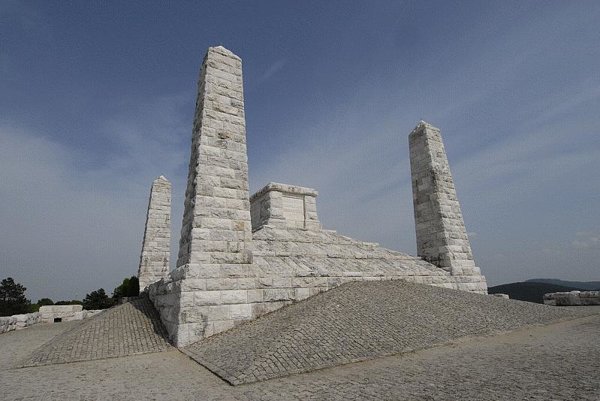 The name Milan Rastislav Štefánik can be seen nearly everywhere in Slovakia – on memorials, statues, schools and street-names, even on airports. But who was Štefánik and why was he so important for the country?

The man, who was only 1.64 m tall (5’4”) and died aged 39, is usually depicted these day wearing a sharp and charismatic gaze, and a garrison cap, which elegantly concealed his bald head. Although he never made 40-year-old, he managed to be a scientist, an astronomer, a diplomat, a brigadier general and one of the founders of the first independent Czechoslovak Republic. Yet he didn’t live to see the results of many of his activities: he died in a plane crash in 1919, while returning to his homeland after many years spent abroad.

Milan Rastislav Štefánik began life on July 27, 1880, in the village of Košariská, where he was the sixth child born into the family of an evangelical minister. His childhood home now houses a museum of his life, where a series of information tables with English translations, introduce this distinctly Slovak icon to an international audience.

He attended both Slovak and Hungarian schools and spent his university years in Prague, where he studied astronomy. It was at university that he would regularly meet with members of Detvan, an association supporting the establishment of a new state of Czechs and Slovaks. At that time, both countries were part of Austrian-Hungarian Empire, but there were many critical voices calling for change.

After graduation he left for France, where he worked at an observatory in Meudon. He also started to travel and visited many countries in Europe, Asia, Australasia, and across the Americas, writing very detailed notes about each of his journeys. The souvenirs he brought back eventually became parts of his furniture.

“His flat gradually started to look like a little museum,” said Anna Kordošová from the Štefánik museum in Košariská.

One of his most important journeys was to Tahiti, ostensibly to observe the flight of Halley’s Comet. During his stay, he built a wooden observatory and several meteorological stations but also grew so fascinated with the Tahitian way of life that he even thought about purchasing one island where Slovaks could live and produce buttons from coconuts.

After becoming a French citizen in 1912, Štefánik was inducted into French army during the First World War, where he was to serve as a pilot. Simultaneously he started a political and diplomatic struggle for the establishment of independent Czechoslovak Republic. Together with Tomáš Garrigue Masaryk and Edvard Beneš he founded the first Czechoslovak National Council. Because of his diplomatic experience and connections, Štefánik’s main task was to persuade both Czechs and Slovaks to start fighting with the Allies. He was building Czechoslovak armies, known as Czechoslovak legions, whose activities contributed to the fact that at the end of the war Czechoslovakia was considered a victor.

As Štefánik prepared to return to Bratislava triumphant, his plane from Italy crashed on May 4, 1919 and he died, along with three Italian passengers. There are several conspiracy theories about the crash, which was officially put down to bad weather. There are allegations that his uniform was found with bullet holes in it, suggesting murder, with some even claiming it was ordered by Masaryk and Beneš. (A third hypothesis also claims that Štefánik committed suicide.)

Whatever the circumstances of his death, Štefánik was an instant Slovak hero and thanks to the initiative of his friend Dušan Jurkovič, he was buried with grand ceremony on a mountain in Bradlo. In 1928, the original stone grave was substituted with a travertine mound designed by Jurkovič himself. The tomb is composed of two terraces connected with stairs and four mighty 12-metre obelisks. Thanks to its location and size, the tomb looks like the ruins of an old castle peering over the region where Štefánik was born and brought up.

The historian Bohumila Ferenčuhová says that the memorial has its own symbolism: “The Mound on Bradlo represents the Slovak place of memory. It is not only the tomb of Štefánik, but also the symbol of the fight for freedom and human values.”

Things you may not know:

•When he was a child, Štefánik recovered from chickenpox which left scars on his face.
•He went bald in his youth.
•He had serious problems with his stomach and indigestion, so he had to carry a special bag with tinctures on each journey.
•During his first six months in France, Štefánik spent most of his time with Czech artists and he even learned some magic tricks to entertain French society.
• Thanks to his technical skills Štefánik modified some equipment used for navigation at sea.
• Štefánik was not only a traveller, but also a photographer. He took what is now believed to be the first Czech-Slovak nude photo “Naked Tahitian Woman” in Tahiti in 1910.
• Štefánik also wrote poems.
• Štefánik had several affairs with educated women. The very last woman in his life, Italian marchioness Giuliana Benzoni, whom he was to marry, visited Slovakia twice after his death.