SLOVAKIA may suffer the consequences of failing to implement European environmental legislation. If it does not pass measures required by the European Commission (EC) or if it repeats errors that are present in current laws, it could be taken to the European Court of Justice (ECJ) and forced to pay a fine amounting to hundreds of thousands of euros. 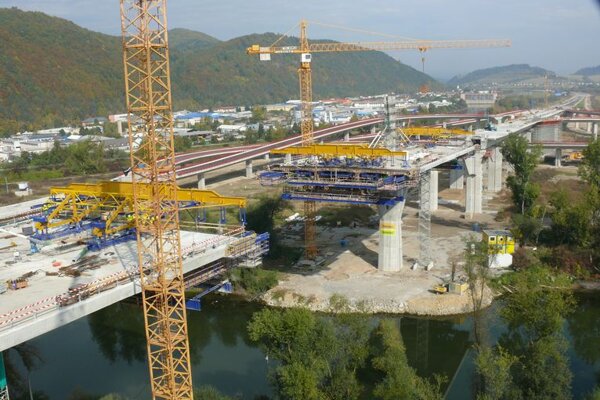 SLOVAKIA may suffer the consequences of failing to implement European environmental legislation. If it does not pass measures required by the European Commission (EC) or if it repeats errors that are present in current laws, it could be taken to the European Court of Justice (ECJ) and forced to pay a fine amounting to hundreds of thousands of euros.

The EC recently sent the government two reasoned opinions. The first concerns an assessment of the environmental impacts of its 2007-2010 road-building programme. According to Brussels, this was not assessed as required by EU law. The second issue concerns a failure to transpose legislation on packaging and packaging waste, European Environment Commissioner Janez Potočnik announced.

EU legislation stipulates that each member state is responsible for implementing laws passed by the union within its own legal system by a specified deadline. The EC is then responsible for ensuring that the European laws have been correctly applied. If any member state fails to comply with EU laws, the EC has the power to try to end the infringement and can refer the case to the ECJ, if necessary.

Moreover, if a state fails to fulfil its obligation to notify the EC of measures transposing a directive adopted under a legislative procedure, the EC can propose a lump sum or penalty payment which it considers appropriate in the circumstances, according to guidelines published in January 2011 regarding the implementation of paragraph 3 of Article 260 of the Lisbon Treaty.
The smallest amount Slovakia might pay based on the current infringements is €896,000. Moreover, if it does not accept the ruling issued by the ECJ, it may have to pay further fines of up to €65,000, the Sme daily reported.

“Slovakia failed to carry out the environmental assessment required by the Strategic Environmental Assessment (SEA) Directive for its ‘Programme of Preparation and Construction of Motorways and Highways in 2007–2010’,” reads the EC statement.

The commission sent a letter of formal notice to the Slovak government on November 25, 2010. Slovakia responded that the programme had the character of a financial or budgetary programme, and thus did not fall under the scope of the SEA directive. But according to the EC’s assessment, although the programme does contain financial and budgetary elements, it still contains measures which clearly have a significant effect on the environment.

Under Directive 2001/42/EC on SEA, plans and programmes made by authorities at national, regional and local levels, which are likely to have significant effects on the environment, are required to undergo an environmental impact assessment. This enables environmental considerations to be integrated into the preparation and adoption of these plans and programmes, while also contributing to sustainable development, according to the EC press release.

The environmental assessment takes place during the preparation of such plans and before their adoption. It includes an environmental report detailing the likely significant environmental effects and reasonable alternatives, and consultations with the public and authorities responsible for environmental issues. Moreover, if there is a possibility of significant cross-border effects, a country’s government has to consult the plans with other EU member states, the EC said.

“According to the information available to the commission, Slovakia has not yet transposed correctly several provisions of the Directive,” reads the EC statement.

Moreover, the EC says that Slovak legislation does not sufficiently encourage recycling and the use of recycled materials, nor does it prioritise energy recovery when it is preferable to material recycling for environmental and cost-benefit reasons.

In addition, Slovak law contains some provisions that restrict competition in relation to packaging and packaging waste. Radovan Kazda, an analyst with the Conservative Institute of M. R. Štefánik, wrote in an article for the Trend weekly that this objection pertains to the fact that Slovakia prefers domestic companies for evaluation of dangerous waste.
The EC had sent Slovakia a letter of formal notice on November 25, 2010, and though Slovakia agreed to amend the law in question, the EC still has concerns about the pace of change.

Under article 258 of the Treaty on the Functioning of the European Union (TFEU) and article 141 of the Euratom Treaty, the EC takes whatever action it deems appropriate in response to either a complaint or indications of infringements which it detects itself.

When a country fails to fulfil its obligations under EU law, the EC can start a so-called non-compliance procedure which consists of several phases.

The first phase is the pre-litigation administrative phase also called “infringement proceedings”. The purpose of this stage is to enable the member state to conform voluntarily with the requirements of the EU treaties. When infringement procedures are launched following a complaint, the EC may carry out an investigation.

Another stage of the pre-litigation procedure is a letter of formal notice. In this phase the EC asks the member state to submit its observations on an identified problem regarding the application of EU law within a given time limit.

The next step is a reasoned opinion, which sets out the EC’s position on the infringement, determines the subject matter of any action, and asks the member state to comply within a given time limit. The reasoned opinion must give a coherent and detailed statement, based on the letter of formal notice, of the reasons that have led it to conclude that the country has failed to fulfil one or more of its obligations under the EU treaties or secondary legislation.

The litigation procedure starts when the EC refers the problem to the ECJ. The EC website, citing ECJ case-law, states that the commission enjoys discretionary power when it comes to deciding whether or not to commence infringement proceedings and whether to refer a case to the court.