Many firms are required to have energy audits

INCREASING prices for all forms of energy, depletion of fossil fuel deposits and the environmental impacts of producing energy are all convincing countries and businesses to look for ways to improve energy efficiency. Legislation enacted in Slovakia in 2008 requires firms operating in the industrial and agricultural sectors to have their operations assessed by an external energy auditor; smaller firms were tasked with delivering the results of these energy audits by the end of 2011 while larger firms must comply by the end of 2013. 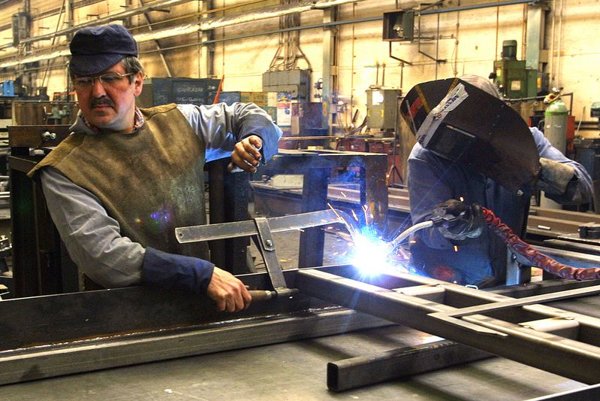 INCREASING prices for all forms of energy, depletion of fossil fuel deposits and the environmental impacts of producing energy are all convincing countries and businesses to look for ways to improve energy efficiency. Legislation enacted in Slovakia in 2008 requires firms operating in the industrial and agricultural sectors to have their operations assessed by an external energy auditor; smaller firms were tasked with delivering the results of these energy audits by the end of 2011 while larger firms must comply by the end of 2013.

Some companies and business associations view energy audits as a means to save money on energy and to improve their competitiveness while others see the legislation as adding another administrative burden to business. An initiative to postpone the deadlines was proposed in the current parliamentary term but it failed to advance.

With its large industrial sector and use of older technologies in some economic areas, Slovakia has been categorised as a country with intensive energy use. Though efficiency has improved in recent years, the level of the country’s energy intensiveness is still far from ideal.

The share of energy consumed by industrial companies in Slovakia as a proportion of total energy consumption is about 1.5-times higher than the EU average, according to information published on the Slovak Innovation and Energy Agency’s (SIEA) website based on data from Eurostat, the EU’s statistical agency.

The SIEA website also notes that the price of natural gas for Slovak industrial facilities hovers around the European average but that the price for electricity used by industry since 2008 is about 30 percent higher than the average EU price, with SIEA stating that this has a negative effect on the competitiveness of Slovak products.

SIEA hopes that greater awareness about the high level of energy intensity in Slovakia’s industrial sector might spur Slovak businesses to have their operations carefully audited for energy savings. It held a conference to address the subject last November 29 and 30 in Tatranská Lomnica.

Industry’s share’s of total final energy consumption was about 40 percent in 2009 but that the country’s overall energy intensity, defined as gross energy consumption as a percentage of gross domestic product has been falling for nearly a decade. Kvetoslava Šoltésová from the SIEA told the conference that Slovakia reduced its energy intensity by 38 percent between 2002 and 2009 and this was the largest drop recorded in all EU and OECD member countries. Nevertheless, in a comparison based on constant prices, Slovakia still has the fifth highest energy intensity among the 27 countries of the EU and its level is three-times the average across the EU, Šoltésová said.

The Slovak parliament adopted Act No 476/2008 on Energy Efficiency in 2008 to reduce the country’s energy intensity and improve energy efficiency and the law requires mandatory energy audits for most industrial and agricultural companies. The outcome of these audits is supposed to lead to a set of proposed measures that can contribute to saving energy and money for a firm and reducing the country’s overall energy intensiveness.

The SIEA said energy audits are conducted in other European countries as well based on the EC’s Directive 2006/32, in which member countries are obliged to begin a system of energy audits. SIEA noted that the costs of an energy audit in a company that has not addressed this issue so far can be quickly recouped through realisation of organisational and low-cost measures that improve energy efficiency. Pavol Kosa of SIEA noted in his conference lecture that some businesses often overlook very simple but effective ways to use energy more efficiently.

The National Union of Employers (RÚZ) has criticised the legislation and said it will continue to try to change it.

“During a time of [economic] crisis this duty represents an additional, useless financial and administrative burden for companies,” Martin Hošták of RÚZ told The Slovak Spectator, adding that his association believes the law was a result of lobbying by firms that conduct energy audits and their services must now be used and paid for by other businesses.

Hošták said that the original idea was to simply transpose the EU directive into national legislation but that the final law set additional duties on businesses beyond the EU’s directive, which he said only required member states to make sure that energy audits were available in their countries rather than requiring that energy audits be conducted.

Companies in the agricultural sector have also complained about the law.

“Agricultural businesses perceive the obligatory energy audit under the rules set by the law mostly as another in a series of bureaucratic measures that complicate doing business in Slovakia,”
Stanislav Nemec, spokesperson of the Slovak Agricultural and Food Chamber (SPPK), told The Slovak Spectator. “Several member firms have told us about some ambiguous approaches by auditors on several questionable issues as well as the final effects.”

Farmers and other businesses in the agricultural sector lobbied for a revision to the law that would have postponed the first deadline.

Nemec told The Slovak Spectator that the SPPK’s main objection is that the law does not have a completely clear and logical outcome.

On the other hand, the Federation of Employers’ Associations (AZZZ) told The Slovak Spectator that it views external audits that examine energy intensity as potentially delivering financial benefits to a firm through recommended efficiency measures, but Miroslav Potaš from the AZZZ added that his association does object to the fact that the audits are mandatory and that penalties are involved for failing to meet the law’s requirements.

The law specifies fines between €200 and €30,000 for failing to comply with the law but Potaš said his association does not have any information about any fines imposed thus far and added that some companies were given additional time to meet their obligation to arrange for an energy audit.
Hošták of RÚZ told The Slovak Spectator that his organisation would continue its efforts to modify the legislation.

“It is unthinkable that the state on one hand wants to combat high unemployment and on the other hand burdens companies with senseless duties,” Hošták stated.