CELEBRATIONS to honour the patron saint of Ireland, St Patrick, take place nearly everywhere in the world with at least a small Irish community. 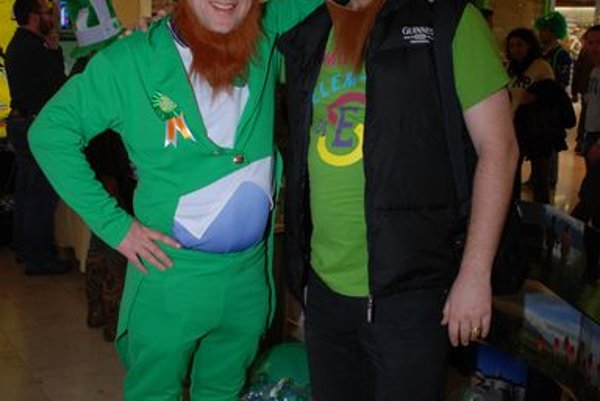 CELEBRATIONS to honour the patron saint of Ireland, St Patrick, take place nearly everywhere in the world with at least a small Irish community.

The celebration of St Patrick’s Day on March 17 has become popular in Slovakia’s capital and this year the Irish Chamber of Commerce in Slovakia held various activities at the Eurovea Shopping Centre: the Keltieg band performed traditional Celtic music and an Irish dance group called Avalon performed this style of dance that is extremely popular across the world.

Other performers included groups such as Brazen Head, the Vienna Piper Band and the Slovak Shamrocks Club.

The programme also offered workshops and games for children, tourist information about Ireland and a literary corner.

Even though the event was scheduled for indoors the nice weather on that day brought some of the performers outdoors.

The quickly swelling Irish community in Bratislava continued celebrating in the Goblins and Dubliner Irish pubs throughout the evening.