SLOVAKS who are saving for their retirement in the privately-managed second pillar of the country’s pension scheme have likely lost track of the number of changes that parliament has made to the system since its inception in 2004. The most recent modification only became effective on April 1 – but the incoming government of Robert Fico is likely to make sure that this change, made by the outgoing centre-right government, is not the last modification to the second pillar, or to other parts of the country’s old-age pension system. 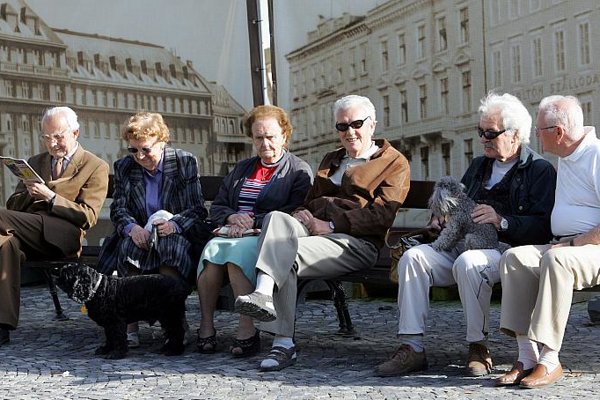 SLOVAKS who are saving for their retirement in the privately-managed second pillar of the country’s pension scheme have likely lost track of the number of changes that parliament has made to the system since its inception in 2004. The most recent modification only became effective on April 1 – but the incoming government of Robert Fico is likely to make sure that this change, made by the outgoing centre-right government, is not the last modification to the second pillar, or to other parts of the country’s old-age pension system.

Incoming Labour Minister Ján Richter, who was previously Smer party’s general manager, as well as party leader Fico, have already stated that the idea of allowing over 1.5 million pension savers in the second pillar the option of returning solely to the state-run first pillar is very much alive.

The new government may also consider cutting the proportion of second-pillar contributions that actually end up in savers’ accounts in order to divert more money into the state-run first pillar. Additionally, existing second-pillar savings may be used by the government as the source of a €1-billion loan to finance national highway construction.

Analysts say that the second pillar of the pension system, which has been modified more than 20 times in its brief existence, needs stability and political compromise in order to benefit all pension savers.

“The second pillar needs stability,” Peter Goliaš, director of the INEKO think tank, told The Slovak Spectator, adding that the relatively radical and contradictory changes that are made to its structure and rules after every change in government represent a serious problem. “Reaching a compromise [among competing ideas] is in the interest of savers.”

Goliaš believes there is space for such a compromise by offering reasonable guarantees for participants who are more conservative investors, while other participants are offered the option of directing their savings towards riskier investments with potentially higher returns.

Beginning April 1 participants in the second pillar have a choice of four investment funds: a bond fund, a balanced fund, a stock fund or a new, equity-linked index fund. The bond fund is the only one subject to a state-mandated guarantee on investment performance.

Jozef Mihál, the outgoing labour minister, told the SITA newswire that 46,000 participants in the second pillar, 3 percent of the total, had moved their savings to the bond fund – previously called the conservative fund – as of the end of February.

The most recent amendment to pension system, approved by parliament last September, eliminates most of the government-mandated guarantees that were put into law in 2009 and also requires that all young workers who enter the labour force are – as was originally the case – automatically enrolled in the second pillar, but with the option that they can withdraw within two years if they wish to do so.

The new government will soon have to design a package of further austerity measures to bring the budget deficit below 3 percent of GDP, in order to comply with EU budget rules. Some of these measures might affect the pension system.

Richter, in an interview with the Hospodárske Noviny financial daily, said that the current parameters of the pension system are not sustainable in the long term and that transfers to the second pillar, currently set at 9 percent of workers’ gross pay, might be reduced. The difference would instead be diverted into the state-run first pillar. Yet neither the future labour minister nor Peter Kažimír, the country’s incoming finance minister, who will have the main responsibility for cutting state spending by €1.3 billion by the end of 2013, have specified any exact sums, the Sme daily wrote.

Kažimír has said that there should be an expert debate over possible changes to the second pension pillar, but the Association of Pension Fund Management Companies (ADSS) has warned that lowering the contribution rate would negatively affect savers.

“Lowering contributions to the second pillar would mean that less money flows into the individual personal accounts of savers, which of course means that they will save less for their pensions in the second pillar, and their savings will thus be lower than would be the case with the current rate,” Peter Socha, chairman of the ADSS, told The Slovak Spectator.

According to Socha, reduced contributions would also mean a shift in the distribution of risks between the pillars towards the state pension, and an increase in dependency on pensions from the first pillar.

A reduction in transfers to the second pillar would mean that the long-term sustainability of public finances declines, since the weight of today’s unsustainable first pillar would increase, said Goliaš of INEKO.

“Thus I would consider this step only in an extreme situation as a temporary solution under the condition of exhausting more effective options for healing the public finances and adopting the reform of the first pillar [pay-as-you-go system] towards sustainability,” said Goliaš. Currently none of these conditions is fulfilled.”

Socha suggested that the potential measures currently being discussed are not very closely connected to the second pillar as such, but rather respond to the impact of global influences on the national economy and the state budget. He adds that even in the second pillar there are some issues that need to be discussed, for example that of annuities.

Will the second pillar be tapped to build highways?

Robert Fico has been toying with the idea of borrowing €1 billion for highway construction from the second pillar. Pension fund management companies say this would be a completely legitimate request if security and adequate revenue for clients were guaranteed.

“From our point of view this issue is completely all right,” Socha told The Slovak Spectator, adding that highways are projects which need long-term resources and the pension management companies manage such resources. “From our point of view it is necessary that in the case of such investments, in the same way as in all others, there is an adequate level of security and revenue for clients. If that is achieved, then it would definitely have a positive effect for savers.”

Goliaš noted that if such a move were to come then it should be a voluntary decision by pension administration companies and that the government should not put pressure on them. He added that, from a long-term point of view, it is not desirable that pensions from the second pillar depend too much on the success of one project or the public finances of a single state.

“It also is important that the eventual loan from the second pillar is calculated to the public finance balance so that no hidden debt is thus created,” Goliaš said. “The advantages of this move depend on the interest conditions, with the state and savers having conflicting interests: savers want to have the highest possible interest, while the state wants to have the greatest possible saving.”