Ombudswoman wants to do more

BRINGING the Office of the Public Defender of Rights closer to citizens, demonstrating that the office’s services are available to everyone regardless of their political, social or ethnic background, and making Slovakia a better place to live are the main objectives of Jana Dubovcová, who was officially appointed Slovakia’s new ombudswoman on March 28. Dubovcová, a former judge and Slovak Democratic and Christian Union (SDKÚ) MP, replaced Pavel Kandráč, who had served two five-year terms as ombudsman. Kandráč defeated Dubovcová in a head-to-head vote when the office was first created in 2002. 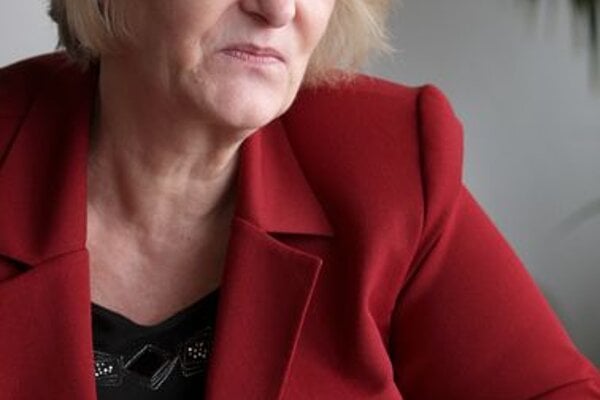 BRINGING the Office of the Public Defender of Rights closer to citizens, demonstrating that the office’s services are available to everyone regardless of their political, social or ethnic background, and making Slovakia a better place to live are the main objectives of Jana Dubovcová, who was officially appointed Slovakia’s new ombudswoman on March 28. Dubovcová, a former judge and Slovak Democratic and Christian Union (SDKÚ) MP, replaced Pavel Kandráč, who had served two five-year terms as ombudsman. Kandráč defeated Dubovcová in a head-to-head vote when the office was first created in 2002.

Though some members of Smer party, in opposition before it took the reins of power on April 4, had commented that Dubovcová would be a political nominee, she rejected that charge by saying that she had never actually been a member of the SDKÚ and ran for parliament in 2010 because she wanted to make changes in the judiciary through the legislative process. After Dubovcová was nominated by the previous four-party coalition to become ombudswoman in mid December 2011, she withdrew her name from the SDKÚ slate for the March 2012 election.

“I especially want to devote my energy and time to make our country a really good place to live and to make people feel better living here,” Dubovcová told The Slovak Spectator when asked what she hopes to accomplish during her five-year term in office.
The Slovak Spectator spoke with Dubovcová about her goals for the next five years and how she will go about achieving them.

The Slovak Spectator (TSS): A goal you have stated is to make the Office of the Public Defender of Rights more open to the public. How will you accomplish this?
Jana Dubovcová (JD): From the formal point of view the Office of the Public Defender of Rights is always open to the public. Anyone can turn to it; it deals responsibly with every submitted issue and it informs involved persons and institutions about the result [of the inquiry].
But I want people to learn more not only about my work but also about the results of the work of the entire Office of the Public Defender of Rights. I am convinced that the solutions to issues submitted to the office do not help only that specific citizen but can also help many others who have not turned to the office.

We have huge gaps in citizens’ legal awareness and I have the ambition to significantly contribute to improving the activities of public administration bodies to make the state operate for people, in the meaning of the democratic principles of good governance.

I want the work of the public defender of rights to be more visible to society. I will try to find
the space, means and methods [to accomplish this] because I consider it extremely important.

TSS: In which specific areas do you want to improve the work of your office?
JD: As for the specific improvements, I am mainly trying to learn about our possibilities at the moment. I would like to be as focused as athletes are – to achieve [specific] results. I do not consider the acceptance of bureaucratic, formal or formalistic measures a good goal.

I want [the responsible authorities] to adopt measures based on the results of our inquiries that have a chance to be really effective in the operation of our public administration. To reach this goal there needs to be good cooperation internally as well as externally and a mutual will for good administration in public affairs, meaning not only on the side of the ombudswoman, but also by public administration bodies. From this point of view I would like to increase our office’s influence on the content of measures that are discussed.

TSS: Your predecessor, Pavel Kandráč, stated that the media do not adequately inform about the activities of the office. How could cooperation be improved and how could the media present more information about your work?
JD: It should be nearly obligatory for the activities of the Office of the Public Defender of Rights to be covered by the public-service media. If they have not done so appropriately till now, I will have to find out why and try to change it. I realise that other media will present information about our activities only when we actively and openly communicate with them and when we can offer them interesting topics, cases and knowledge. I can say that it is me who is holding the ‘Black Peter’ in this area at the moment [a reference to a card game in which the player holding the last card, the Black Peter, loses the game].

TSS: How do you think the general public see the status or role of your office?
JD: Thanks to the change in this post, the function of the public rights defender has been made significantly more visible and I realise this is connected with big, maybe even unreal, expectations. So there is a risk that some part of the public will be disappointed if there is no quick change, or as it is said, there is no miracle within three days. I know that people have always connected this office with hope; that it is the last address that can help them overcome a miserable situation. We will, of course, try [to help], but unfortunately sometimes we really cannot help.

Sometimes it happens that the subject of a complaint submitted to us does not belong within the field of activities of the public defender of rights. But people act emotionally, so sometimes they do not understand this. So we need to inform about the activities of the public defender of rights as much as possible to give citizens at least the basic knowledge. I will sum it up like this – big expectations are on both sides.

TSS: Another thing that Kandráč mentioned was the inability of the office to help people on issues such as property rights or problems with an employer. Will you propose changes to broaden your powers to address issues like these?
JD: Discussion about broadening the powers of the public defender of rights has appeared regularly since the law was enacted. I do not belong among those legal activists who are convinced that all imperfections can be removed by passing a new, better or more detailed law. I am a supporter of at first consistently using all possibilities and arguments we have and using legal thinking in favour of protecting basic rights and freedoms.

My former experience [as a judge] comes mostly from the area of application of the law to specific cases. I am convinced that by using good legal arguments, based on the principles of a democratic state and the content of [international] treaties ratified by the Slovak Republic, we can today, using the current law, act in favour of protection of basic rights and freedoms. I will start considering a change to the law only if I have first used all other possibilities.

TSS: How do you think your work as a judge can help you in your new position?
JD: I am convinced that my experience as a judge in applying the law to specific cases is crucially helpful to me in this new position. Similarly important, though relatively short, is my experience with preparation of laws while serving as an MP and being a member of parliament’s constitutional committee.