IN STATISTICS about the telecoms sector in Slovakia, mobile virtual network operators are often mentioned. However, there is in fact no real mobile virtual network operator (MVNO) in the Slovak market, even though some attempts to establish one have been discussed. There are, however, several branded resellers. These, unlike MVNOs, which provide services on assets leased from a mobile network operator, have joined forces with existing operators to resell their products and services. Even though the media has recently speculated about the arrival of an MVNO, market watchers see little space for new operators in Slovakia’s highly saturated mobile market. 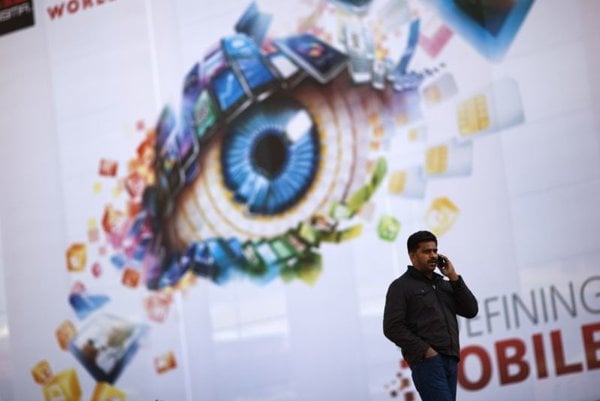 The Slovak market may be too small for MVNOs. (Source: TASR)
Font size:A-|A+  Comments disabled

IN STATISTICS about the telecoms sector in Slovakia, mobile virtual network operators are often mentioned. However, there is in fact no real mobile virtual network operator (MVNO) in the Slovak market, even though some attempts to establish one have been discussed. There are, however, several branded resellers. These, unlike MVNOs, which provide services on assets leased from a mobile network operator, have joined forces with existing operators to resell their products and services. Even though the media has recently speculated about the arrival of an MVNO, market watchers see little space for new operators in Slovakia’s highly saturated mobile market.

Filip Hanker, editor-in-chief of the MobilMania.sk website, gives several reasons why companies interested in providing services as an MVNO have so far chosen not to do so.

“It is only possible to speculate about the reasons,” Hanker told The Slovak Spectator, adding that probably “the current operators were not willing to share profits to a bigger extent and did not offer reasonable prices to generate a [sensible] business model. But I am also afraid that simultaneously those interested companies might have realised during consultations and negotiations that the launch of an MVNO is really demanding and requires too much effort and too much money.”

Hanker also thinks that the market is saturated and its size is limited by the small number of citizens.

“Now that the trio of large operators and the several smaller operators have squeezed prices, room for competition in the form of an MVNO is narrowing because this would involve excessive costs and an excessively long pay-back period,” said Hanker.

Efforts to launch MVNOs go back to around 2006 and 2007, when there were at least three companies interested in doing so: 4CALL, Unient Communications and Mobile Entertainment Company. None of them eventually launched services.

Roman Vavro, spokesperson for the Slovak Telecommunications Office, the national regulator, confirmed to The Slovak Spectator that the authority had allocated number blocks to these companies in the past, but since none of them were used they were returned to the office.

Behind Mobile Entertainment Company was the private equity group Penta Investments, which eyed the telecom business not only in Slovakia, but across the whole region. That initiative has now ended.

“Investments in the telecom segment are now history for Penta,” group spokesperson Martin Danko told The Slovak Spectator. “We launched an MVNO project only in Poland, under the name Mobilking, but sold the project in 2009 to a local telco operator. Since the project did not meet our expectations in Slovakia it got only into the preparatory phases and we did not carry it out.”

MobilMania.sk reported last September on plans by Victorytel, which provides mobile services in the Czech Republic, to enter the Slovak market as an MVNO this year. So far, however, it has not launched any operations here.

While the MVNO model has not been successful in Slovakia, at least so far, there are already five products on the market representing cooperation between mobile operators and established commercial partners.

The youngest mobile operator, Telefónica Slovakia, which provides services under the O2 brand, is behind three of them: Tesco Mobile, Naymobile and Swan Mobile. The other two operators run one each. Slovak Telekom has partnered with wholesale chain Metro Cash & Carry SR to create Mphone; and Orange Slovensko has joined private broadcaster Fun Rádio to create FunFón.

Like an MVNO, a branded reseller has neither a mobile licence nor its own mobile infrastructure. The aim is to find a niche or fill a gap in the market. Unlike an MVNO, a typical branded reseller does not handle customer service and primarily concentrates on marketing and sales to end-users. The results and figures of such an operator are part of the results of the mobile company whose services it uses. In general these services offer cheaper calls but fewer extra services. For those who want to address the younger generation via Facebook extensively, data services are a must.

According to Hanker, such a model of cooperation brings an opportunity to focus on marketing and attractive products, and to communicate the reseller’s brand, i.e. Tesco – hypermarkets, or FunFón – Fun Rádio, along with the mobile brand. It also gives mobile operators an opportunity to sell services via different routes to groups of customers which they would otherwise have difficulty addressing, or be unable to address.

“During the launch of Mphone we wanted to bring to the market a specific product for business clients and Metro looked to us to be a suitable partner for such cooperation,” Michal Korec, corporate communication adviser at Slovak Telekom told The Slovak Spectator. “At that time there were several products by branded resellers on the market for the consumer segment but business clients did not then have such an offer.”

By choosing Metro as its partner ST wanted to focus particularly on sole traders and businesses that purchase supplies at Metro.

“Mphone should address particular clients who want a combination of basic services – free minutes into all networks in Slovakia, the European Union and the US, free SMSs as well as data for a reasonable price,” said Korec.

With regards to the number of clients using ST services resold by Metro, Korec said that for now branded resellers make up only a small portion of the market.

“But for us as the provider of the service this is a good opportunity to address clients via other selling channels and another strong brand,” said Korec.

In the case of Tesco Mobile, a product of Tesco Stores SR and O2 that was launched in December 2009, the retail chain is following a trend from abroad.

“Tesco Mobile is a successful concept which our company has also carried out in other countries,”
Zuzana Lošáková, communications manager for Tesco Stores SR, told The Slovak Spectator. “An example is Great Britain and Ireland, where we have cooperated with O2 as well.”

According to Lošáková, the Tesco Mobile product has extended the services which Tesco Stores provides to customers ‘under one roof’.

“Thus Tesco is becoming a place where clients can not only do their shopping, but also handle a number of everyday things, among which mobile communication now belongs,” said Lošáková.

With regards to the products and services sold directly via O2 as opposed to via branded resellers, René Parák, O2’s corporate communication director, pointed out that since branded operators are partner products of O2 with a different company, their range of mobile services differs from that of O2. The operators address differing target groups and thus Tesco Mobile is a family mobile operator which aims to be a leader with regards to prices. In the case of Tesco the target group is its own customers and so it adapts to their specific needs.

Tesco Stores SR said 2011 was a successful year, with the number of active Tesco Mobile clients doubling. At the end of 2011 the company registered over 58,000 users.

FunFón, a partnership between Orange and Fun Rádio introduced in October 2010, was designed to address young people between 14 and 29 years.

“For Fun Radio this is an opportunity to extend its brand, which is well established among young people, by a new segment,” Rasťo Dutka, programme director of Fun Rádio, explained to the Trend economic weekly in October 2010. “We believe that mobile communication still hides a huge potential.”