LAST YEAR, Slovakia adopted a law on support for tourism development, a move which those involved described as the best news for tourism in the last 20 years. The legislation, which created a systematic framework for the germination and transparent financing of destination management organisations, has already started bearing fruit. The number of destination management organisations created so far has come as a positive surprise to industry observers. 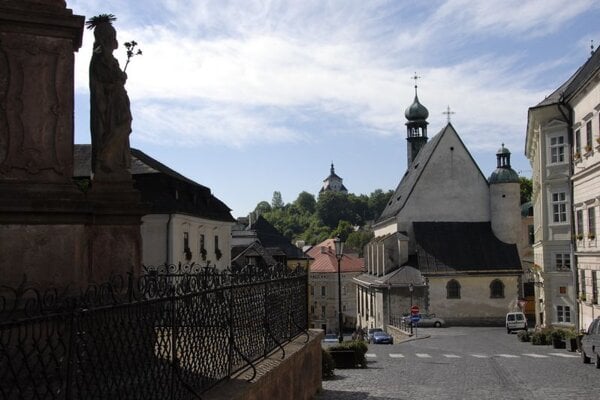 LAST YEAR, Slovakia adopted a law on support for tourism development, a move which those involved described as the best news for tourism in the last 20 years. The legislation, which created a systematic framework for the germination and transparent financing of destination management organisations, has already started bearing fruit. The number of destination management organisations created so far has come as a positive surprise to industry observers.

“I have to express my satisfaction with the number of tourism organisations,” Stanislav Rusinko, the head of the tourism department at the Ministry of Transport, Construction and Regional Development, told The Slovak Spectator. “Nobody expected such a [high] number of organisations to be launched during such a short period of time. There were forecasts that there would be a lower number of organisations and that new ones would only gradually be created.”

For Igor Kuhn, a tourism expert who participated in the development of the legislation and is the executive director of Región Banská Štiavnica (Banská Štiavnica Tourism), the first local tourism organisation launched based on the new law, the number of organisations launched also came as a positive surprise.

“I estimated that 10 to 15 organisations would be launched,” Kuhn told The Slovak Spectator, who based his original estimate on what had been going on in regions during the previous year and a half.

Región Banská Štiavnica clusters 13 municipalities, 37 businesses and others active in tourism such as museums and NGOs, according to Kuhn.

“The reason for the launch of Región Banská Štiavnica is that this is the only way to develop tourism in a certain destination in a proper and professional way,” Kuhn said, adding that experience abroad proves this.

The organisation plans to build on the UNESCO brand, given that the historic town of Banská Štiavnica and the technical monuments in its vicinity are on the UNESCO World Heritage List. The town also has a positive long-term image as a place with a rich history, beautiful nature and extensive cultural life. Its target group includes families, cyclists and culture lovers.

Parliament revised the law on support for tourism development in mid October and it came into force on December 1. The original law had been adopted in March 2010, but its effective date was later postponed. The revision simplified the process for creating local and regional tourism organisations and permits, for the first time, non-neighbouring municipalities to work together and – crucially – to qualify for state funding. This means that municipalities with tourist attractions can cluster with separate municipalities and accommodation facilities to create a single local tourism organisation. The minimum number of founding municipalities is five, while the minimum number of nights spent by visitors per year is 50,000. If the number of founding municipalities is lower, the number of nights spent must be at least 150,000.

Rusinko perceives this law as the very first systematic measure to support and develop tourism at the local, regional and national level in Slovakia.

“It is based on the motivation principle in which the voluntary nature of clusters is retained,” said Rusinko. “The aim is to cluster institutions active in tourism – representatives of municipalities, regional governments, businesses, state institutions, non-governmental organisations, the academic community, regional airports, and so on. The new legislation creates a framework and legal conditions for the launch, management and systematic financing of destination management organisations. Its implementation should bring a significant qualitative move in the management of tourism in Slovakia.”

According to Rusinko, the model which they are trying to implement via the law is a public-private partnership model, which from the viewpoint of a systematic approach to destination management is the best solution.

“We want that, hand in hand, municipalities, the business sector and other institutions start to solve the problems of a destination together,” said Rusinko, adding that he sees even the creation of organisations as a positive signal, because they already have to agree on statutes, elect representatives, and set budgets as well as an annual plan of activities.

Based on the number of organisations established so far, Rusinko perceives the setting of the law as optimal and does not see any problem with the creation of local tourism organisations within one region, pointing out that these organisations act in different geographical areas and want to differentiate themselves according to the themes on which they intend to focus and the products that they want to offer. They should, therefore, actually complement each other.

“It is more important that these organisations start to work and not lose time by [trying to] create a single, most-ideal organisation in a given destination,” said Rusinko, who added that he expects organisations to later integrate as part of their natural development, as has occurred abroad.

Kuhn agreed that the creation of more organisations in one destination is not necessarily a problem, adding that during preparation of the law they faced the question of how much freedom to allow within it. They chose more freedom and to trust the organisations. Here he pointed to the size and budgets of organisations, which can differ hugely, and said each should thus find its niche in the market.

“It is important that the small ones look for gaps in the market and not do what the bigger ones do,” said Kuhn. “This is because the bigger ones can do this better. But the bigger ones must realise that without the small ones, which can provide such small services whose provision they cannot even aspire to with respect to the number of tourists for which they care, the destination will die because it will not have its peculiar spirit or character.”

Kuhn believes that the process is a long-distance run, that things will settle down and that, if needed, the legislation can mirror these changes later.

It will be involved in the whole process too, as it has created a destination management department. Its task is to actively cooperate with local and regional tourism organisations.

“This cooperation includes, in particular, expert and methodical consultancy, coordination when creating tourism products and – especially – during marketing communications,” Beata Lukáčová, the head of the destination management department at SACR told The Slovak Spectator. “Since April 23 SACR has been organising seminars on destination management, strategic marketing and marketing of tourism regions for representatives of tourism organisations, their members and cooperating organisations. They are taking place in all eight regions during April and May.”

The previous cabinet allocated an aggregate subsidy for 2012 of €2.5 million for destination management organisations to be created based on the revised law. They will get some of this money provided they collect at least the same sum from their members. Rusinko said that, based on preliminary calculations, member fees collected for 2012 could amount to €3.1 million and thus exceed the above condition.

“This money must be used for the development of the destination in which the organisation operates,” said Rusinko, adding that this should mean that finally the coordination of activities of municipalities, businesses as well as the state in a destination management system should be achieved.

The subsidy for 2013 will be derived from member fees collected between January 1, 2012, and March 31, 2013. In order to ensure that funds are allocated in the state budget for the next budgetary period, the ministry has to send the Finance Ministry information about the required subsidy one year ahead. This means that for the subsidy for 2013, the Transport Ministry’s tourism section has to send information about the required amounts by the end of April 2012, Rusinko explained.

“The law, by the systematic financing, pursues several dimensions,” said Rusinko. “It stimulates joining of funds within a destination; it endeavours to remove duplication in tourism management and allocation of money; it motivates municipalities to return collected tax back to the organisations, i.e. back to the system which is necessary for the further development of tourism; it motivates municipalities to more strictly eliminate so-called illegal accommodation [when an accommodation provider does not pay the bed tax to the municipality]; and it is an investment by the state into tourism.”

With regards to the risks accompanying implementation of the new legislation, Rusinko pointed to the quality of the activities of the destination management organisations’ executive management, and the sustainability of these organisations in future years.

With regards to risks, Kuhn highlighted two: the timely receipt of subsidies and a lack of experts. With regards to the first he is concerned that the March election and the change in government might mean a postponement in the granting of state subsidies to the new organisations, which would lead to a loss of trust in the scheme and prevent the organisations from fulfilling their action plans. The second potential problem isan absence of destination management experts, given that something like this has never actually been done before in Slovakia.