Is Slovakia losing its focus on human rights?

HUMAN rights and minority issues will no longer be the exclusive focus of a deputy prime minister in the new government and responsibilities for these issues will now be divided among several ministries. The government of Robert Fico and representatives of his Smer party view this approach as an improvement, but activists in NGOs say it will detract from the importance that should be given to dealing with such issues in Slovakia. 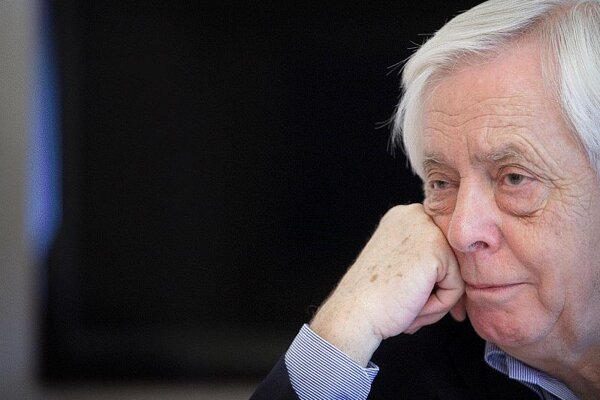 HUMAN rights and minority issues will no longer be the exclusive focus of a deputy prime minister in the new government and responsibilities for these issues will now be divided among several ministries. The government of Robert Fico and representatives of his Smer party view this approach as an improvement, but activists in NGOs say it will detract from the importance that should be given to dealing with such issues in Slovakia.

Prime Minister Fico said several days before announcing the final composition of his cabinet that he saw no need for the post of deputy prime minister for national minorities and human rights, which has existed since 1998, to remain. The prime minister announced that he would instead task a deputy prime minister with dealing with large investment projects and the Slovak economy and tapped Ľubomír Vážny, transport minister in his first government, to fill that post.

Representatives of non-governmental organisations and opposition politicians criticised the decision, saying that it reveals a lack of concern about human-rights issues on the part of a government dominated by a political party that calls itself social democratic. But Smer responded that minority issues and human rights can be handled better when distributed among several ministries.

“It will be better for the agenda to be covered by several ministries in order for it to have strong, political roofing,” Smer spokesperson Erik Tomáš told the Sme daily. It has been suggested that educational issues involving minorities living in Slovakia will be handled by the Education Ministry, and that the Culture Ministry will deal with minority cultural issues. Fundamental human rights issues would become the responsibility of the Foreign Affairs Ministry, which currently has a section dealing with these issues.

On April 18 Fico indicated that his administration might create a government plenipotentiary for national minorities.

“We want to have a person on the level of the state government who would handle issues around national minorities – so I can say that we will probably move down this road,” Fico stated, as quoted by the SITA newswire.

NGOs see loss of post as a step backwards

Several members of the government’s Council for Human Rights, National Minorities and Gender Equality, an advisory body initiated by Rudolf Chmel, the former deputy prime minister for national minorities and human rights in the Iveta Radičová government, sent a public letter to Fico on March 22. NGOs, academic researchers, and human and minority-rights activists who signed the letter asked the prime minister to continue a systematic government approach to the protection and support of human rights and to preserve the deputy prime minister’s post.

“In the brief time since it was created the council managed to develop a new, unprecedented quality of discussion and cooperation between the government and all other concerned parties, which was supposed to lead to passing the first government strategy for the support and protection of human rights,” states the open letter.

The letter urged the prime minister to preserve continuity in pursuit of human and minority rights by retaining the deputy prime minister’s responsibilities as well as strong input from the council.
“Discontinuity in this area has already cost us a lot,” the letter states.

Adriana Mesochoritsová from the Možnosť voľby civic association, one of the signatories to the letter, told The Slovak Spectator that a specific post in the Government Office dealing with these issues is needed now more than ever before.

“Economic instability is a big challenge for the human rights agenda,” she stated, adding that on one hand there is a threat that violations of human rights will increase, as history has shown several times before, so efforts to protect vulnerable people in society should be increased as well. But she added that there are also sound economic reasons to do so.

“If we secure protection and realisation of human rights, it also brings a number of economic benefits,” she argued. “And we cannot afford to waste those right now.”

Jarmila Lajčáková, a research fellow from the Centre for the Research of Ethnicity and Culture, and Slovakia’s representative on the Managing Board of the European Union Agency for Fundamental Rights, who also signed the letter, told The Slovak Spectator that “ending the post is a potentially dangerous step backwards, particularly during times of economic crisis”.

The existence of the deputy prime minister’s post at the Government Office is an asset to the country even if the post is filled by a person who does not have the ‘best feel’ for human rights, Lajčáková added.

“To some extent the post as such, with pressure from human-rights organisations from abroad and local NGOs forces the [office] to do at least something in this area,” Lajčáková stated. “But if we end the post, there is a danger that the agenda will gradually wane.”

Several representatives of the third sector stated they cannot imagine how human rights can be protected in Slovakia without the institutional support that the deputy prime minister’s post provided.

“Human rights are not just words,” Mesochoritsová said. “The protection and realisation of human rights requires daily work and coordination. It is an agenda that goes across all the ministries, including the economic ones.”

“It’s obvious that issues regarding the [economic] crisis now have a priority, but the EU project is not only about economics,” Chmel told The Slovak Spectator. “It is also about observing human rights in relation to national minorities and all vulnerable groups, citizens whose dignity is constantly in danger.”

Chmel added that protection of human rights is a prism through which Slovakia is judged by other countries and the EU, and failure to meet high standards can influence the level of funding that flows from the EU in the next seven-year budget period. EU funds are very important to Slovakia if the country is to continue its cultural modernisation, Chmel noted.

“The example of Hungary should be, if not a warning sign, at least a lesson for us to learn from,” Chmel told The Slovak Spectator, referring to the EU’s recent criticism of several political decisions in Slovakia’s neighbour.

Representatives of NGOs serving on the Council for Human Rights, National Minorities and Gender Equality, as well Chmel, stressed that retaining this advisory body of stakeholders is particularly important and that it should continue to be seated in the Government Office.

The council has been a unique space for dialogue between the state and various stakeholder groups that represent minorities, women, and other vulnerable citizens, Lajčáková said.

Mesochoritsová called the creation of the council a breakthrough in Slovakia.

“This council, which serves as an advisory body to the government, has a great potential to create a comprehensive approach to the protection and support of human rights and solve the problems of all disadvantaged groups,” she told The Slovak Spectator.

There was a high level of productive cooperation between the council and the deputy prime minister, Chmel believes, and he expressed concern that the current government’s decision to eliminate the post does not bode well for the future.

“But I want to believe that my pessimistic views will not be fully fulfilled, although throwing doubts at the office that covers such serious topics seems unacceptable to me,” Chmel told The Slovak Spectator.

“We shouldn’t forget that Slovakia is part of a whole series of European agreements – and we have progressed significantly in this work. I am now asking: by whom, and how, will it be continued?”