Slovakia can help with transition to democracy

WHEN Damon Wilson, US security expert and vice-president of the Atlantic Council, an American think tank, visited Bratislava in 2005, he was working to prepare the Bush-Putin summit that the Slovak capital hosted that year. Seven years on Wilson returned to discuss security challenges at the Bratislava Global Security Forum held in mid April. 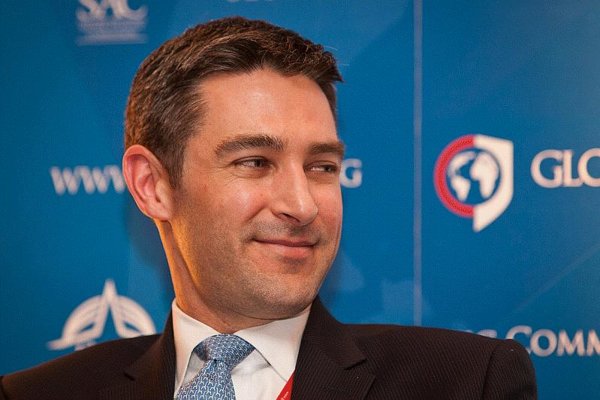 WHEN Damon Wilson, US security expert and vice-president of the Atlantic Council, an American think tank, visited Bratislava in 2005, he was working to prepare the Bush-Putin summit that the Slovak capital hosted that year. Seven years on Wilson returned to discuss security challenges at the Bratislava Global Security Forum held in mid April.

The Slovak Spectator spoke to Wilson about the path that Slovakia has taken since 2005 as seen by a foreigner, defence cooperation models that can serve as an example for Slovakia and the Visegrad Four region, and how he sees the challenges the country now faces.

The Slovak Spectator (TSS): What do you see as the major contribution of the GLOBSEC forum?
Damon Wilson (DW): GLOBSEC is becoming an incredibly important marker, which helps to keep central Europe in particular injected into strategic thinking. This year GLOBSEC is particularly important because it puts impact on the NATO summit. We are heading to the NATO summit in May in Chicago and the agenda is not yet set in terms of how we deal with Afghanistan and the capabilities when we have all the defence budget cuts; how we deal with the enlargement and partnerships. And so these issues are being discussed and debated here, with many other people who will be making the final decisions on that. So it is an opportunity to bring together the community and help shape the sort of ideas that will turn into policy in a very practical, concrete way.

TSS: One of the main issues of GLOBSEC is the impact of economics on security. How do economic issues affect defence budgets and military spending?
DW: The reality for Europe and the US is one of fiscal austerity. Most of the [members of] NATO had to reduce their budgets, to close budget gaps, which means the defence budgets are under pressure. There are some exceptions: if you look at Norway, Poland, Estonia, these are countries that are investing more in defence, not less. But the reality is that most are cutting and cutting fairly substantially. That means that the alliance has to respond, to be able to provide security for the people. This is why Slovakia now thinks about cooperating [in the area of defence] with Poland, Hungary and the Czech Republic in the V4. It is quite an excellent idea. I think that’s the way of the future. The process is just beginning in the V4 and I hope to see it go much further.

TSS: One of these defence strategies looks to the Nordic Defence Cooperation (NORDEFCO) model. What can Slovakia, and the V4, learn from this strategy?
DW: Two years ago I came to GLOBSEC and I participated in the discussion on lessons learned from the Nordic Defence Cooperation for the V4, which began as an academic, intellectual, policy conversation. And here we are two years later and it’s starting to become a reality. That’s how GLOBSEC can help translate the ideas into policy. There is a lot to learn from NORDEFCO. First of all, it is based on a pragmatic, practical cooperation. You only do it when it means that you can be more effective. Sometimes multinational defence cooperation is complicated, sometimes it fails. It has to be built on trust and on common strategies for procurement and budgeting processes. If you look at the Nordic countries, they have picked and chosen particular issues, particular capabilities, particular units, where they put an emphasis on this integration and it has bit by bit, year by year become quite serious. But it does not start overnight as a done deal. I think that offers a good lesson for V4.

TSS: You helped with preparations for the Bush-Putin summit held in Bratislava in 2005. How do you look back at that event?
DW: I worked at the White House’s National Security Council and my responsibility was to handle US policy towards Europe, and particularly towards central Europe. I was one of the architects of the visit, helping to figure out – one, to make the case that Slovakia is the right place for the president to visit, two, to help [set] what the visit should be. We were very cautious to say that the visit is not just the Bush-Putin visit. The visit was a visit to Slovakia, so we were very clear about the importance of the bi-level side. We wanted to underscore support for the reform process here in Slovakia, dramatic economic and political reforms that took this country from the black hole here in central Europe to the [economic] tiger. We wanted to recognise and reward that, and we also had issues such as working on the programme and cooperation on democracy promotion, whether in the western Balkans or in Ukraine and the East. Bratislava became the venue where we convened the group of freedom fighters [from] all across the region. Different generations came here to Bratislava because of the Slovak civil society activity in Serbia and Ukraine. And the president had an opportunity to meet all of these freedom fighters.

TSS: How has Slovakia’s position changed since 2005?
DW: Slovakia has become a normal, healthy, vibrant central-European country within NATO and within the EU, so we do not have a big drama about whether you are going to get into NATO, or where you are in your reforms. Sure, you still have big debates inside over how to manage your country, you have just had an election, how do you want to handle pension reform, how do you want to handle your budget. The euro has been a big issue obviously. It is a very different context, but [it belongs to the] sort of issues that are normal for development of free-market democracy. Slovakia will continue to find a way to brand itself, to play a role. The role it plays within NATO in Afghanistan has been very important. When you look at Ukraine, Moldova, Serbia, Bosnia and Georgia, these countries are still in transition, they still have tough reforms to make. I think that one of the most important contributions Slovakia can make is helping them advance democracy and reforms.

TSS: What are the main challenges for Slovakia for the future?
DW: The main challenges of Slovakia for the future are twofold: how to continue to manage your domestic affairs so you have strong, healthy [economics] so you can continue to attract foreign investments and have a responsible domestic agenda to strengthen Slovakia fiscally. The other challenge is that Slovakia is recognised as a small country, but therefore has to find how to contribute within NATO and within the EU to the global platform. Slovakia cannot help to shape every global issue; it cannot help determine the outcome where we are going in climate change, or malaria in Africa. So what are the issues Slovakia wants to really affect? Where can it have an impact? It needs to be very focused and defined. Slovakia itself can still have a huge impact if it focuses on Serbia, Moldova, Ukraine.

TSS: What are Slovakia’s advantages that it should use?
DW: I think Slovakia’s particular contribution is your transition, that happened a little bit later than that of the Czechs, the Poles, Hungarians. Folks here dealt with years under [Vladimír] Mečiar that were more difficult, which means that your society is actually more vibrant and your NGO sector is more experienced than any of your neighbours’. The ability to partner the civil society in countries nearby, whether it is Ukraine, Moldova, Serbia, Georgia, is a huge contribution that Slovakia can make and [you] should not underestimate that. At the same time, there will be important positions that Slovakia has to take to support the NATO alliance, whether it is on issues of missile defence, [or] the way of war in Afghanistan.