AUSTRIA remains one of the primary economic partners of Slovakia, with intensive bilateral trade and both countries benefiting from a strong west-to-east flow of capital. Despite the already-strong relationship, some commercial possibilities have still to be fully tapped, experts say. But they warn that although Austrian investors continue to regard Slovakia as an advantageous investment destination, developments in the European Union and Slovakia’s recent change in government have both raised concerns. 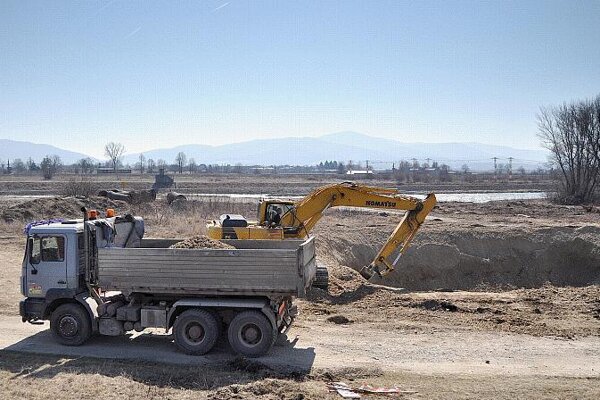 AUSTRIA remains one of the primary economic partners of Slovakia, with intensive bilateral trade and both countries benefiting from a strong west-to-east flow of capital. Despite the already-strong relationship, some commercial possibilities have still to be fully tapped, experts say. But they warn that although Austrian investors continue to regard Slovakia as an advantageous investment destination, developments in the European Union and Slovakia’s recent change in government have both raised concerns.

“In general the current economic cooperation between the two countries is very pleasing,” Josef Altenburger, president of the Slovak-Austrian Chamber of Commerce, told The Slovak Spectator. “This is especially because after the fall of about 20 percent in trade in 2008, as a consequence of the economic crisis, it increased again in 2010 and before the crisis in 2011 it exceeded the level of €5 billion.”

Altenburger highlighted the cooperation in export and import as well as in investments in the automotive component, machine and metal-working industry, and electro-technical industries as well as other sectors. Austria also has a strong presence in banking and insurance and other related services, for example tax consultancy and audit, real estate and IT.

“With regards to the structure of the Austrian economy the cooperation of companies is very extensive and includes almost all sectors of Slovakia’s economy, while, aside from some large companies like Vöst-Alpine, OMV and Strabag, small and medium-sized companies in particular are represented across all sectors of the Slovak market,” Altenburger said.

“The current state of cooperation is excellent and has never been more intensive,” Sagmeister told The Slovak Spectator, adding that the total trade volume in 2011, which exceeded €5.5 billion, made Slovakia the 11th most important trading partner in the world for Austria.

According to him, there are hundreds of good examples of good cooperation.

“Slovakia is a highly appreciated production site for Austrian companies,” said Sagmeister. “Not only production of tools and parts but also production of software.”

Sagmeister particularly sees information and telecommunications technology as having good potential for further cooperation, because “there is great know-how in Slovakia”. Other sectors could be tourism infrastructure, public procurement (using EU funds) and, for the next couple of years, automotive.

Altenburger also named renewable energy as a very attractive field of business, citing the heightened focus on renewable sources following the accident at the Fukushima nuclear power station in Japan.

“Austria has given up nuclear energy and has invested massively in research and development of alternative energy sources,” said Altenburger, adding that these include wind and solar energy as well as biomass. “Thus, it has obtained know-how and a huge technical leap.”

“The fact that Bratislava is the 5th richest region in the EU has aroused great interest in Austria,” said Sagmeister, referring to the findings of a recent Eurostat report. “We have had many inquiries from Austrian companies, especially in the last few weeks.”

Based on preliminary data from the National Bank of Slovakia (NBS), Slovakia’s central bank, Austria placed second in the chart of incoming foreign investments by country in 2011. Compared with 2010 it improved its position by two places. Austria continues to be the biggest investor in Slovakia’s banking sector, but small and medium-sized companies account for the largest share, with their number exceeding 1,600, according to Ľubomíra Gabrielová, the head of the marketing and communication department at SARIO, the Slovak Investment and Trade Development Agency.

“As a consequence of the closeness of the two countries and especially their capitals, commercial relations have acquired an informal character and have contributed to the smooth arrival of new companies in Slovakia,” Gabrielová told The Slovak Spectator. “SARIO has registered a decreased number of inquiries from Austrian companies over the last few years, but central bank statistics shows that this does not mean a real drop in investments.”

Gabrielová explained this by reference to the proximity of the two countries, saying that close business relations mean that investors increasingly use alternative channels to obtain information and seek opportunities to establish businesses in Slovakia.

SARIO believes that all sectors of Slovakia’s economy may be of interest to Austrian investors, but that the experiences of Austrian companies operating in the areas of renewable energy and tourism will be of particular interest to Slovaks.

The agency is actively seeking to attract Austrian investors. Among its recent efforts Gabrielová cited the Austrian Business Circle, organised by the commercial department of the Austrian Chamber of Commerce last December, in which SARIO actively participated. More than 100 representatives of Austrian companies attended the event, at which SARIO general director Róbert Šimončič presented the agency during a panel discussion.

SARIO intensively cooperates with Slovak bodies in Austria as well as with the commercial department at the Austrian Embassy in Slovakia, and participates actively in events focusing on support for investments and foreign trade between Slovakia and Austria. A road show across Austria is being planned for the second half of 2012.

Between 2002 and 2011 SARIO assisted in the arrival of 23 Austrian companies who chose Slovakia as a suitable location for their businesses. These investment projects were worth €517.9 million and created about 3,200 jobs. The sectors in which companies were established with SARIO’s help included wood-processing, electro-technical production, machinery production, motor manufacturing and metallurgical production, as well as projects involving research and product development.

Both Sagmeister and Altenburger regard Slovakia as still being a very attractive investment destination for Austrian companies.

“Especially since Slovakia’s admission into the EU the number of investments has increased,” said Altenburger, noting that aggregate investments amounting to an estimated €5.5 billion make Austria one of the biggest investors in the country. He listed among the positive aspects, apart from its low tax system, qualified labour force and high productivity, Slovakia’s relatively low wage costs and flexible labour legislation.

According to Sagmeister, Slovakia’s biggest advantages are certainly its low tax burden and the very motivated, productive and creative workforce. But he also pointed to some barriers, citing language as the main one that remains. Moreover, he said, Austrian companies very often find that they can only be successful in Slovakia when they find good local partners.

An annual survey conducted by the Slovak-Austrian Chamber of Commerce with other chambers in the first quarter of 2012, confirmed high interest on the part of Austrian companies in Slovakia – more than 90 percent, according to Altenburger.

“But there is a noticeable increase in uncertainty among companies, which is caused by the uncertain development in the European Union on the one hand – i.e. the sovereign debt crisis – and the change in the domestic political scene on the other hand,” said Altenburger, adding that even proclamations by the new Slovak government had not helped to reduce uncertainty and noting that the change may have a negative impact on economic activity and investment over the short term. There are concerns that new investments will shrink, that planned capacity extensions might be postponed, and that operational units may be moved abroad.

To prevent this, foreign chambers of commerce in Slovakia have sent a list of issues of concern to the new government of Robert Fico.

These list what foreign investors see as the most important measures to keep the business environment attractive.

These include retaining the current labour legislation, improving specialised education, maintaining the fight against corruption and making public procurement more transparent and maintaining what they call the country’s successful tax regime.

Restrictions on Slovaks seeking employment in Austria ended on May 1, 2011. Austria had kept its labour market partially closed to residents of newer EU countries as long as possible, concerned that it could be flooded by foreign workers, but Altenburger said these concerns have now been shown to be unfounded. Concern remains about maintaining fair competition in Austria and preventing companies from engaging in what has been called social dumping. The Austrian government has adopted a law, the Anti-Wage and Social Dumping Act, which contains provisions aimed at ensuring equal pay and conditions for all employees working in Austria. Based on this law, if Austrian collective agreements and social laws are not observed, an offending company can be heavily fined. This particularly affects companies and employees from neighbouring countries, including Slovakia.

“This is very important for Austrian companies that are, generally speaking, very active in central and eastern Europe,” said Sagmeister. “Our office is also planning a recruiting event in the fall at the University of Economics in Bratislava.”