GEOGRAPHICALLY, as well as historically, Austria’s culture is quite close to Slovakia’s, especially in the southern and western parts of Slovakia. Although knowledge of German is not now as common as it used to be, the language, as well as the culture it represents, are still strongly represented and the two countries’ proximity makes cultural exchanges easy. When performing arts that do not need words, the opportunities are even more obvious and inviting. 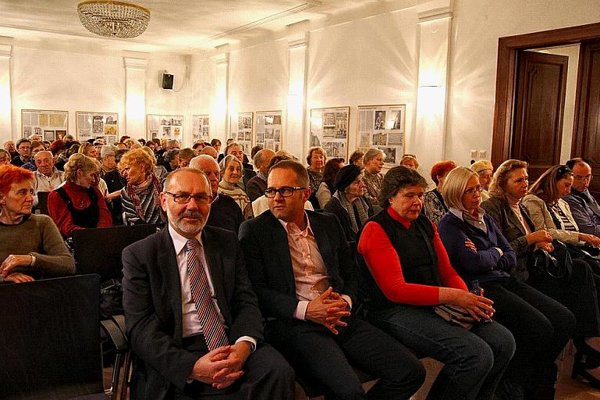 GEOGRAPHICALLY, as well as historically, Austria’s culture is quite close to Slovakia’s, especially in the southern and western parts of Slovakia. Although knowledge of German is not now as common as it used to be, the language, as well as the culture it represents, are still strongly represented and the two countries’ proximity makes cultural exchanges easy. When performing arts that do not need words, the opportunities are even more obvious and inviting.

The programme of the Austrian Cultural Forum (RKF) includes – apart from two libraries, in Bratislava and in Košice, literary evenings, a multi-media presentation at the Hory a mesto / Mountains and City film festival by Thomas Miklautsch, and a reading tour by Esther Strauss across Slovakia until the end of April – many exhibitions and musical events.

This year marks the 150th anniversary of the birth of two famous Austrian artists: playwright and essayist Arthur Schnitzler; and painter Gustav Klimt, a major representative of the Vienna Art Nouveau style. Beginning this summer, the cultural forum will commemorate both Austrians with a host of events. The first four months of this year have mainly been focused on exhibitions, in the RKF spaces as well as elsewhere (the RKF had its own exhibition space, and also a concert hall, the Mozart Hall.)

The works of young expressive painter Julian Khol were presented in February-March in the RKF gallery. The end of last year saw a photo- exhibition by Romana Hagyo, an artist from Vienna, in the house of culture in the Bratislava district of Ružinov. The Budova(ť) pre umenie / Bau(t)en für die Künste / Building(s) for Arts in the Design Factory in Bratislava brought photos of multi-functional buildings in the federal state of Lower Austria as depicted by Bruno Klomfar.

Another current exhibition is oriented on the delicate issue – for Slovakia as well as Austria – of Jewish culture, and the work and fate of Jewish artists: the “Visions – Vízie – Visionen”
exhibition in the Bratislava City Museum in the Old Town Hall shows the oil paintings and drawings of Adolf Frankl, inspired by the Holocaust. Frankl was a painter born in Bratislava – then known as Pressburg (in German) or Pozsony (in Hungarian) – who was deported during World War II to a Slovak concentration camp in Sereď and later to the Auschwitz-Birkenau death camp. After the camp was liberated by the Red Army in 1945, he returned to Bratislava and four years later emigrated, together with his family, to Vienna. The cycle Visions from the Inferno was started after World War II.

Another event focusing on Jewish heritage, this time in Nazi Germany, was a concert by Trio Tris on November 16, 2011, commemorating the Kristallnacht pogrom of 1938. The ensemble performed pieces by Jewish composers who either died or were forced to flee: Vally Weigl, Alexander Zemlinsky, Robert Starer and Joachim Stutchewsky.

Most of the concerts in Mozart Hall of the Austrian Embassy’s building at Ventúrska 10 have focused either on classical music (e.g. Trio Frizzante, Ensemble Levante & Agnes Wolf) or jazz (Duo JuJu, Harry Sokal Groove featuring Raphael Wressnig). But concerts also are held outside RKF premises, for instance those by organist Thomas Schmögner in the Big Concert Hall of the Slovak Radio building, and the Frick/Helbock Duo in the Town Culture Centre in Malacky.

When approached by The Slovak Spectator at an earlier concert, RKF head Brigitte Trinkl explained the criteria and process used to select Austrian artists for embassy support: “We have our own ideas, for example a year can be dedicated to a certain personality or an event’s anniversary, but in general we get recommendations from the Culture Section of the Austrian Foreign Ministry, which has updated information about the actual musical scene. Basically, we try to bring in young,
promising contemporary musicians and composers of various genres and styles. And we try to combine the well-established with the lesser known, so that the [range] is broader.”