THE PUBLIC can learn how much each of the political parties spent on their campaigns leading up to the March 10 parliamentary elections as they have now filed final financial reports with the Finance Ministry. 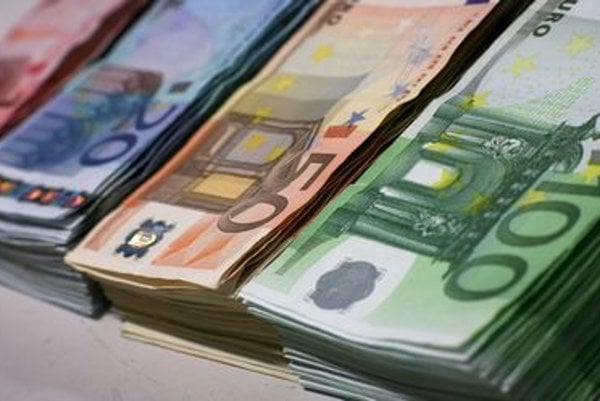 THE PUBLIC can learn how much each of the political parties spent on their campaigns leading up to the March 10 parliamentary elections as they have now filed final financial reports with the Finance Ministry.

Though in some cases expenditures are specified to the cent, Gabriel Šípoš, the chair of Transparency International Slovensko (TIS), told The Slovak Spectator at the beginning of March that there is no real way to check the accuracy of the reports.

Šípoš noted that Slovakia lacks monitoring mechanisms to check the veracity of information submitted by the parties on how much they spent during their campaigns. In addition, he said the current law has several loopholes and only requires information to be submitted on the financial accounts of the political parties and that other groups that pay expenses that support a party or candidates are not required to submit reports to the Finance Ministry.

“Taking this into account, the monitoring of expenditures and sponsors [of parties] is absolutely ineffective,” Šípoš told The Slovak Spectator.

According to the final campaign reports submitted to the Finance Ministry, Smer spent the most – €3,309,657. Of this, €3,052,136 went to Uptown Productions, the company that prepared the party’s campaign materials. Uptown spent the majority of that amount on ‘other forms of presentation’, such as posters, billboards and bigboards. The report indicates that the party spent nothing on opinion polls.

Smer reported taking a loan of €1 million from OTP Bank and financed the additional expenses from its party reserves.

The Slovak Democratic and Christian Union (SDKÚ) spent the second largest amount even though it finished the election with the second lowest number of votes among the six parties that reached parliament. The SDKÚ’s spokesperson, Michal Lukáč, told The Slovak Spectator at the end of February that the party’s campaign was expected to cost about €2 million, but according to the final report sent to the Finance Ministry, SDKÚ expenditures reached €2,603,052.

The SDKÚ reported its largest expenditures in the category of ‘other forms of presentation’, which included billboards, posters, promotional materials and the rental of rooms for meetings with voters. The party reported that it spent nothing on erecting posters and billboards on municipal sites.

The Christian Democratic Movement (KDH), which captured the largest number of votes among the parties that are now in opposition, reported that it had spent €1,054,523. Its largest expenditures were in the category of ‘other forms of presentation’. The least amount spent by the KDH went on posters and billboards erected on municipal sites. The KDH reported income of €1,030,000 and said it had taken a €1 million loan from OTP Banka.

The Ordinary People and Independent Personalities (OĽaNO) party reported that it spent €546,623 in its election campaign, with the most going for ‘other forms of presentation’ and the least for posters and billboards erected on municipal sites.

The party reported that it did not take out any bank loans but had received interest-free loans from Igor Matovič, the party’s chairman, and his wife Pavlína.

Most-Híd told The Slovak Spectator in February that it expected to spend about €800,000 but its final report to the Finance Ministry shows expenditures of €1,144,588. Most-Híd spent the most on posters and billboards erected on municipal sites but nothing on advertising in the broadcast media or on reimbursing members’ travel expenses.

Freedom and Solidarity (SaS) reported that it spent €1,189,287 on its campaign, even though its spokeswoman, Tatiana Tóthová told The Slovak Spectator at the end of February that the party planned to spend only €800,000.

The party paid out the largest amount in the category of ‘other forms of presentation’ that included billboards, posters and its campaign on the internet. It spent nothing on opinion polls or reimbursement of travel costs.

SaS reported income of €252,000 in the form of loans from members of the party.

The Slovak National Party (SNS), which failed to make it into parliament, declared expenditures of €1,212,971, with the largest amount going on advertising in the broadcast media. The Hungarian Coalition Party (SMK), which also failed to win any seats, reported spending €543,312, with its largest expenditures being in the category of ‘other forms of presentation’.

Šípoš said that because TIS had not undertaken any independent monitoring of the expenditures of the parties he would not comment on whether information in the reports submitted to the Finance Ministry was accurate.

“But nothing has changed in declaring [expenditures] for this year’s campaign,” he told The Slovak Spectator, indicating that his organisation believes there are insufficient reporting requirements and monitoring of parties’ expenditures.

Šípoš did tell The Slovak Spectator that the reported expenditures by the 99 Percent – Civic Voice party, which captured less than two percent of votes, were questionable. In the party’s preliminary report, it stated it had spent nothing on media advertising even though extensive ads had been broadcast on two television stations. Ivan Weiss, a member of the party and one of its main financial sponsors, stated that the costs for the media advertising were paid by a group called Citizens in Action that was not required to report its expenditures.

The party’s final report submitted to the Finance Ministry indicates that it spent a total of €761,287 and the largest proportion of that, €746,370, went on its broadcast media campaign.
Šípoš believes that 99 Percent – Civic Voice, in essence, circumvented the law by having the media ads paid for by Citizens in Action. An organisation that provides support for a party but does not make a direct contribution to the party’s coffers is not required to report its expenditures under the current law, Šípoš said.

“This misleads the public and makes checking of the party’s sponsors more difficult,” Šípoš told The Slovak Spectator.

All the parties currently sitting in parliament as well as 99 Percent – Civic Voice and the Hungarian Coalition Party (SMK) signed a pledge in early February that had been prepared by TIS, the Institute for Economic and Social Reforms (INEKO) and the Slovak Governance Institute (SGI) in which the signatory parties committed themselves to passing legislation to make party financing more transparent within one year from the March 10 election.

The changes described in the pledge document include the establishment of an independent body responsible for examining political parties’ financial accounts and a regulation that the state cannot contribute more funds to a party than it receives from contributors.

Šípoš said that the first sign of whether the parties are really interested in making these changes will be revealed in the government programme statement that is to be presented to parliament on May 2.

“I assume that the majority of the requirements will pass since there is public pressure after Gorilla [the internet-published, unverified document alleging high-level political corruption in 2005-6], the [parties’] public pledge to make the changes prepared by TIS, as well as from warnings by the Council of Europe,” Šípoš told The Slovak Spectator.