Slovakia can act as example to others

WESS Mitchell came in contact with central-European issues when he was a child, as his Texas-based family would visit areas of that state during their summer holidays that had large communities of Czech immigrants. At university his first studies focused on Germany but later his strong interest in central Europe made this region his primary area of academic interest.The Slovak Spectator spoke with Mitchell, currently the president and co-founder of the Center for European Policy Analysis (CEPA), a think tank in Washington DC, while he was in Bratislava for the GLOBSEC forum in mid April about the role of the third sector in a democratic society as well as the role of Slovakia in the international community. 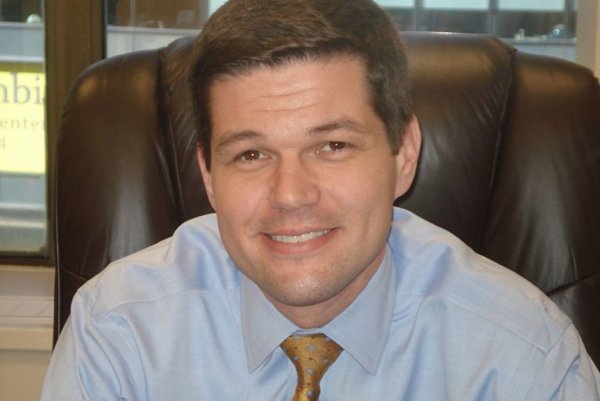 WESS Mitchell came in contact with central-European issues when he was a child, as his Texas-based family would visit areas of that state during their summer holidays that had large communities of Czech immigrants. At university his first studies focused on Germany but later his strong interest in central Europe made this region his primary area of academic interest.
The Slovak Spectator spoke with Mitchell, currently the president and co-founder of the Center for European Policy Analysis (CEPA), a think tank in Washington DC, while he was in Bratislava for the GLOBSEC forum in mid April about the role of the third sector in a democratic society as well as the role of Slovakia in the international community.

The Slovak Spectator (TSS): Why do you think the role of NGOs and the third sector at conferences and international forums is so important?
Wess Mitchell (WM): In democratic societies, unlike totalitarian ones, we have frequent, peaceful, democratic changes of governments. One of the challenges of the democratic system is that precisely because governments change, we are also changing our foreign policy approach, or software. [It is like] a computer where software is constantly being pulled out and then put back in. What think tanks do is act as a critical venue, like a greenhouse or nursery, for conserving expertise on foreign policy issues that are very complicated and deal with specific problems in specific regions. A think tank is there every time a government changes and new officials assume authority. Lots of people who know nothing about the [foreign policy] issues become government officials. Think tanks help address that problem by creating a long-term, stable base of expertise and helping a new government understand [that it] can draw people from those think tanks to be officials working on specific issues. And when those people leave office, they can go back to the think tanks and continue their work.

TSS: How do you see the current situation of think tanks in Slovakia? Should they be more active in participating in discussions over important issues?
WM: In the United States and Europe, think tanks are essential for developing new ideas and innovative approaches to complex policy puzzles. Particularly in countries like Slovakia, these institutions fill an important space between public and government decision-making by providing a continuity of thinking on issues like Slovak foreign policy and Slovakia’s role in the eurozone. It is remarkable to see how the country’s think tank community continues to grow – a trend which strengthens Slovakia’s domestic policy discourse and amplifies its role at the European level.

TSS: What do you think are the main challenges for Slovakia in its foreign policy and international relations?
WM: I see at least two areas of challenge for Slovakia. One of them is Slovakia’s role in the economic integration of Europe. Slovakia, based on the fiscal contract, has to strengthen its rules for economic governance. Those rules will be challenging for all member states of the EU. For Slovakia they will be especially challenging because Slovakia does have a modest debt that now needs to be looked after by policymakers in line with the new fiscal contract. So it is a challenge for Slovakia, which has been an economic tiger in attracting foreign investment, [thanks to] its low cost of labour, tax environment, and the hardworking, well-educated people. But the challenge is to keep that economic miracle going at the moment when Slovakia effectively is being told by the European Union that it must also live within very strict economic bounds. So Slovakia will need to walk the tightrope between living up to the new EU rules and continuing to attract investments and maintaining a low tax environment while also still providing Slovak citizens with a level of social benefits.

In addition, Slovakia is facing the same challenge as its neighbours in the Visegrad Group (V4) of being a small or mid-sized European country on the eastern shoulder of Europe that is part of NATO, part of the EU. It faces an external international landscape that is changing dramatically with significant power and economic shifts underway in the world. The challenge for Slovakia is to understand where it can have a positive impact in this environment, specifically as a partner to its neighbours in the Visegrad countries. The V4 provides an unusually opportune environment, or venue, for Slovakia to aggregate its policymaking, interests and power with Hungary, the Czech Republic and Poland in order to have a bigger impact in Europe. The four members of the Visegrad Group together have more voting power than Germany and France combined. The challenge is to know how to develop that power and have its members really focused, to combine their efforts and not be distracted by changes in governments. So if the central-European states can maintain this focus, [they have] a tremendous opportunity to have power in the EU and NATO and can also project Euro-Atlantic values eastward into Ukraine and Belarus. They can make sure that the reform agenda that brought Slovakia into the EU and NATO continues further east.

TSS: So basically it means that Slovakia should have cooperation with these countries?
WM: Slovakia should be very active alongside other central-European states in places like Ukraine and Belarus by showing them the advantages of western integration, democratic norms, and stable democratic institutions. Slovakia can show its eastern neighbours concrete examples of what is possible if they clean up corruption and transform themselves broadly by developing European norms in economic institutions and political values. This is a very important responsibility because America will not always be able to play this role as it did in the past.

TSS: Do you think Slovakia can succeed in this role?
WM: It already has. We live in a moment of history when we all have been surprised by the result of the economic crisis. It is very important that we are able to project with confidence what it is in our [democratic] system that works in terms of maximising the public good, and providing economic, social and political benefits to citizens on an individual level in a way that an authoritarian system cannot. The West right now is tired, lagging and under-confident. But you must be able to show that this is not so in Slovakia’s case. Slovakia in recent years has done an unusually good job alongside Hungary, Poland and the Czech Republic by projecting these values in the western-eastern partnership in the V4 format. In some cases, Slovakia has engaged in human rights campaigns and helped keep a focus on bad regimes. Slovakia, with its neighbours, is in a unique place to make an impact because you have lived in times when Slovakia looked like places such as Belarus or Burma, or even Russia. It is important for these people to look at your example and see that these changes are possible.