When being less known is a tourism advantage

SLOVAKIA is a long way from being a major force in MICE (meetings, incentives, conferences, and exhibitions) tourism. But its low profile, untouched countryside and its growing number of high-class hotels – plus its location in the centre of Europe – may soon start to draw in new business clients and make Slovakia more visible in this lucrative segment of the tourism market. 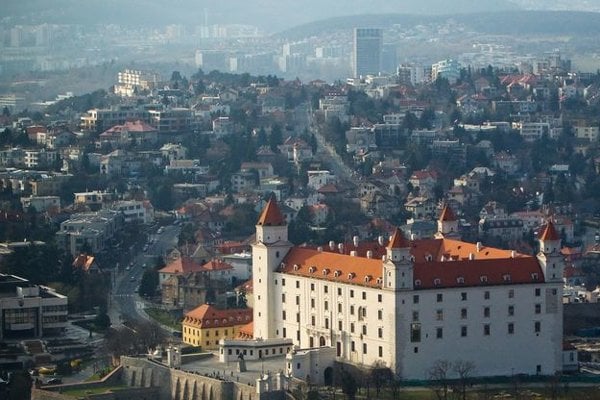 SLOVAKIA is a long way from being a major force in MICE (meetings, incentives, conferences, and exhibitions) tourism. But its low profile, untouched countryside and its growing number of high-class hotels – plus its location in the centre of Europe – may soon start to draw in new business clients and make Slovakia more visible in this lucrative segment of the tourism market.

“Slovakia still remains among the new and undetected destinations,” Jaroslava Čujková, project manager of the Slovak Convention Bureau (SCB) at the Slovak Tourist Board (SACR), told The Slovak Spectator. “Compared with neighbouring countries we have the advantage of being not too well known. Most associations, when looking where to organise their MICE events, are searching for new destinations.”

Čujková believes that promotion of Slovakia as a MICE destination should therefore focus on corporate clients and associations which currently rotate their meetings among destinations in central Europe.

“Experts regard joining congress with wellness [activities] and closeness to untouched nature to be unambiguously a great advantage of Slovakia,” Čujková said, adding that interest in Slovakia as a MICE destination has been growing.

Michal Čuridlo, the secretary general of Historic Hotels of Slovakia, an association which links 11 hotels across the country that occupy historical buildings, adds that Slovakia can offer originality and become a new MICE destination.

“Each organiser is searching for ‘a not worn-out’ destination, which Slovakia certainly is,” Čuridlo told The Slovak Spectator. “It distinguishes [itself] by its originality and it is precisely the unfamiliarity of the destination that can provide a certain moment of surprise, along with exclusivity.”

Zuzana Šedivá, the secretary-general of the Association of Hotels and Restaurants of Slovakia, said she regards Slovakia as an advanced beginner in the sphere of international incentive tourism.
“After some years of effort to integrate into the European structures of event organisers better times now loom,” Šedivá told The Slovak Spectator, pointing to the launch of the SCB.
According to Šedivá, her association has already noticed that the world has gradually started discovering Slovakia.
“Over the last two to three years several important events were held in Slovakia and the organisers praised the services as having been provided at a high level,” said Šedivá.

The global economic crisis has affected MICE tourism in Slovakia as well as around the globe. According to Čujková, one consequence has been that the number of congresses has decreased and costs have been cut, for example by lower-category hotels being chosen as venues. Between 2009 and 2010 Slovakia recorded a drop in the number of tourists, including business visitors.

“Alas, Slovakia does not have its own MICE statistics, which is a big disadvantage when promoting [the country],” Čujková said. “But based on our experience we could assess the situation during these years as average to below-average. An improvement occurred in 2011 when Slovakia registered an increase of 10.1 percent in the number of foreign tourists.”

Čuridlo was not able to say what impact the crisis has had on his association’s hotels as this segment in Slovakia is relatively new and most of the historical hotels have been reconstructed over the last three to four years.

Čujková provided statistics which the International Congress and Conference Association (ICCA) publishes annually about congresses and conferences: in 2010 more than 9,100 events were held around the world. Among 95 assessed countries, Slovakia kept its position from 2009: it was 60th, with 22 events held. The capital, Bratislava, placed 178th, with 10 events among the 320 cities evaluated.
The world ranking of cities was topped by Vienna, with 154 meetings, while Budapest and Prague placed 18th and 19th with 87 and 85 events respectively, according to the ICCA website.

Based on the ICCA statistics, as many as 15.6 percent of events are medical events, 14.1 percent scientific and 11.1 percent are related to various technologies.

“Apart from listed events organised by associations we have to include into the total number also corporate events, which are much more numerous but for now we do not have precise numbers,” said Čujková.

What does Slovakia offer – and is there demand ?

Slovakia has a rich history, valuable culture, world-renowned artists, a beautiful natural environment and interesting gastronomy, according to Šedivá. All these go to make for an interesting destination, with hotels in new developments as well as historical edifices.

“Just as manor houses and castles served a representative function for their owners in the past, hotels located in historical buildings are a magnet for their attractiveness and representativeness,” Čuridlo said. “Each company which is organising a congress, conference or a meeting with commercial partners is looking for exceptional representative premises, which these places certainly offer.”

The SCB ranks Bratislava as the most favourable place for the development of MICE tourism in Slovakia. It has premises with the necessary capacities and the city has already proven its ability to hold demanding meetings.

“Over the last few years new hotels of the highest categories have also been built outside Bratislava, for example in the High Tatras, Košice, Žilina and Trnava,” said Čujková. “These destinations are certainly attractive for the development of MICE tourism with regards to their connection with tourist attractions. Historical and spa towns or mountain resorts located in the beautiful Slovak countryside are suitable for smaller conferences, seminars and training sessions.”

Čujková said for the time being the global trend is to shorten congresses and conferences as well as to reduce their size, with most MICE events being organised in the middle range, i.e. for up to 500 participants.

“It is very important not to overstate congress capacities because even when it comes to a congress with 120 participants and we have a congress hall with such a capacity, participants will also need some other rooms, for example for smaller individual meetings,” said Čujková. “A hotel with one room, even with a higher capacity, does not necessarily suit [these needs], something that many hotels in Slovakia do not realise.”

With regards to capacities Čujková pointed out that Slovakia continues to lack a convention centre, and that in Slovakia purveyors of MICE tourism products are mainly hotels with conference capacities for medium-sized events of up to 500-600 participants.

The main goal of the SCB, which was established in October 2010, is to actively promote Slovakia and its congress potential. Apart from the basic element of presentation, i.e. the creation of a website and printed promotional material, the SCB plans to produce a more extensive publication, the Meeting Planners’ Guide. It would also like to start publishing a regular electronic newsletter. It attends top MICE fairs like IMEX in Frankfurt and EIBTM in Barcelona, as well as some business-to-business fairs which are of interest to corporate clients and MICE bookers. It has also begun organising info-tours for journalists to make Slovakia more visible and hosts inspection tours for organisers of congresses and conferences.

“It is also very important to watch the latest trends in a changing world,” said Čujková, adding that the change in generations brings with it an interesting change in the way that programmes are organised. “Especially the young generation prefers direct contacts and discussion with lecturers and experts rather than a classical congress programme. This is changing requirements as well as space organisation, to which it is necessary to adapt.”