THE WINNERS of the Slnko v sieti (The Sun in a Net) 2012 Slovak National Film Awards were announced on April 17, 2012 in Bratislava. The biennial awards were established in 2004 by the Slovak Film and Television Academy (SFTA). 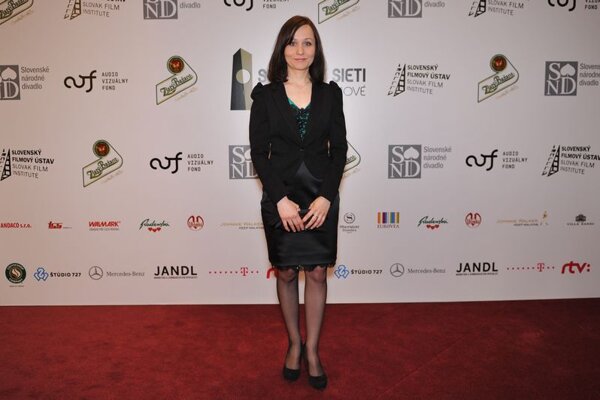 THE WINNERS of the Slnko v sieti (The Sun in a Net) 2012 Slovak National Film Awards were announced on April 17, 2012 in Bratislava. The biennial awards were established in 2004 by the Slovak Film and Television Academy (SFTA).

The award for Best Documentary Film went to 25 zo šesťdestiatych (25 from the Sixties) by Martin Šulík. The Best Animated Film was Kamene (The Stones) by Katarína Kerekesová, while the Best Short Film was Ľahký vánok (Light Breeze) by Sahraa Karimi. Best Art Direction went to Přežít svuj život (Surviving Life) by Jan Švankmajer.

Two Suns in the Net for Outstanding Contribution to Slovak Cinema were awarded to director and scriptwriter Eduard Grečner, the author of films such as Nylonový mesiac (Nylon Moon) from 1965 and Drak sa vracia (Dragon’s Return) from 1967; as well as to cinematographer Tibor Biath, who collaborated with Eduard Grečner on Nylon Moon, and Peter Solan on Boxer a smrť (The Boxer and Death) from 1962, Tvár v okne (A Face at the Window) from 1963 and many others.

Grečner, 80, told the TASR newswire that he considered the award to be very special, as it was named after a cult Slovak film on which he himself was assistant director, and Štefan Uher, the movie’s art director, helped him start his career. The movie itself will turn 50 this year.

Martin Šulík summed up that this year’s national film award proved that a new generation has emerged in Slovak cinematography. “Innumerable young talented people came. I really wish for them to get the due space for their work, as they bring completely new themes, reflect our reality and give a testimony of our era which will be necessary after some time,” he told TASR.