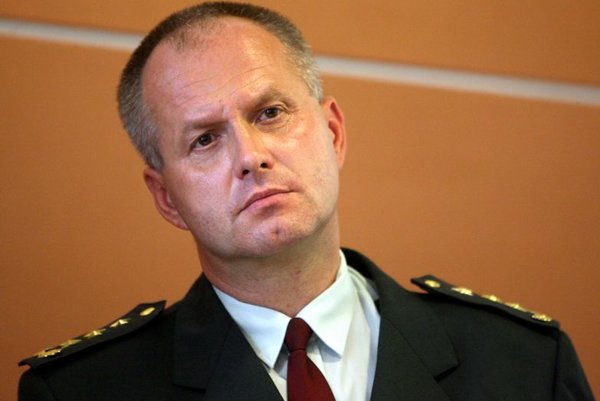 Meanwhile Jozef Magala, the boss of the SIS during the first government of Robert Fico, was given the cabinet’s nod to take the helm of the National Security Authority (NBÚ), which vets nominees for high political posts and issues security clearances. Unlike the SIS boss, he needs parliamentary approval, but since the ruling Smer party holds 83 seats in the 150-seat house Magala is a shoo-in.

Still unclear as of May 3 was the identity of the new national police chief to replace Jaroslav Spišiak. However, Interior Minister Robert Kaliňák has reportedly lined up former police vice president Stanislav Jankovič for the job. His appointment had been stalled by an ongoing criminal investigation into his past conduct, but a decision in late April by the prosecutor in the case to drop it means that obstacle to Jankovič’s appointment is now gone.

“During the investigation it has not been proven that the act was committed by the accused, Stanislav J,” Ivan Vozár, the spokesperson for the Regional Prosecution Office in Banská Bystrica, said, as quoted by the Aktualne.sk news website.

Kaliňák refused to comment on the decision and on April 30 said that he would meet Jankovič to hear his explanation and then decide on his possible nomination to the post of police chief.

The investigation into Jankovič was in connection with the alleged cover-up of a speeding offence involving businessman Ján Božík.

Božík was caught driving at 190 kilometres per hour on the R1 dual carriageway in June 2010. Police officers fined him €400 and, when he refused to pay, confiscated his driving licence. Božík then allegedly called Jankovič who arrived in person at the police station in Žiar nad Hronom and asked that the driving licence be returned to the businessman and that the offence be deleted from the public record.

The pair’s alleged telephone conversation was covertly recorded because Božík was at the time being investigated for suspicions of corruption.

The prosecutor concluded there was a lack of evidence to confirm that it was Jankovič who returned the driving licence to Božík, the Sme daily reported.

As this issue of The Slovak Spectator went to print on May 3, it was still not completely clear whether Jankovič would get the top police job.

The SIS boss and NBÚ head

Valko, whose name has been touted around for various senior posts ever since Prime Minister Robert Fico started putting together his government, had already been screened for the SIS job when he was appointed by the president on May 3. Valko replaces Karol Mitrík, a former Slovak Democratic and Christian Union (SDKÚ) MP and mayor of Spišská Nová Ves, who was nominated by former prime minister Iveta Radičová.

Fico on April 27 thanked Mitrík for not allowing the SIS to be turned into “a normal information office”, where, according to SITA, he said anyone can come and ask for whatever they want and take it away, even in a plastic bag: an apparent reference to previous leaks of a politically compromising nature which are believed to have originated with the SIS.

Fico also said that even if Mitrík was not from his (i.e. Smer’s) political camp, he managed to maintain continuity and the service under his management had a professional and legal approach to fulfilling its tasks.

At the NBÚ, Magala will replace František Blanárik, a Movement for a Democratic Slovakia (HZDS) nominee who resigned months ago but has remained in office due to the previous coalition government’s failure to agree on his replacement. In 2008 Blanárik was reported to have been an agent in the communist-era counter-intelligence service.

Freedom and Solidarity (SaS), a member of the previous centre-right coalition government, was granted the right to name candidates for the job but objections were raised against a series of its nominees. Just as SaS MP Kamil Krnáč was finally agreed as the nominee, the government lost a vote of confidence and Krnáč was never formally appointed by parliament.