Slovakia as a prime site for outsourcing firms

SLOVAKIA is becoming more and more popular as a site from which to provide outsourcing services, especially in the areas of IT, facility management and business processing outsourcing, often known as BPO. The country’s relatively inexpensive labour force, with its high number of university graduates, their good language skills and its cultural proximity to countries in western Europe, leads experts in the field to believe the prospects are good for more outsourcing services to be based here. 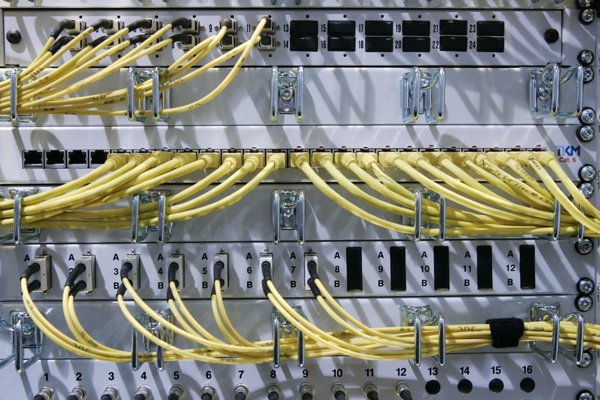 SLOVAKIA is becoming more and more popular as a site from which to provide outsourcing services, especially in the areas of IT, facility management and business processing outsourcing, often known as BPO. The country’s relatively inexpensive labour force, with its high number of university graduates, their good language skills and its cultural proximity to countries in western Europe, leads experts in the field to believe the prospects are good for more outsourcing services to be based here.

“The advantage of Slovakia as a country providing outsourcing services for foreign companies doing business in various sectors is the single currency, the euro, as well as the language skills of university graduates,” Michal Paulen, a consultant in the consulting department at Deloitte in Slovakia, told The Slovak Spectator. “Moreover, Slovakia still offers, compared with other countries of central Europe, a cheaper labour force and simultaneously high labour productivity.”

Paulen and Peter Horovčák, a senior manager in the consulting department at Deloitte, added that unlike well-known outsourcing countries like India or China, companies that provide outsourcing services from Slovakia are closer to western countries, geographically and culturally.

“This fact makes communication easier and the company that has outsourced activities has better control over them,” Paulen stated, adding that several unsuccessful experiences in outsourcing to India and other Asian countries have caused more western European companies to prefer what is called ‘onshoring’ or ‘nearshoring’, and Slovakia and other central European countries belong among the best locations for nearshoring.

Alica Pavúková, a partner of PwC in Slovakia, which provides assurance, tax, legal and advisory services, specified that central and eastern Europe is a kind of mecca for outsourcing functions to service centres and particularly for accounting services.

Based on a global CEO survey conducted by PwC, she sees a high demand for outsourcing in coming years. Globally, about 35 percent of companies opted for outsourcing of some kinds of processes or functions in 2011, while in all of western Europe it was 38 percent, 41 percent in Germany, and 33 percent in Slovakia. She added that 47 percent of all companies in central and eastern Europe had outsourced work.

“These data show that there is a significant demand for outsourcing as well as supply,” Pavúková told The Slovak Spectator. “The biggest outsourcing centres in the region are in Prague, Budapest, Brno, Krakow and Bratislava.”

Firms in Slovakia focus on information technologies and Paulen said demand for these services is the greatest. Pavúková agreed that IT is the sector in which development of internal or external outsourcing is growing quickly. All three experts agreed that almost all larger companies are outsourcing various IT functions and that many companies do not realise that acquiring IT services in this way is outsourcing.

Outsourcing work to call centres as well as functions such as billing is also in high demand and demand is also growing for business process outsourcing (BPO) and outsourcing of human resource and facility management (FM) functions.

Facility management outsourcing is used extensively by banks, shopping and entertainment centres and industrial parks and is also being used for buildings owned by the state government or regional and local governments.

Pavúková explained that companies often use what is called internal offshoring via a central service centre or a shared service centre. In general, outsourcing means that a company no longer handles a certain process or function internally and purchases it as a service, sometimes from an affiliated company. Internal offshoring or contracting with a service centre means that some processes are outsourced but go to another specific unit within the corporation. For example, an internal service centre in Slovakia is contracted to perform accounting services for the corporation’s individual affiliates or subsidiaries located in multiple countries.

“Global companies use internal offshoring via service centres or shared service centres,” said Pavúková. “Among those in Slovakia employing thousands of people are IBM, Dell, Lenovo, Kraft Foods and Johnson Controls. These service centres specialise particularly in functions and processes like accounting, financial supervision, budgeting and also sales and after-sales services. Their customers are often the parent company and other units within the corporation.”

Experts believe growth will come in outsourcing of human resources functions in coming years.
“Companies outsource, either internally or externally, activities like training and development of employees, hiring new employees, payroll processes or personnel administration,” Pavúková stated. “Nowadays almost all companies use personnel outsourcing in one form or another.”

These three experts agree that university-level educations, good language skills and work habits, use of the euro, and Slovakia’s central geographical position and cultural affinity to other European countries are the primary reasons for companies to establish outsourcing operations in the country.

But Pavúková noted that rising labour costs in Slovakia, and particularly in Bratislava, as well as the relative saturation of service centres in the labour market means that other European countries such as Ukraine, Romania, and Bulgaria are gaining a competitive advantage.

Nevertheless, the experts see IT as most promising for further growth of outsourcing from within Slovakia, with call centres, facility management, human resources, accounting services and logistics as other potential areas.

“Simultaneously, we see a change in the expectations of companies in using outsourcing, with reduction of operating costs and regulatory compliance no longer being the only goal of outsourcing,” Pavúková said.