A BOOK that charts a hundred works by artist Koloman Sokol that had never been shown or published before was launched on April 20 in the Bratislava City Gallery (GMB) as part of the Bratislava for All weekend. Sokol was a world-renowned painter and graphic artist of Slovak origin who played a key role in the development of Slovak graphic art in the 20th century. 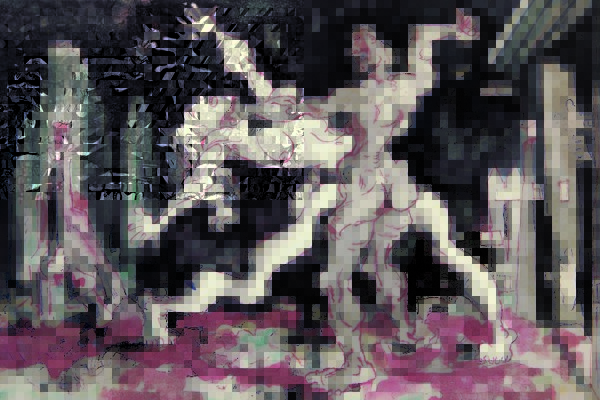 A BOOK that charts a hundred works by artist Koloman Sokol that had never been shown or published before was launched on April 20 in the Bratislava City Gallery (GMB) as part of the Bratislava for All weekend. Sokol was a world-renowned painter and graphic artist of Slovak origin who played a key role in the development of Slovak graphic art in the 20th century.

The book premiered as well on April 16 in the Palais des Nations in Geneva during the opening of a selective exhibition of Sokol's works called The Life of an Artist in Exile that remained open until the end of April. The curator of the Swiss exhibition was Ivan Jančár, co-author of the recently released book and head of the GMB.

US Ambassador Theodore Sedgwick spoke at the Bratislava event. He called Sokol, whose life story reflects the turbulence of the 20th century, a bridge between Slovakia and the United States. The book, titled 100 Unpublished Works (100 nepublikovaných diel), is in Slovak and English.

Sokol was born in Liptovský Mikuláš in 1902 and first moved to Mexico where he lectured at the University of Mexico. After World War II he returned to Czechoslovakia for some time but later left to live in the US and Canada. He died in Tucson, Arizona in 2003.

Sokol had a joint exhibition with Austrian artist Oskar Kokoschka in New York in 1968. Sokol is seen as a representative of critical expressionism and his works focus on social issues and human existence. But art critics say Sokol’s style was always quite unique and it is difficult to categorise his art.

Ivan Jančár’s chapter in the book titled The Emergence of Abstract Expressionism discusses the 1952 exhibition of 15 American abstract artists such as Jackson Pollock, Mark Rothko, Clyfford Still and others while the centre of contemporary art was moving from Paris to New York. But Jančár wrote that the event had no significance for Sokol and that he actually completely rejected the artistic concept stating: “What the abstract artists do has little to do with art. If it is nice, it can be decoration; but to change it into art, you need the spirit”.

Jančár recalled an episode when he visited Sokol and searched through the artist’s desk drawers while he was napping and found nude drawings in one of them. When Sokol awoke he yelled “Oh, no! You cannot take these; they are too private, too intimate!” Jančár confessed that they are now part of the book, adding that he hoped Sokol would forgive him.

The Hospodárske Noviny daily’s online edition wrote that it was Sokol’s son Juraj who invited Jančár to help sort out the artist’s works after he and his wife Lýdie had both died. Juraj Sokol and Jančár found so many unknown works that the latter proposed that a book be prepared so that they would be available to the public.

Lee Karpiscak, the other curator of the exhibition and co-author of the book, is an art historian born in New York who now works at the University of Arizona Museum of Art in Tucson. She wrote about Sokol’s 100 years of life and the 100 works selected for the book. The art historian reflected on the impact of fate and immigration on the painter’s work, writing: “Sokol’s memories and nostalgia formed an escape for him… and continue to touch us through his art. Not only was Sokol faced with a perplexing amalgamation of national identities through the Slovak, Hungarian, Czech, Mexican and American cultures in which he lived but also with a gamut of artistic influences from which to choose. Yet he remained true to himself. And what if he would have chosen the ‘path not taken’? Would Picasso be the household name it is had he remained in his native Spain? How would living permanently in one of the world capitals of Prague or Paris or New York have altered Sokol’s notoriety? Certainly his visibility would have increased, giving his art the chance to be seen, appreciated, evaluated and analysed internationally. It is now left to the rest of us, as the keepers of the legend that is Koloman Sokol, to call attention to the qualities and characteristics that shaped his art.”

Koloman’s son Juraj and his wife Chrissy attended the book launch and Juraj recalled some of his childhood memories from Slovakia. Other speakers included Bratislava mayor Milan Ftáčnik and Juraj Heger, head of the Slovart publishing house which produced the book. The work, which is available at the GMB and various bookshops, was symbolically baptised with sand from the desert near Tuscon where Sokol died and with soil from Liptovský Mikuláš where he was born.