THE EUROPEAN Commission is looking into whether Slovak Telekom (ST) violated European competition rules in regards to several wholesale broadband markets in Slovakia. If ST and its parent company, Deutsche Telekom, cannot prove that there was no breach of EU regulations on open access to telecommunication networks they could face large fines. 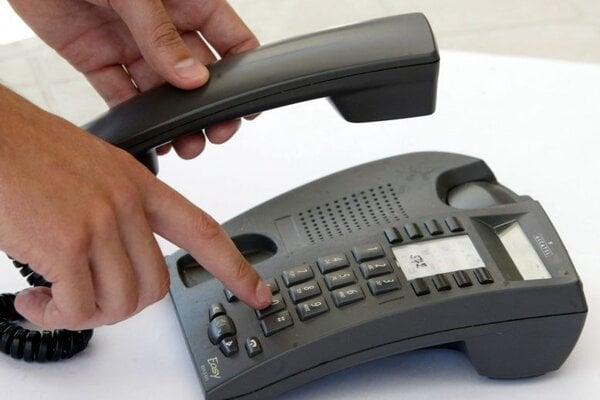 The EU believes ST did not provide fair access to its network for competitors. (Source: SME)
Font size:A-|A+  Comments disabled

THE EUROPEAN Commission is looking into whether Slovak Telekom (ST) violated European competition rules in regards to several wholesale broadband markets in Slovakia. If ST and its parent company, Deutsche Telekom, cannot prove that there was no breach of EU regulations on open access to telecommunication networks they could face large fines.

“At this stage, the European Commission takes the view that Slovak Telekom may have refused to supply unbundled access to its local loops and wholesale services to competitors and may have imposed a margin squeeze on alternative operators by charging unfair wholesale prices, in breach of EU antitrust rules,” states an EC news release, noting that this would be a violation of Article 102 of the Treaty on the Functioning of the European Union, which prohibits abuse of a dominant position in a national market.

The EC also wrote in its news release that Deutsche Telekom, which owns a 51-percent stake in ST, may be liable for the alleged conduct in Slovakia because of “the nature and degree of its links with its subsidiary”.

“The EC launched a formal proceeding against these companies after it carried out an unannounced inspection at the premises of Slovak Telekom in January 2009,” Andrej Králik from the European Commission’s office in Slovakia told The Slovak Spectator.

Králik added that the EC suspected that ST breached European rules for protection of market competition by misusing the company’s dominant position in Slovakia.

ST rejected the preliminary charges made by the EC. In an official statement it said that “the Slovak market for broadband services is fully developed”.

“Slovakia has one of the lowest prices for broadband services within the OECD and these prices are still decreasing,” the statement added.

ST wrote in its statement that all of its actions were in accordance with regulatory requirements and it had opened its metallic network to alternative operators who cover about 60 percent of the telecommunication market in Slovakia.

“The conditions of the approach of Slovak Telekom are fair and non-discriminatory.”

ST stated it will determine its next steps after it scrutinises the EC document.

Králik told The Slovak Spectator that the EC process will now allow the company to explain its actions and present evidence on why it believes there was no breach of the EU’s competition rules. The company can also ask for an oral hearing to respond to the EC charges.

Králik added that if ST and Deutsche Telekom do not prove that ST did not violate EU competition rules there could be a fine of up to 10 percent of annual profits.

“The final sum [of a fine] depends on various factors such as the duration of the violation and the character and importance of the unlawful act,” Králik told The Slovak Spectator.

Slovakia became part of the EU telecommunications market, which was made fully open to competition in 2002, when it joined the EU on May 1, 2004. The EU’s open competition rules in the telecommunication sector require that any new entrant to a national network, often called an alternative operator, should be able to access the networks of existing telecom operators because building a duplicate network alongside those built by firms under past monopoly conditions would not be economically viable.

The EC launched the proceedings against ST in April 2009, asserting that the firm prevented or hindered competition in broadband internet access and other electronic communication markets in Slovakia after completing an unannounced inspection undertaken jointly with Slovakia’s Anti-Monopoly Office.

The Anti-Monopoly Office had previously assessed a fine of €31.6 million against ST but the Sme daily reported that ST had successfully defended its actions in the Slovak courts, which ruled that the company did not violate the law.

“What is abuse of a dominant position in Europe will be imperceptible in Slovakia,” stated a representative of Slovakia’s Anti-Monopoly Office, as quoted by Sme.