COMPANIES in the past often purchased assets like cars, buildings, and IT equipment almost exclusively from their own resources. But executives of many companies are now realising that the main benefit flowing from having these kinds of tools is from using them, not from actually owning them. As a result, companies have started to use financial leasing in addition to cash purchase, and recently a large amount of operating leasing as well. 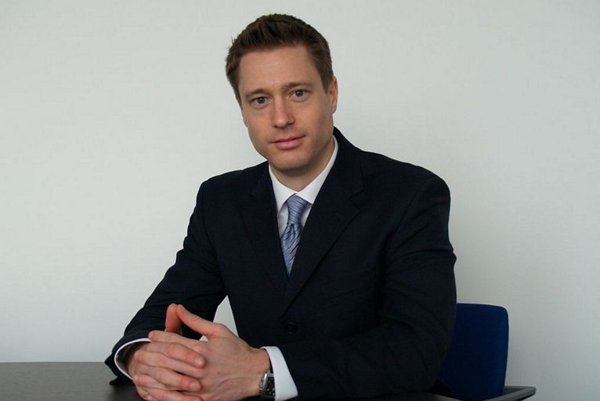 COMPANIES in the past often purchased assets like cars, buildings, and IT equipment almost exclusively from their own resources. But executives of many companies are now realising that the main benefit flowing from having these kinds of tools is from using them, not from actually owning them. As a result, companies have started to use financial leasing in addition to cash purchase, and recently a large amount of operating leasing as well.

Acquisition of IT equipment by Slovak companies has mostly been done by using their own cash resources in contrast to methods used by firms in western Europe and the United States. One of the reasons for this dichotomy is that only a small number of Slovak companies prepare a thorough analysis of the costs of purchasing and operating IT equipment compared to the costs of leasing it.

When a company uses its cash reserves to acquire IT equipment it usually does not realise that it is not acquiring an asset but rather a liability because it only considers the beginning of the life cycle of the IT equipment and the firm’s calculations do not reflect what happens at the end of its life cycle.

The most serious flaw in taking this approach is that it does not provide an accurate figure for the total cost of ownership (TCO) of IT equipment.

To prepare an accurate model for analysis, a firm’s chief financial officer (CFO) should incorporate the following costs of owning IT equipment and answer questions such as these: what is the cost of control and reporting of IT equipment and how will the firm comply with disposal of its IT equipment at the end of its life cycle with appropriate sanitisation of sensitive data and recycling in accordance with the law. The additional costs for recycling and sanitisation may range between 15 and 20 percent of the original cost, depending on the complexity of the equipment and the firm’s IT infrastructure.

Additionally CFOs’ analytical models often do not plan for an outage situation and subsequent reconstruction of the firm’s IT system and how much it will cost if a failure occurs when it is not covered by the manufacturer’s warranty or a service agreement that usually runs for a period of three years. In a situation like this, costs can grow exponentially.

Many companies in the west have chosen to use operating leasing as a way to acquire needed IT equipment. The lessee pays a monthly or quarterly payment that includes all costs related to the equipment and the firm’s cash can be employed in its core business rather than in the purchase of equipment not directly related to its core activities.

A leasing company incorporates all the costs associated with the IT life cycle into the lease payment and the lessee is not surprised with additional costs. Additionally, the lessee does not need to deal with the hassles related to recycling the obsolete equipment and sanitising its sensitive data. The lessee is able to predict the TCO associated with its IT equipment up front.

The chief financial officer then has a complete overview of the cost of IT equipment and can use this to precisely determine cash flow. The firm’s IT department can also become an important partner in helping the firm make strategic decisions and not only serve as a “fire-fighter” reacting to problems caused by obsolete or malfunctioning IT equipment.

Operating leasing works best for companies which see the benefits of using information technology equipment and not owning it. In particular, it can be a way of acquiring IT equipment that can have an initial cash investment that on average is higher than €30,000.

Why do certain companies lease their IT equipment instead of purchasing it? First, they are not motivated by ownership in itself since the equipment actually represents a liability rather than an asset on the company’s balance sheet. Secondly, they do not need to keep the equipment until it is fully depreciated and then miss out on timely, regular refreshment of their hardware by being trapped in the so-called depreciation jail. Third, operating leasing can be less expensive than ownership because a company uses its valuable resources in its core business, which yields a profit, rather than on auxiliary equipment that depreciates over time.

Companies leasing their IT equipment want greater flexibility in regularly refreshing the quality of their hardware and put more emphasis on accurate budget forecasting with predictable cash flow figures; they know the precise monthly cost of their IT equipment. Last but not least, these firms reduce the hassles and risks related to data sanitisation and proper disposal of information technology equipment.