A SPECIAL levy on banks was originally a pet project of Robert Fico and his Smer party. But it was the centreright cabinet of Iveta Radičová that actually ended up introducing the special levy on domestic banks and local subsidiaries of international banks, a measure which started to bite earlier this year. Fico, now prime minister, is toying with the idea of increasing this levy in some way to help patch holes in the state budget. Some experts warn that such a measure would endanger the international position of the Slovak banking sector and could have a negative impact on the whole economy. 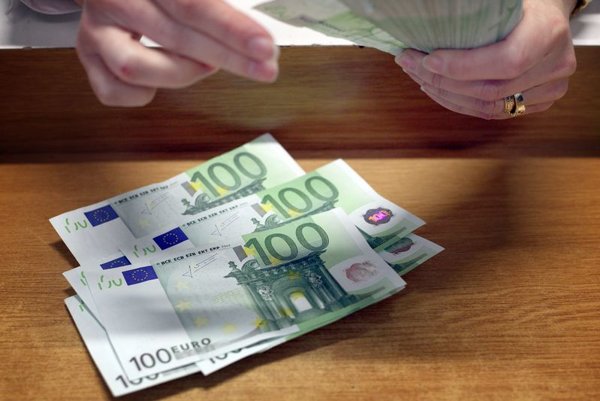 A SPECIAL levy on banks was originally a pet project of Robert Fico and his Smer party. But it was the centreright cabinet of Iveta Radičová that actually ended up introducing the special levy on domestic banks and local subsidiaries of international banks, a measure which started to bite earlier this year. Fico, now prime minister, is toying with the idea of increasing this levy in some way to help patch holes in the state budget. Some experts warn that such a measure would endanger the international position of the Slovak banking sector and could have a negative impact on the whole economy.

The Slovak parliament passed the legislation introducing the special levy on October 20, 2011. Its rate was set at 0.4 percent of banks’ liabilities after equity capital and deposits covered under Slovakia’s deposit protection system are deducted. While the Finance Ministry, at that time led by Ivan Mikloš from the Slovak Democratic and Christian Union (SDKÚ), said that the bank levy would provide a “healthy bite” for the state coffers, the Slovak Banking Association (SBA) said the measure represented a potential threat to the stability of the country’s banking sector.

Both before and after the March parliamentary election Fico hinted that he had plans to tap the profitable banking sector further via a higher corporate income tax and an extended bank levy. With regards to the latter there were hints that the current rate might be increased to 0.7 percent or that the levy might be extended to cover retail deposits. The levy rate suggested for these funds is 0.2 percent and it might raise an additional €50 million for the state.

Vladimír Dohnal, head of Symsite Research, says extension of the levy to retail deposits could be a better solution than raising the existing levy to 0.7 percent. According to him, the former would not represent such an interference in the ability of banks to provide loans and thus would not affect economic growth. But he expects that bank customers would feel the result of higher taxation. Taxation of deposits may make bank loans more expensive and reduce interest rates on deposits, the Sme daily wrote in late April.

While a final proposal for a revised levy has not yet been drawn up, the banking sector has already voiced opposition.

“The National Bank of Slovakia (NBS) regards the bank levy in general as a solution bringing more risks to the banking sector,” Petra Pauerová, spokesperson for the NBS, the county’s central bank, told The Slovak Spectator. “The current proposal, based primarily on corporate deposits, may cause an outflow of corporate deposits from local banks. Also, the bank levy creates an asymmetrical environment in the market in which banks with a significant share of corporate deposits in their liabilities are disadvantaged [compared] to retail banks.”

The central bank also claims that the current setting of the levy does not take into consideration the state of the economic cycle.

“In other words, during “bad times”, when the profitability of the banking sector is generally lower, the bank levy can make up a very significant portion of aggregate profit,” said Pauerová. “This may reduce [banks’] ability to strengthen their capital position.”

The central bank also regards as negative the fact that the current scheme requires payment of the levy by banks with losses.

It does not expect the bank levy to have a significant direct impact on the position of domestic banks in the international banking market.

“Domestic banks are primarily oriented towards the domestic economy,” said Pauerová, adding that it is necessary to note that over-burdening local banks, which are mostly foreign-owned, with the levy could decrease their attractiveness in the eyes of their parent companies, which may result in some negative trends.

The SBA considers the bank levy in its current form as being a significant risk with the potential to endanger the stability of the banking sector and the growth of the economy.

“The current rate is significantly higher than in other countries,” SBA spokesperson Monika Kuhajdová told The Slovak Spectator. “The average rate of the bank levy in the EU is around 0.05 percent. Only two countries significantly exceed this level: Slovakia and Hungary.”

Kuhajdová added that in Germany, for example, which directly participated in saving its banks during the financial crisis, the rate is 10-20 times lower, at 0.02 and 0.04 percent.

According to the SBA, the bank levy at its current level reduces the ability of banks to provide credit and hence future economic growth in two ways. First, it may mean an outflow of corporate deposits into countries with a lower levy or where such taxation does not exist, meaning less money will be available for loans. The SBA also says the levy reduces banks’ profitability and thus their ability to generate adequate capital, which is equally necessary to boost the provision of credit.

Individual banks also pointed to what they say is a high rate of the current tax levy. Róbert Prega, chief economist at Tatra Banka, told The Slovak Spectator that the higher taxation rate and lower rate of available resources for banks means they have less resources to allocate for increasing their capital. Banks have to maintain a minimum capital adequacy ratio set by the NBS. If, because of reduced profits, a bank is not able to increase its capital, the result will be that it cannot increase the volume of loans it provides to companies and households.

“Thus a too-high rate of taxation on the banking sector can lead in the medium term to a risk that banks are not able to finance economic growth to an adequate degree,” Prega said, adding that each potential increase in taxation of the Slovak banking sector significantly increases these risks.

Zdenko Štefanides, chief economist at VÚB Banka, shares the opinion that the levy directly reduces banks’ profits and consequently their ability to strengthen their own capital. He expects the levy to have a negative impact not only on prices but also on the volume of loans provided.

“Moreover, the levy disadvantages banks in Slovakia also in the area of liquidity,” said Štefanides. “Due to the levy on their deposits in banks in Slovakia, some large companies may consider moving them into other countries without such a levy. It also overprices the price of mortgage bonds by which banks finance their mortgages.”

Impacts of the levy

The special bank levy has already resulted in a changed outlook for the Slovak banking sector, higher banking fees and more revenue flowing to state coffers.

The special bank levy was one of the reasons Moody’s recently gave for changing its outlook for the Slovak banking system to negative.

“The outlook for the Slovak banking system has been changed to negative from stable, caused by the downside risks to economic growth and asset quality within the system,” wrote Moody’s Investors Service in its Banking System Outlook published on March 27.

Despite a recovery in profits in the last two years, Moody’s believes the weakening operating environment will depress banks’ profitability due to several macro and specific domestic factors, such as: a slowdown in lending growth; a likely increase in loan-loss charges, reversing the lower charges recorded in 2010 and 2011; the payment of the new bank tax...; and pressures on interest margins, driven recently by increased competition for deposits.

Maroš Ovčarik, an analyst with the website www.financnahitparada.sk, which compares financial products offered by banks in Slovakia, said that banks have increased their fees during the first quarter of 2012 more than in previous years and that this time the rise has also affected everyday services.

“I think this will be the response to the bank levy,” said Ovčarik, as quoted by the Sme daily.
The banks estimate that they will pay €97 million via the special levy this year; they have already paid €22 million during the first quarter, according to the Hospodárske Noviny daily.

First quarter profits in the Slovak banking sector shrank by 18.8 percent to €141.9 million.

“During the first months of 2012 the banking sector reported a lower profit than during the same period of 2011,” said Pauerová of the NBS, adding that the special levy imposed on banks is one reason.