ONE OF the first challenges for the government in the area of tourism will be setting new goals for the period 2013-2020 and preparing a strategy to accomplish them. Government officials, as well as businesses and tourism authorities, are suggesting several approaches that Slovakia could use to improve its tourism potential and attract more people to visit the country. 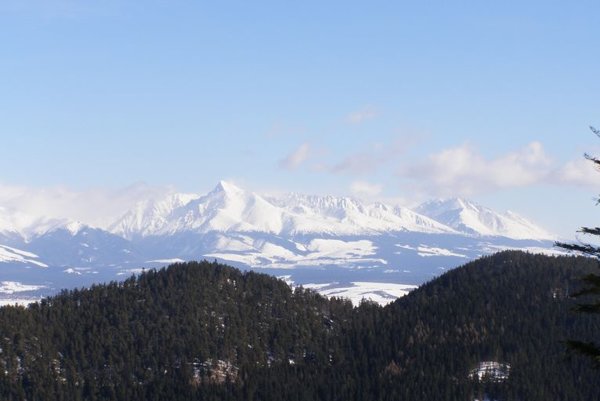 ONE OF the first challenges for the government in the area of tourism will be setting new goals for the period 2013-2020 and preparing a strategy to accomplish them. Government officials, as well as businesses and tourism authorities, are suggesting several approaches that Slovakia could use to improve its tourism potential and attract more people to visit the country.

“The aim of the economic policy in the field of tourism will be to increase our competitiveness in tourism by better use of its potential, with the aim to equalise regional disparities and create new jobs,” states the government’s programme document, recently approved by parliament.

The state government is proposing several initiatives and Martin Kóňa, spokesperson for the Transport Ministry, which has responsibility for tourism, told The Slovak Spectator that the ministry wants to stop “the decrease in the general competitiveness of the sector in Slovakia, even in comparison with our neighbours with whom we were at the same starting line several years ago”.

The ministry plans to continue implementing various measures in the tourism law that was amended last year as well as providing more support for cycling tourism, establishing a working group to focus on preparing solutions for “creation of landscape” and restoration of damaged parts of the countryside, cooperating with the Environment Ministry in finishing a new zoning regime for the High Tatras National Park, and preparing a new law on protection of nature, Kóňa said.

The ministry will create another working group with the task of preparing an analysis of the possibility of implementing a comprehensive national system for management of the quality of services in tourism, modelled on a system used in Germany, the spokesperson added.

New goals and their implementation strategy were discussed at a meeting between the Transport Ministry and various organisations active in the tourism sector. František Palko, the state secretary (i.e. deputy minister) stated at the meeting that the country’s strategy should focus primarily on increasing the contribution of tourism to Slovakia’s GDP.

“Our economy is oriented on exports; thus we are very responsive to external economic shocks,” Palko stated, as quoted by the SITA newswire.

The new strategy should not be based on documents that do not have measurable and achievable results, Palko added.

“I will be pleased if everybody understands that today it will not be about supporting a specific business sector, specific hotels,” Palko stated, as quoted by SITA. “We are interested in supporting specific regions.”

When asked which areas have potential, Kóňa said these would include “areas that we want to develop in the mid- and long-term horizon that reflect the real possibilities of Slovakia, regional as well as global trends in tourism and, most importantly, the real-time implementation of several measures that will determine if we are actually able to develop the chosen key form at a competitive level”.

Kóňa projected that the ministry will focus on areas such as hiking, visits to natural areas, lakes and aqua parks, and spa and health tourism, while seeking to attract people interested in winter and summer sports, cultural sites in cities, towns and the countryside, and agro-tourism.

The most strategic aim, Kóňa said, is to “point Slovakia on the way of dynamically increasing its competitiveness in tourism” and to define the “real position of Slovakia that should reflect up-to-date trends in tourism and demand, including the financial possibilities coming from both domestic and foreign tourists”.

The tourism committee of the American Chamber of Commerce (AmCham) told The Slovak Spectator that the strategy should set realistic and achievable goals with appropriate implementation schemes and establish target groups and countries for which Slovakia could create viable tourism packages.

“Also, Slovakia should be more active within the V4 [the Visegrad Group, composed of Slovakia, the Czech Republic, Hungary and Poland] and other selected foreign countries and it should try to create at least a few interconnected products in cooperation with these selected targeted markets,” the AmCham committee told The Slovak Spectator.

You can read more about this topic in the related article Investing in tourism: Attracting tourists