MORE than 3.5 million domestic and international tourists stayed in accommodation establishments in 2011, an increase of 10 percent from 2010, according to data released by Slovakia’s Statistics Office, with the number of foreign tourists having accommodation within Slovakia reaching more than 1.4 million, also a 10-percent increase compared to 2010. 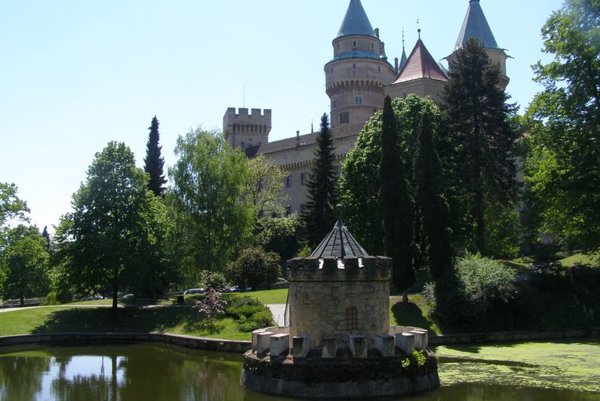 MORE than 3.5 million domestic and international tourists stayed in accommodation establishments in 2011, an increase of 10 percent from 2010, according to data released by Slovakia’s Statistics Office, with the number of foreign tourists having accommodation within Slovakia reaching more than 1.4 million, also a 10-percent increase compared to 2010.

Slovakia had the largest annual growth in the number of tourists among five countries of central Europe, with the Czech Republic attracting only 7.9 percent more visitors in 2011, Hungary at 7.8 percent, Poland at 6 percent and Austria at 4.6 percent.

Nora Gubková, head of the communication department at the Slovak Tourist Board (SACR), told The Slovak Spectator that the increased number of tourists visiting Slovakia was largely due to several big sporting events such as the 2011 Ice Hockey World Championship held in Bratislava and Košice, as well as the ice hockey matches held in Poprad as part of the Russian Kontinental Hockey League.

Another factor that could positively affect the number of tourists in Slovakia, according to Gubková, is “a targeted summer as well as winter campaign prepared by SACR, together with other tourism organisations, targeted at domestic and foreign markets”.

Gubková noted that SACR will try to attract tourists’ attention, as well that of investors and businesspeople, with presentations during the Summer Olympics in London that are designed to encourage them to visit Slovakia.

To encourage more domestic tourism, SACR has also prepared 12 broadcast episodes in which famous Slovak actors will advertise well-known and lesser-known attractions in Slovakia, Gubková added. But she noted that the number of visitors this year could be negatively affected by many factors, such as recession in Europe, negative opinions about Slovakia, and bad weather or natural disasters.

Parliament passed an amendment to the law on tourism in October 2011 that brought several changes, including methods for financing associations that operate in the tourism sector and the possibility for municipalities to join together to improve tourism in their region or in a certain specific field even if the municipalities or associations are not located next to each other.

The Transport Ministry has registered about 30 local organisations and two regional organisations, known as destination management organisations, as of March 31, Kóňa told The Slovak Spectator, adding that these have brought “significant qualitative changes to the managing processes, setting of priorities, and targeted allocation of financial resources”.

Kóňa added that the ministry will now try to focus on helping to solve any problems the new organisations face and will also continue implementing other measures in the law, noting that it is important for the organisations to survive more than just one or two years. He also stressed that the organisations should gain real experience and that destination management “is about them and for them”.

Gubková told The Slovak Spectator that the opportunity to establish destination management organisations is the most significant part of last year’s amendment to the law since it “motivates private and public organisations active in tourism to unite into local and regional organisations, to cooperate and to make joint marketing of their destinations so they will be able to receive contributions from the state for their development projects”, noting that this model has been successful in other countries.

As the destination management organisations develop their capabilities they should become strategic partners for SACR and help promote Slovakia abroad, Gubková said.
The tourism committee of AmCham praised the amendment for allowing businesses “to enter and create strategic partnership with cities in the regions and jointly promote and create packages for tourists”, noting that in just the several months since the amendment was passed, several dozen destination organisations have been established in Slovakia.