JAROSLAV Spišiak stood down from his job as president of the Police Corps in mid May after a busy one and a half years in which he imposed a raft of changes, including a new system to evaluate the work of police officers and oversaw the arrest of several high-profile criminals, such as members of the Piťovci and Sýkorovci organised crime groups. Despite his achievements, he now faces a lawsuit. 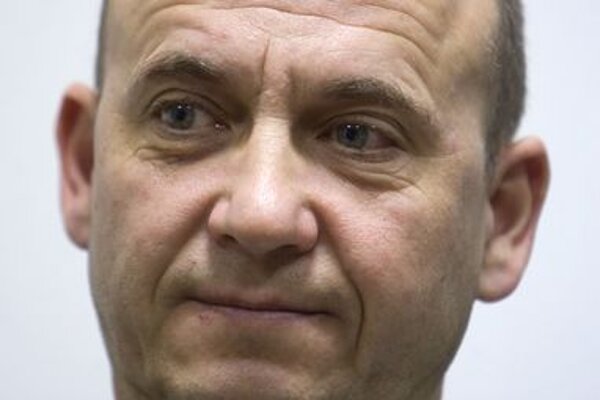 JAROSLAV Spišiak stood down from his job as president of the Police Corps in mid May after a busy one and a half years in which he imposed a raft of changes, including a new system to evaluate the work of police officers and oversaw the arrest of several high-profile criminals, such as members of the Piťovci and Sýkorovci organised crime groups. Despite his achievements, he now faces a lawsuit.

The suit was filed by three former members of the police’s Office for the Fight Against Organised Crime, Ivan Ševčík, Milan Lučanský and Jozef Mičieta, who claim that Spišiak slandered them, the Pravda daily reported. In an interview last year Spišiak noted that progress in arresting Karol Mello, who is accused of being responsible for the double murder of a boy and a woman in a village near Bratislava in 2004, occurred only after the three persons had left the police.

“While they were [serving as] police officers, Mello was systematically at large; when they left, we succeeded in detaining him,” Spišiak said in the interview with the Aktuálne.sk news website in October 2011.

Pravda reported that the three men filed their lawsuit in November 2011, seeking compensation of up to €300,000.

Spišiak defended his statement, saying that the sentence had been taken out of context since the question the journalist had asked during the interview was missing.

“The journalist read me a statement by then general prosecutor [Dobroslav] Trnka that the Police Corps had been weakened, since about 260 super-police officers had had to leave,” Spišiak said in an interview with the Sme daily. “Among them [were] those who are suing me in civil lawsuits and who filed this criminal complaint against me.”

Spišiak added that the journalist was referring to Trnka’s claim that if the police officers had not left, there would not have been such serious mistakes made in Mello's capture.

“I had to stand up for police officers who remained in the police and said that they had managed to detain and charge him with another two murders,” Spišiak said.

When asked why he believes he has been accused of slander, the outgoing police president said it was interesting that the case was being investigated by the Office of the General Prosecutor and not the inspectorate of the Interior Ministry, which normally oversees the police force.

“In gangland there is an opinion that it would be best to eliminate me, so I would never return to the police again,” Spišiak stated to Sme.

Former interior minister Daniel Lipšic, who appointed Spišiak and is now an opposition MP for the Christian Democratic Movement (KDH), said he considers the lawsuit against Spišiak shameful, the TASR newswire reported.

“Mello did remain at large during the tenure of the former Police Corps officials,” Lipšic stated, as quoted by TASR, adding that it is absurd to go to court over a true statement.

Lipšic also pointed to a relationship between the former police officers who filed the lawsuits and the head of the special department of the Office of the General Prosecutor, Peter Šufliarsky, saying that “if this is happening simply because somebody has a yachting buddy at the Office of the General Prosecutor, then I view it as a serious transgression and shameful”, TASR wrote.

Šufliarsky denied having any connection with investigation of Spišiak, saying that it “is not being pursued by me personally, or by prosecutors from the special department of the Office of the General Prosecutor”, the SITA newswire reported.

Valko murder ‘close to being clarified’

Meanwhile, both Spišiak and the new interior minister, Robert Kaliňák, have commented on the investigation into the unsolved murder of prominent lawyer Ernest Valko in November 2010. Valko, who played a central role in framing several crucial post-communist laws and served as president of the Czechoslovak Constitutional Court before Slovak independence in 1993, was shot dead on November 8, 2010 in his house in Limbach, near Bratislava.

His body was found in the living room of his home by his ex-wife and daughter.

Valko's murder was one of the most serious crimes investigated during the term of the previous government but no one has yet been arrested.

The first person to comment that the investigation was close to being wrapped up was Kaliňák, in an interview with the Plus Jeden Deň daily.

Kaliňák said that the main reason that the investigation had not yet been closed was that the police had made several mistakes and taken premature steps at the very beginning.

But Kaliňák said the situation was now different and that the investigation was proving “successful”.

“I will not tell you in what time frame we will end it [the investigation], but I know that police officers are very close and it seems really promising,” he told the daily.

Spišiak also commented on the Valko case in his interview with Sme. He was less positive than Kaliňák, but confirmed that the new minister had been briefed on the current status of the investigation.

He denied previous speculation that the murder could have been the work of an assassin since “it was not done [in a way] that the murderer was waiting for him with the intention to kill him”.

He told the daily that during the investigation several burglaries in the same area had come to light, adding that the men suspected of committing these crimes had already been arrested.