US investors snap up Slovak bonds

AFTER successful sales of bonds denominated in Czech crowns and Swiss francs earlier this year, Slovakia offered the country’s first US dollar-denominated bond issue on May 10, selling $1.5 billion (approximately €1.15 billion) of 10-year bonds. Demand was as high as $3.0 billion. 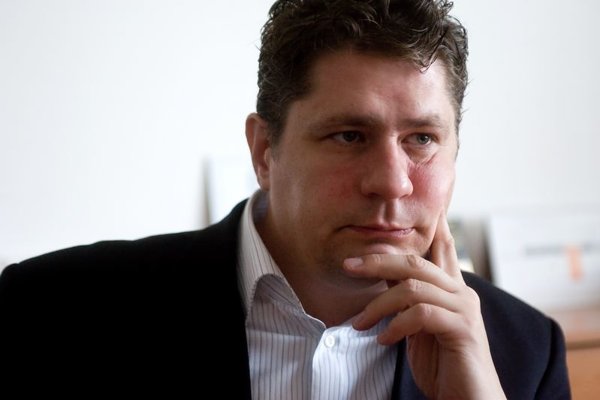 AFTER successful sales of bonds denominated in Czech crowns and Swiss francs earlier this year, Slovakia offered the country’s first US dollar-denominated bond issue on May 10, selling $1.5 billion (approximately €1.15 billion) of 10-year bonds. Demand was as high as $3.0 billion.

“It is necessary to say that we have achieved this result even after not-very-good information arrived from Europe,” Finance Minister Peter Kažimír stated, as quoted by the Sme daily.

The Debt and Liquidity Management Agency (ARDAL), which handles Slovakia’s debt issuance, was also satisfied with the results.

“I see placing of the bonds on the US market as having been very successful,” ARDAL head Daniel Bytčánek told The Slovak Spectator. “The aim of the issue was to find new investors outside our region, as well as outside the eurozone. We have also been trying to reduce the share of bank investors in state debt over the long term.”

Bytčánek specified that almost 70 percent of the issue was sold to investors outside Europe and that banks had purchased only 10 percent of the bonds, adding that American investors had acknowledged the general progress and stability of Slovakia.

The 10-year benchmark bonds were priced at 262.5 to 275 basis points over corresponding US Treasuries, Reuters wrote.

“In general, the ability of an issuer to sell longer-dated government bonds is perceived as a positive signal of confidence of investors and given the recent escalation of risk aversion (the VIX index of volatility grew to the highest level since the beginning of January), Slovakia’s ability to issue 10-year maturity bonds is definitely a success,” Vaňo told The Slovak Spectator. “The sale of $1.5 billion is also larger than the traditional size of Slovak government bonds sold in foreign markets; hence it signals not only a good level of confidence but also rather salient demand from investors.”

Vaňo added that particular the bond sales’ achieved spread, the high demand among investors and the rather long maturity of the bonds are indicators of its success.

Vaňo explained to The Slovak Spectator that the sovereign risk premium achieved in this auction, the maturity date and amount raised as well as the ratio between investors’ total demand and the number of bonds sold (called the bid-to-cover ratio) are the most important parameters used to assess the outcome of government bond sales. The economist said the spread for these bonds, which is a measure of perceived sovereign risk, ended at the level of 262.5 basis points over US Treasury bonds with a corresponding maturity and this compares relatively favourably with the current perception of Slovakia’s sovereign risk as measured in the derivatives market, a spread of around 300 basis points on 10-year credit default swaps (CDSs) for Slovakia.

The fact that this was the first issue of Slovakia bonds in US$ since 1998 might have contributed to its attractiveness among overseas investors who want Slovak government bonds but do not want to carry the risk of the exchange rate between euros and dollars, according to Vaňo, adding that the most important factor for any potential investor in government bonds of any country is the current status of its macroeconomic environment and its public finances.

“The adoption of the euro is repeatedly proving to have improved the regional competitiveness of Slovak exporters and also the resilience of its real economy in the face of adverse external developments,” Vaňo stated. “Despite a recent increase in the level of public debt compared with 2008, a clear and determined commitment by the new Slovak administration to continue in fiscal consolidation is another key factor contributing to the success of this bond issue.”

ARDAL began a strategy of diversifying Slovakia’s bond portfolio in the second half of February, when, for the first time since Slovakia adopted the euro, it borrowed on a market outside the eurozone. At that time ARDAL sold three-year Czech crown-denominated bonds worth about €500 million (CZK12.5 billion) to investors. Later, ARDAL sold Swiss franc-denominated bonds worth over €350 million (CHF425 million) in two tranches (6-year and 10-year) in mid March. In both cases Slovakia was able to borrow more cheaply than it has been able to in euros in recent months, the Pravda daily wrote.

According to Bytčánek, further non-euro issues are unlikely this year because the country’s €7.5-billion gross borrowing plan for 2012 is now 95-percent complete. The country plans to raise the remainder on the domestic market.

“We consider this [more non-euro debt issuance] as probable next year,” said Bytčánek, adding that the way in which the sovereign debt crisis in Europe is resolved will be of key importance for the decision. “Among the potential markets that we have not yet addressed are those in Great Britain and Japan. But I do not rule out, with regards to demand, returning to the Swiss and US markets.”

With regards to the pros and cons of selling non-euro bonds Bytčánek pointed to the exchange rate risk, although he noted that in this case it had been eliminated via a currency swap.

“The main advantage is diversification of the investment base and obtaining investors who do not usually buy Slovakia’s euro-denominated bonds,” said Bytčánek. “For such a small and little-known country like Slovakia the sale of bonds on other markets is a means of positively presenting the country. It can also bring side effects, for example direct investments in the country’s economy.”