THE SLOVAK insurance market grew moderately last year and firms’ profit levels rose considerably but the biggest players in the sector still speak about stagnation, sharpened competition and the likelihood of more consolidation among insurers. Representatives of the sector say they would like to see growth in insurance policies and premiums match the positive economic growth seen this year in Slovakia but add that new rules coming from the EU’s Solvency II directive and a ban on basing insurance premiums based on gender as factors that could significantly affect their business in 2012 and beyond. 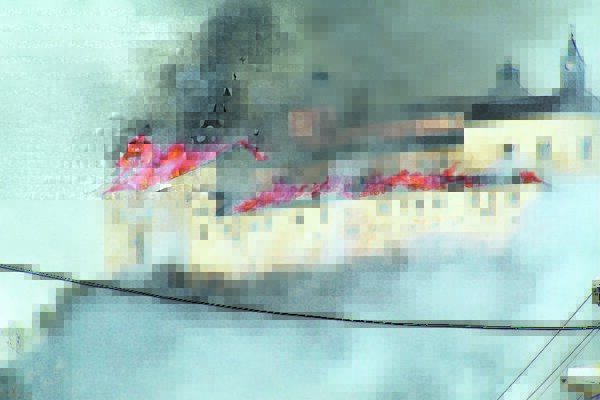 THE SLOVAK insurance market grew moderately last year and firms’ profit levels rose considerably but the biggest players in the sector still speak about stagnation, sharpened competition and the likelihood of more consolidation among insurers. Representatives of the sector say they would like to see growth in insurance policies and premiums match the positive economic growth seen this year in Slovakia but add that new rules coming from the EU’s Solvency II directive and a ban on basing insurance premiums based on gender as factors that could significantly affect their business in 2012 and beyond.

Žáková specified that premiums paid for traditional life insurance policies decreased by 2.4 percent and the number of policies declined by 7 percent.

The non-life insurance segment experienced an upturn last year after two years of negative developments and premiums for these kinds of insurance increased moderately, SITA wrote, based on the central bank’s analysis. The central bank reported that property insurance premiums recorded an annual increase of 6.1 percent. Premiums collected for compulsory car liability insurance also increased because of more policies for a larger number of registered cars.

The central bank wrote that the insurance sector’s claims ratio in 2011 was the best since 2006, due particularly to a drop in the claims ratio for property insurance, but the bank added that insurers’ costs also increased.

“The general economic situation affecting both the retail and corporate sectors is the main reason for only moderate growth,” Žáková told The Slovak Spectator. “Insurance companies are compensating for the decline in demand by creating new products addressing the new situation in a better way, as well as through their marketing activities.”

The Slovak insurance sector had an overall profit of €193 million in 2011, SITA wrote, citing figures from the central bank, noting that this was an increase of 44 percent from 2010 and that 2011 was the sector’s second most profitable year ever (only 2007, when overall profits were €5 million higher, was better).

The Slovak insurance market in general has been mimicking developments in the central European area, but only insurers in Slovakia saw growth in overall premiums, unlike their counterparts in Austria, the Czech Republic, and Hungary.

“The Slovak insurance market is not outside the tendencies of central Europe,” Žáková stated, adding its relative numbers are actually better and that total premiums collected decreased by 0.1 percent in the Czech Republic, by 1.7 percent in Austria and by 2.7 percent in Hungary. “But, of course, it is necessary to take into consideration different absolute levels – in Austria the premiums collected amounted to €16.5 billion, to €4.9 billion in the Czech Republic and €3.1 billion in Hungary – and different structures of portfolios as well as differences in reporting methods.”

Insurance companies in Slovakia called 2011 a year of stagnation due to the continuing impacts of the economic crisis, negative macroeconomic developments, real incomes among Slovaks that barely increased and reduced consumer expenditures due to concerns about job security and future income.
In assessing the market situation, Marek Jankovič, the chairman of the board of directors of Allianz-SP, told The Slovak Spectator that he expects some kind of consolidation in the sector.

“The competition is getting stronger and the market is stagnating,” Jankovič stated. “From our point of view a certain consolidation of the market will arrive in some period of time. Today, Slovakia has 20 licensed insurance companies as well as some branches of foreign companies operating here.”

“The crisis has caused the overall insurance market to stagnate or see growth that was only very moderate – of a single digit,” Vladimír Bezděk, CEO of Generali Slovensko, stated. “Thus almost all insurance companies are trying to maintain their portfolios and that leads to more competition and pressure on the prices of insurance products.

Bezděk added that prices have reached the bottom for compulsory car liability insurance and this segment of the business is recording losses.

In the life insurance part of the business Bezděk said economic concerns have caused a moderate increase in the number of people applying to terminate their insurance policies and has also caused interruptions in premium payments in some cases. The CEO added that since the Slovak government cancelled the opportunity for a taxpayer to reduce his or her tax base by purchasing a life insurance policy, this insurance segment is now less attractive.

Generali Slovensko also reported that it is seeing a trend in non-life insurance business in which Slovaks realise the value of protecting their properties from risks whose consequences could be financially disastrous, but that their limited financial resources act as a brake on actually purchasing insurance. Bezděk told The Slovak Spectator that the property insurance segment was hit with multiple natural disasters in 2011 and that while flooding caused record damage in 2010 it was heavy precipitation, windstorms and hail that caused the most damage in 2011, particularly to agricultural crops.

The Slovak Insurance Association expects growth in the insurance market to track the moderate economic growth expected in Slovakia this year, while the industry will also face changes stemming from the so-called Solvency II directive, a new EU regulatory framework to ensure that companies underwriting insurance and reinsurance policies are financially sound and can withstand adverse external events. The EU has also forbidden insurers from using gender as a factor in underwriting insurance, a rule which will take effect on December 21 this year.

“I do not dare to estimate any figures as there are too many factors like development of the euro, European as well as national legislation, and consumer sentiment that can affect the insurance business,” Žáková stated, while foreseeing that a new Slovak law on insurance that transposes the Solvency II directive should be adopted by parliament. She added that other significant impacts might come from changes in Slovakia’s pension scheme.

Slovak insurers are now preparing for the EU ban on using gender as factor when assessing insurance risks, and representatives of the industry have stated they expect the new rule to have a negative impact on policyholders. Žáková told The Slovak Spectator that expert studies indicate that prices for various kinds of insurance will increase, leading to reduced interest among people in lower-risk groups in purchasing insurance, a development that would then affect higher-risk groups.
“The whole economy will feel a weakening in the capital strength of the insurance sector,” Žáková stated. “Insurers are a significant financial investor and due to the character of their business they act as a significant counter-cyclical factor [in the economy].”

Bezděk of Generali Slovensko expects the new EU rule on gender to cause insurance premiums for some groups of people to increase next year but said this may boost interest by people in purchasing insurance during the second half of 2012, when current rates remain in effect.

Uniqa Poisťovňa, another insurer in Slovakia, told The Slovak Spectator that it is moderately optimistic about developments for 2012 but that it is also critical of the ban on basing insurance underwriting on gender.

Radomír Háčik, a member of the board of directors of Uniqa Poisťovňa, said that his company does not consider the EU’s decision to require the same insurance rates for men and women as granting equal rights but as artificial interference in the calculation of insurance prices based on valid statistical data.