MORE AND MORE media headlines cover huge losses caused by natural disasters around the world. This is not only because of the media’s natural appetite for reporting sensational news but also a result of the objective reality of higher losses due to natural disasters in recent years. Some experts claim that the rising number of natural disasters is a consequence of global climate change as well as continuing economic growth. 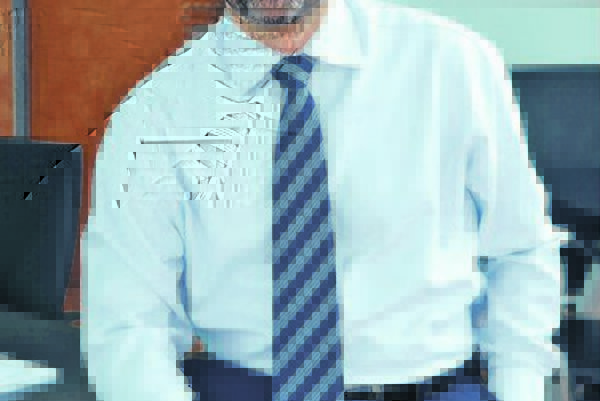 MORE AND MORE media headlines cover huge losses caused by natural disasters around the world. This is not only because of the media’s natural appetite for reporting sensational news but also a result of the objective reality of higher losses due to natural disasters in recent years. Some experts claim that the rising number of natural disasters is a consequence of global climate change as well as continuing economic growth.

Since 1970 the average annual losses from natural disasters have risen by as much as 21 times: from about $5 billion in the early 1970s to over $105 billion in 2011. Last year was actually a record year in the amount of damage claims paid due to natural disasters and the 10 largest natural disasters in 2011 accounted for about 81 percent of all claims. The earthquake and subsequent devastating tsunami that struck Japan in March 2011 caused losses of between $35 and $40 billion.

Slovakia is no exception

Even though it may sometimes seem like Slovakia is an exception on the map of recurring natural disasters that cause extensive material and human losses, this is really not true. The floods that struck central and eastern Europe in 2010 caused losses of billions of euros and claimed tens of human lives. Slovakia was one of the hardest hit countries and its floods caused total losses of up to €700 million. Insurance companies have already paid claims of between €80 million and €100 million to cover damages in Slovakia caused by the flooding in 2010.

But floods are not the only natural disasters that can strike in Slovakia. Last year the country witnessed a high number of thunderstorms and lightning from these storms alone caused losses exceeding €1 million. Another type of damage from natural causes that occurred just a few months ago was the deep freezes for several weeks during the early months of 2012 that particularly tortured drivers and led to multiple accidents.

A quick comparison of the total losses caused by the floods of 2010 and the claims paid by insurance companies show the total damage at between €500 and €700 million with paid insurance claims of €100 million. So losses reaching €400 million or more were not insured and this can result in unrepaired public sector transport infrastructure or private individuals’ loss of lifelong savings.

It seems that many people still expect to rely more on protection and assistance from the state government, but it does not have the financial capacity to compensate each citizen for losses from natural disasters. Commercial insurance is becoming the only reliable shield from losses stemming from floods and other natural disasters. But statistics in Slovakia show that at least half of all privately-owned real estate is inadequately insured or not insured at all, leaving these people to mostly depend on their own resources if disaster strikes.

The situation is similar in the business sector, even though a good insurance policy may mean the difference between a company’s existence and its bankruptcy. Property insurance gives a business a certain level of security in payment of claims for property losses but if it takes five or six months to repair the business property, put machines back into operation and again fully resume production, having adequate insurance that covers business interruption can make a real difference.

But people must realise that relying only upon government help is not a solution these days and it should be a matter of course to insure their homes not only against natural disasters but also against the possibility of robbery or fire, just as they lock their doors before they leave. When a natural disaster happens, the most important obligation for an insurance company is to help those affected quickly, in a straightforward way, and to have lots of understanding for those who have suffered losses.