THE QUALITY of universities in Slovakia is always a popular theme when a new education minister takes office, with presentation of what they call novel approaches aimed at improving the global ranking of the country’s schools of higher education and their image in the eyes of students. 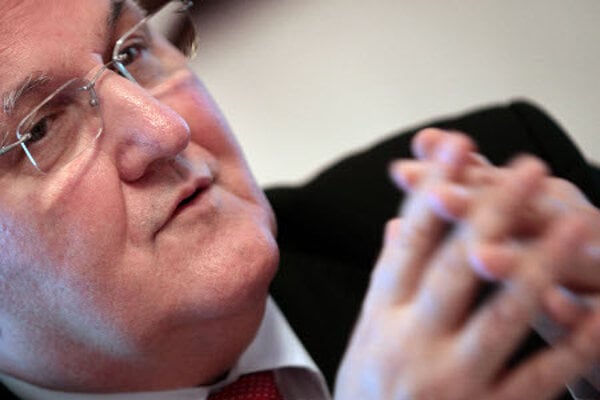 THE QUALITY of universities in Slovakia is always a popular theme when a new education minister takes office, with presentation of what they call novel approaches aimed at improving the global ranking of the country’s schools of higher education and their image in the eyes of students.

“Flying teachers”, as Slovak media have called these individuals, were first written about by the Hospodárske Noviny financial daily in an article published at the end of April. It described several university teachers who were working full-time at three or four schools that were some distance apart.

“The current state cannot be considered sustainable and correct,” Education Ministry spokesperson Michal Kaliňák told The Slovak Spectator, adding that it is not really possible for an individual to “fully operate at two and more positions during the fixed weekly working time”.

One of the most outspoken critics of Čaplovič’s proposal is MP Mojmír Mamojka, a colleague from the Smer party, who currently chairs parliament’s committee for education and is the rector of a private college in Sládkovičovo.

“It is a prohibition of work that is discriminatory and unfair,” Mamojka stated, as quoted by the Sme daily.

Mamojka said there are many professions in which individuals have the capability to hold more than one full-time job, like surgeons or politicians.

Mamojka’s opinion was shared by teachers approached by Sme who claimed that they manage to do all their jobs effectively as they often teach the same subject and know it very well.

“First of all, this measure will make the situation at universities more objective and will make the full-time jobs of university teachers more realistic,” Kaliňák from the ministry told The Slovak Spectator, adding that subsequently there will be a possibility to “re-evaluate the staffing of education programmes”.

Kaliňák also said if the proposal results in a lack of teachers, certain study programmes will need to end and “free the capacity for the remaining departments”.

The SITA newswire wrote that the only exception that is currently part of the ministry’s proposal is that it will not apply to those who work outside the formal academic sphere.

Mamojka told Sme that if the proposal passes parliament Slovakia will face a lack of qualified teachers and numerous study programmes will lose their accreditation.

Renáta Králiková from the Slovak Governance Institute (SGI) told The Slovak Spectator that the Education Ministry should focus on the actual results of teachers rather than how many jobs they have, and that universities and colleges could deal with this as an internal issue without directives or a new regulation coming from the ministry.

According to Králiková there is also the possibility that if certain teachers have only one full-time job there may not be any net gain to the schools if the teachers do not fully invest their energy into teaching.

When asked if there are positive outcomes from a teacher working at several schools, Králiková said that these teachers can offer better interconnections between scientific teams at different schools and that can result in more comprehensive solutions to scientific tasks. She added that this also permits students to meet and experience different teachers.

Králiková did agree that when a teacher has several jobs, he or she cannot devote as much time to his or her primary university or college, but suggested that problem should not be resolved by restricting the number of full-time jobs a teacher can have but through “setting and enforcing observation of strict criteria for measuring the output of scientific work”.