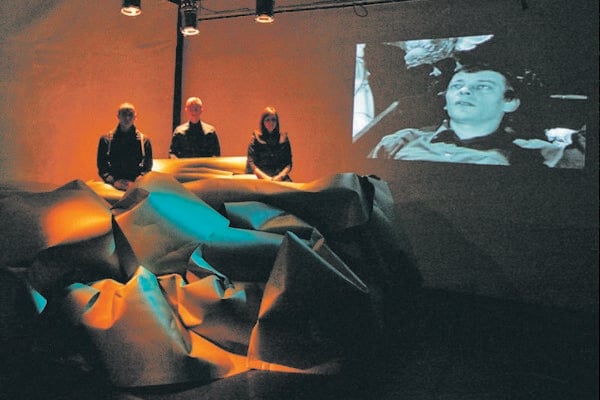 Selected guests have been playing with the Russian musicians: in most cities and towns (including Bratislava, Žilina and Prešov) they performed with Czech pop singer Bára Basiková; Russian pop band Alexandrov Park; and – most notably –the Budapest Gypsy Symphony Orchestra, known in Slovakia as 100-členný cigánsky orchester (the 100-member Gypsy Orchestra). At a press conference on May 23 where both musical bodies were represented they said that in Nové Zámky, where they will join forces on June 4, they would set a new record, with more than 200 musicians on stage at one time.

The art director and first violinist of the Gypsy Orchestra, Buffó Rigó Sándor, admitted that it was a lucky coincidence that his troupe had to return to Budapest and could not stay overnight on June 4, as there was certainly no hotel in the town big enough to house both huge ensembles. He added that the rehearsal with Alexandrovci would take just a few minutes, as his orchestra has never played from scores and would improvise when accompanying the Russian band. Even at the press conference, the members of the Budapest Gypsy Orchestra present quickly picked up and played along with the Russian songs their Russian counterparts performed.

Alexandrovci also used the media event to present some of its members, including conductor Nikolai Kirilov, soloists Vadim Ananev and Boris Diakov, and the youngest member of the ensemble, 6-year-old Valerya Kurnushkina, who performs under the stage name Leri. She won a song contest last year and part of her prize was a musical gig with Alexandrovci. Leri proved so free of stage fright and quick to learn that she has become a regular member of the army ensemble and has even been granted the rank of lieutenant. She sang the world-famous Russian national song Katyusha at the press conference. The Alexandrov Ensemble also performs, along with traditional songs and military music, more modern pop, rock and jazz pieces.