YOUNG multi-instrumentalist Jerguš Oravec opened an exhibition of his father’s works in the House of Art (Dom umenia) in Bratislava on May 17. Jerguš, 23, invited renowned harmonica player Erich “Boboš” Procházka and the a cappella band Fragile to support the opening event. 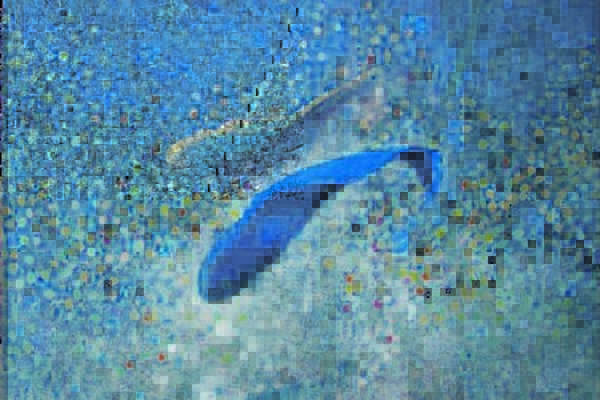 YOUNG multi-instrumentalist Jerguš Oravec opened an exhibition of his father’s works in the House of Art (Dom umenia) in Bratislava on May 17. Jerguš, 23, invited renowned harmonica player Erich “Boboš” Procházka and the a cappella band Fragile to support the opening event.

“I grew up in father’s studio and I think we have a very original relationship. One could say he is like my older brother who has always managed to show me the right direction,” Jerguš said of his cooperation with his father, as quoted by the TASR newswire. The young musician recently released a recording of a concert he performed in the Blue Note jazz club in Nové Mesto nad Váhom called “3jo Still Learning” and it was ceremonially launched or “baptised” by Procházka during a party on May 21 in the KC Dunaj culture hub in the Slovak capital.

As well as his own compositions, Jerguš Oravec plays songs by B. B. King, Jimi Hendrix and Slovak jazz musician Peter Lipa.

“Boboš was the first great musician I had the honour to meet personally. I was 16 then, had shoulder-long hair and listened to Led Zeppelin. Boboš showed me the way to blues and spiritual music, from where I got as far as jazz and fusion,” Jerguš told TASR.

His father Juraj Oravec, 56, is an artist specialising in painting, graphic art, drawings and monumental objects. The current exhibition, presenting paintings from 2005-2012, is called Tesne pod povrchom (Immediately under the Surface) after one of the exhibited works.

“The very name shows that his paintings are by no means superficial; the author goes deeper to uncover bizarre forms and dimensions of the human soul, existence, and also our ego – through stirring painting stories,” the curator of the exhibition, Danica Lovišková, said.

Lovišková explained that the original idea was to hang the big paintings around the most spacious room in the House of Culture in SNP Square. But she and Oravec found the big radiators around the room too disturbing, and decided to put the works on the floor and lean them against the walls instead, thus covering the ugly heaters.

“I wanted people to bow to my paintings,” Oravec joked at the opening.

His works are truly monumental – up to 10 square metres in size. The exhibition can be seen Tuesdays to Sundays between 10:00 and 18:00 until June 16.