SLOVAKIA and Italy are linked by extensive economic and commercial relations, and this network is woven from contacts between companies ranging in size from large corporations to small family businesses. Both countries have been stung by the global economic crisis, which has nonetheless brought new challenges and inspired new initiatives by potential investors. 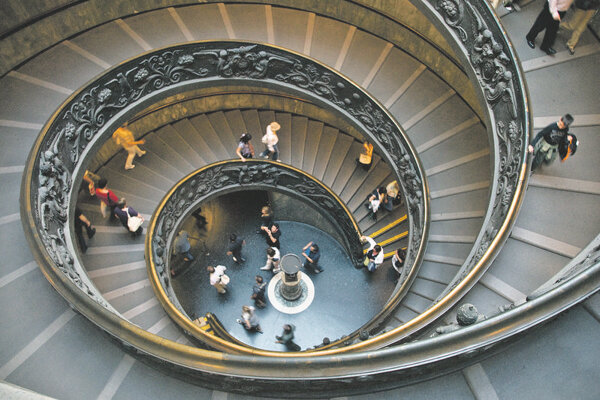 SLOVAKIA and Italy are linked by extensive economic and commercial relations, and this network is woven from contacts between companies ranging in size from large corporations to small family businesses. Both countries have been stung by the global economic crisis, which has nonetheless brought new challenges and inspired new initiatives by potential investors.

“Relations between the two countries are undoubtedly very rich in economic cooperation,” Roberto Rizzo, the deputy head of the Italian Embassy in Bratislava, told the Slovak Spectator, adding that last year Italy was the ninth biggest supplier to Slovakia, especially thanks to small and medium-sized companies from the north-eastern part of Italy, which is the seventh biggest consumer of Slovak products.

The most intensive cooperation is in the automotive industry, in production of high-end components, in the agriculture and food industry, as well as in the energy, banking and insurance sectors, according to Rizzo. He sees the best prospects for development in areas like production of energy from renewable resources and infrastructure construction.

Marian Záhora from the Slovak Economy Ministry’s international trade department pointed out that while Italy is among the more important players on the international market and is the seventh most developed economy in the world and the fourth biggest in the EU, its economy found itself in a very difficult situation in 2011 and, after Greece, it is among the most indebted European countries.
Gross public debt accounted for 120.1 percent of GDP and the prognosis for 2012 is not very optimistic, with the prospect of further debt growth.

“From the viewpoint of Slovakia, Italy belongs among our most important trading partners, one with which Slovakia has been keeping a highly positive trade balance over the long term,” Záhora told The Slovak Spectator.

Automotive industry products, devices for telecommunications and recording and reproduction of sound, steel products, footwear, electrical appliances and others dominate exports from Slovakia to Italy. Imports from Italy include automotive and machinery industry products, textiles, plastics, metalworking machines and products made from non-metallic minerals.

The effects of the crisis

While the Slovak Economy Ministry regards the interest of Italian investors as having stabilised, the Italian Embassy as well as the chamber say there has been a change. The experience of the Italian Embassy is that while many new projects have been suspended until the financial crisis in the eurozone stabilises, a number of Italian entrepreneurs from the agricultural, food and machinery sectors are interested in entering the Slovak market with the aim of finding new customers and outlets here.

“It seems that the crisis has, paradoxically, forced many Italian companies to come to Slovakia and look for new opportunities and benefits here,” said Rizzo.

Dovigi agreed that the crisis in Italy has prompted many entrepreneurs to reconsider foreign markets and delocalise production in order to optimise costs.

“The trend is to turn towards the fastest growing developing markets, such as BRIC [Brazil, Russia, India and China] countries,” said Dovigi. “Nevertheless, Slovakia is still an appealing country for Italian businesses due to its strategic position and eurozone membership, as well as its comparatively favourable taxation system in comparison with the neighbouring countries.”

According to him, Italian investors consider the position of Slovakia, its productivity and its levels of taxation as advantages of running a business here, and he notes that machinery, services and automotive are the sectors which most interest Italian investors.

Italy is fourth in the ranking of direct foreign investors in Slovakia. While some big Italian companies are present, small and medium-sized entrepreneurs employ a large number of Slovaks, according to Rizzo.

Richard Dírer from the Slovak Investment and Trade Development Agency (SARIO) told The Slovak Spectator that other Italian investors have arrived in Slovakia over the last few years, for example automotive parts producer Magneti Marelli as well as Laminated Tubes Italia.

In his opinion, machinery production will remain a dominant sector, but SARIO expects other areas, like services, to be interesting to Italian investors.

Záhora added that Italian investors are focusing on energy, the chemical industry, the automotive industry, the footwear industry, but also the food industry and banking.

Based on preliminary statistics from Slovakia’s central bank, the National Bank of Slovakia, the aggregate inflow of direct investments from Italy to Slovakia totaled €2.9 billion up to the end of 2010, while in 2011 an additional €6.34 million arrived.

Between 2002 and 2011 SARIO assisted 21 Italian companies to become established in Slovakia. The projects involved investments of €128.4 million and the creation of almost 1,127 working places, according to Dírer.

“SARIO is currently working on five investment projects from Italy with a planned volume of investments of €80 million and 900 planned jobs,” he said.

Support for Slovak entrepreneurs in Italy

The chamber is ready to assist Slovak quality products in the Italian market and provide support to small and large enterprises in networking with Italian firms or in bringing investment and innovative projects to Italy.