THE WELL-KNOWN international dance festival Bratislava v pohybe (Bratislava in Movement) will return to its original time period in June after last year’s 16th season was held in late September and early October. 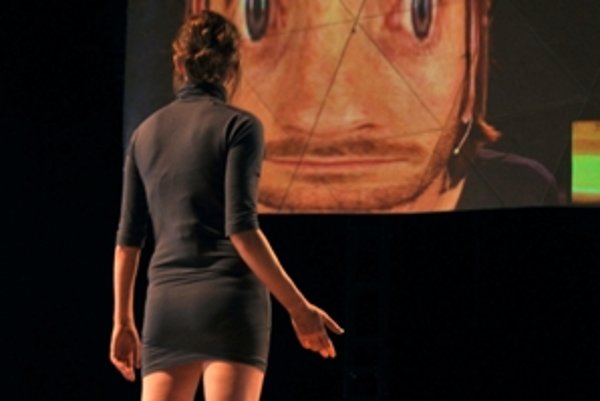 THE WELL-KNOWN international dance festival Bratislava v pohybe (Bratislava in Movement) will return to its original time period in June after last year’s 16th season was held in late September and early October.

The head of the festival, Vladimíra Kovářová, told a press conference that the festival will be split into two parts this year, mostly due to organisational issues. The first part, designed for the general public, will take place between June 16 and 24 while a second part will come in September and focus on workshops and seminars for dance students. The June events will include the screening of two short films about dance: Voices and Darkroom, both by Peter Bebjak. The traditional “Dancing in the Streets” in which dancers promote the event and attract audiences by performing in the streets of Bratislava will be repeated once again.

Kovářová told the media that the festival will be opened and closed by foreign dance ensembles. On festival’s first day an Austrian dance group called Liquid Loft, led by Chris Haring, will present its idea of love quarrels in the era of internet and this multi-media show will use a webcam and other modern technology to show perceptions of modern communication forms. The Hungarian ensemble Hodworks will present its Basse Danse show on June 22, which recently received the Laban Award as the best contemporary dance performance in Hungary. Choreographer Adrienn Hód used a period court dance from the 15th century, Basse Dance, to stage improvised dance to live Renaissance music.

The closing dance performance of the festival will be Talk Show, featuring choreography by Rui Horta from Portugal. A romantic couple will be shown at a young age and then in their 50s, putting into contrast differing perceptions of not just the body and its possibilities but also a changing relationship. Kovářová said the foreign performances will include more spoken words than is common for dance theatre but added that these will be in English and there will be translations and bulletins for Slovak audience members.

Domestic choreographies include Czech In by Nová Scéna’s Dance Troupe, formerly known as Balet Bratislava, consisting of three pieces by two renowned Czech choreographers, Libor Vauclík and Jiří Kylián, which premiered in March. Another domestic piece, Voda na vode (Water on Water), recently premiered by Elledanse, the dance school and theatre led by Šárka Ondrišová, contemplates the subconscious – symbolised by water – and the power of memories.

Kovářová said the festival will bring offerings by young and promising choreographers and its unifying ideas are issues of communication and relations in the modern world, tension between seeking isolation and longing to associate with others, and the relationship between physical and virtual communication.